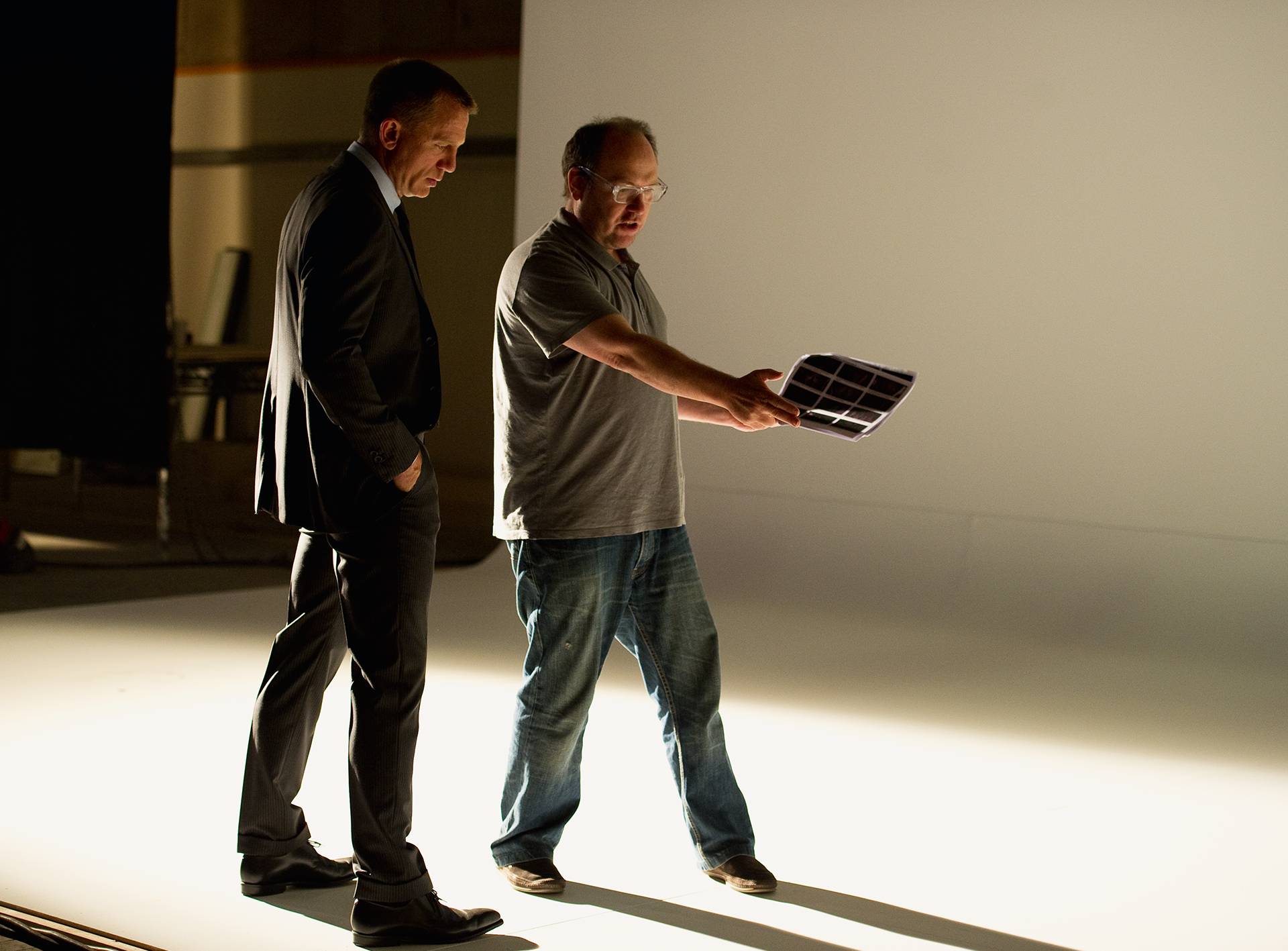 A prolific commercial and music video director, Daniel Kleinman has designed the title sequences for eight of the last nine Bond films including Casino Royale, Skyfall and the upcoming No Time To Die. We asked him to select his favourite title sequences from all 25 films in the franchise…

You Only Live Twice

“I think it’s my favourite sequence because I love the Japanese imagery. Directed by the legend Maurice Binder, I think it’s so clever with the parasols making these amazing patterns, and the colours are really spectacular with the geishas and the volcanos. There is something just very cool and very sexy and slightly of its time. I love that era of imagery, so it’s nostalgic for me as well. It’s such a great song and Nancy Sinatra does it so well – it’s a great sequence, I love it.”

“This was created by Robert Brownjohn and not Maurice. I loved the idea of projection onto bodies. There’s the marvellous shot of the rotating number plate on teeth and I just think those sorts of ambiguous images he did really well. It’s very Sixties but it’s got a sexy sort of otherworldliness about it. I can imagine when you first saw it in the Sixties it just transported you to a world of exoticism, beauty, mystery and excitement. I think it’s a real classic, that one.”

On Her Majesty’s Secret Service

“It’s classic Binder – silhouettes used in collage to create unusual juxtapositions. Time is the theme, I love the Harold Lloyd-type clock face and the use of the hour glass with images falling through it as a way of depicting what has gone before, reminding us of the heritage despite the new Bond. Then silhouettes create an hour glass shape, it’s very inventive, quite beautiful and evocative of the era. Interesting that the theme is instrumental so the images have to work extra hard. It was a great film as well.”

“I was very pleased with Skyfall. I thought, ‘OK, this sequence is what’s going on in his mind, you’re almost going inside his head as he sees his life flashing before him. He’s getting sucked under, it asks the question is he going to the other world because he’s died or is he not?’ I felt out of the title sequences I’ve created it’s the one that’s got closest to the vision I had in my mind to begin with. I suppose what most people don’t realise is the actual physical process of creating the imagery at such a high resolution is very time-consuming and very complex. These days it requires a lot of people. It’s very easy for it not to turn out how you want, and for things to be not quite right or go off in directions you didn’t imagine.”

“The cover of the original book, a playing card, was actually designed by Ian Fleming himself. I thought that’s so great how the iconography of playing cards and the graphics of roulette and money could be made into patterns. It was so unusual and different and it was quite fun to do. It was my first one with Daniel Craig and originally we were filming his stunt double, but Daniel came down to the shoot and he was watching what we were doing and he said, ‘Look, I’d really like to do this because I think I move in a slightly different way.’ So quite a lot of the figures we rotoscoped and animated are actually him doing the action. I didn’t think he’d want to do it, but he was very up for it. He is a perfectionist so it was great to get him to be part of it.”