Bond in Motion – No Time To Die

The National Motor Museum at Beaulieu is the home of Bond in Motion – No Time To Die, an exhibition featuring the iconic cars, gadgets and costumes from the latest film. This is the first opportunity to see Q’s full-size folding-wing glider, dramatically suspended above Bond’s silver birch Aston Martin DB5. Fresh from the streets of Matera, the iconic car has the new LED number plate, headlight miniguns and bullet damage. Also on display are the Aston Martin DBS Superleggera, driven in the film by new agent Nomi, the No Time To Die Aston Martin V8 – last seen in The Living Daylights (1987) – and the Chevy Bel Air. Fans of four-wheel drives will enjoy Bond’s Land Rover Series III and the Land Rover Defender 110. A Triumph Scrambler motorcycle and Royal Alloy Scooter are also on display. 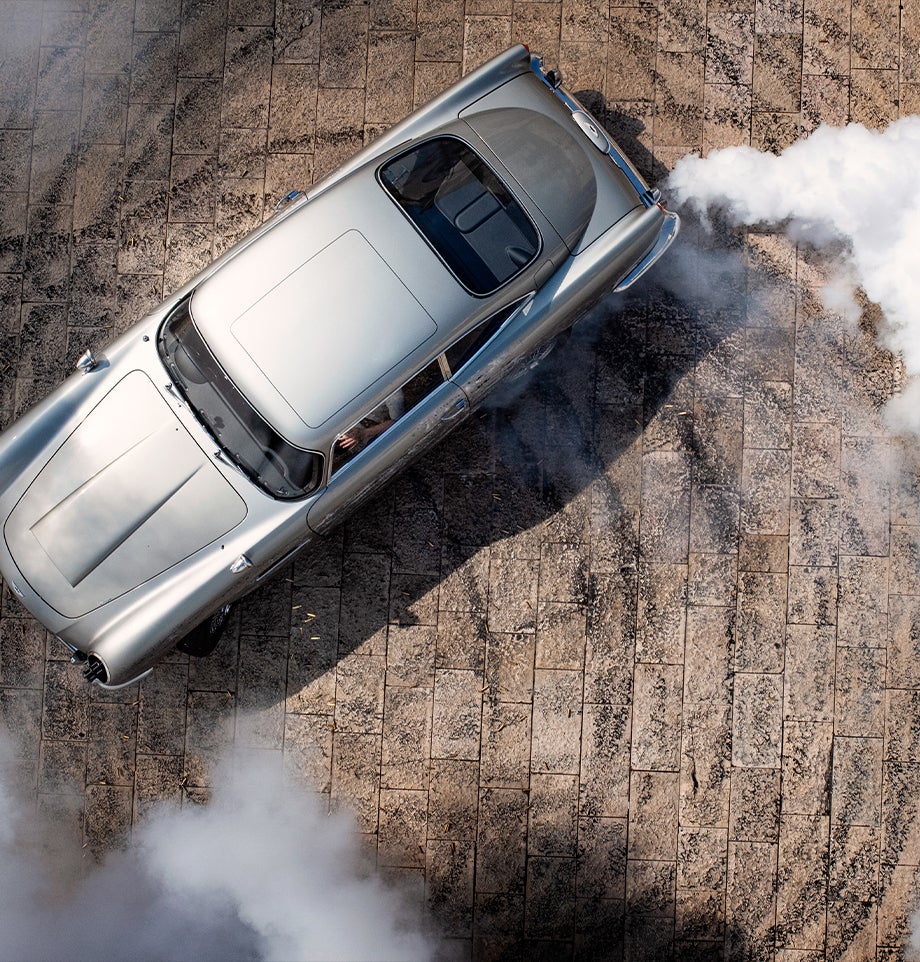 Visit Bond in Motion at the Petersen Automotive Museum, LA. The exhibition celebrates Bond’s 60th anniversary with the largest official display of 007 vehicles to date in the USA. Located in the Mullin Grand Salon gallery, Bond in Motion features more than 30 cars, motorcycles, boats, submarines, helicopters seen on screen, alongside scale models of aircraft used for filming. 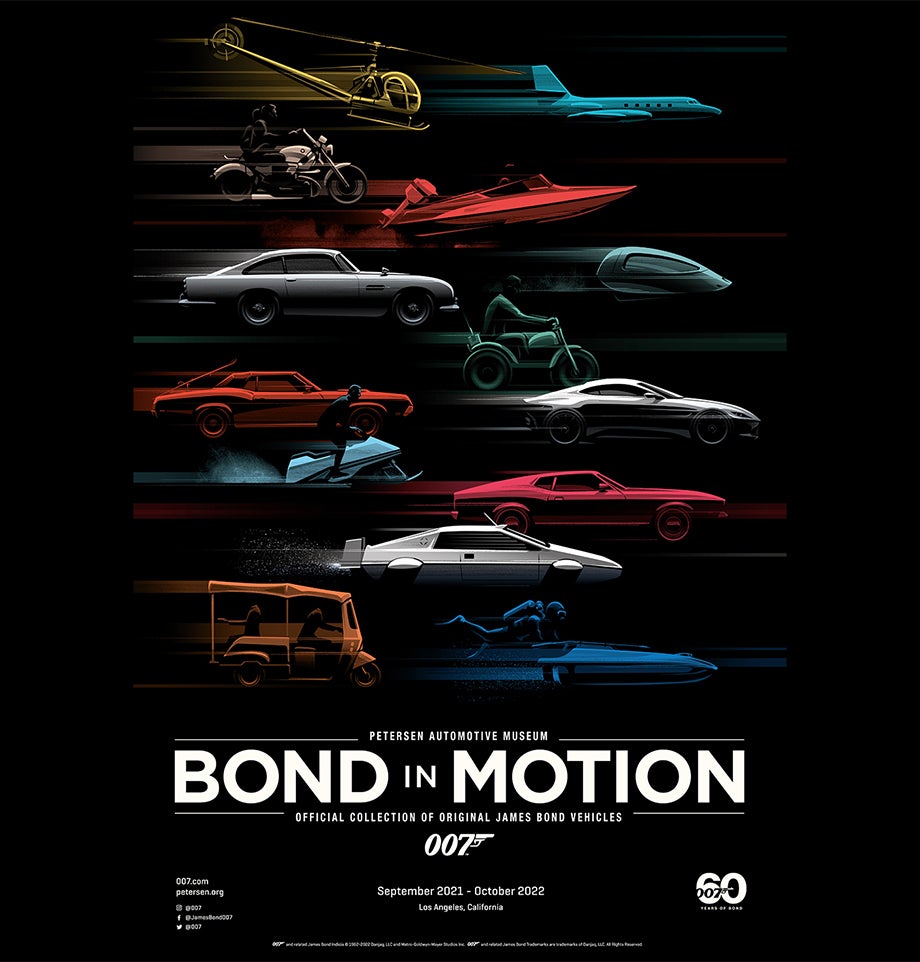 007 ELEMENTS is a world-first — a cinematic installation dedicated to the world of James Bond built inside the summit of the Gaislachkogl Mountain in Solden, Austria, 3,040 metres above sea level. The name 007 ELEMENTS reflects the visitor journey through a series of galleries, each distilling the craft of the signature elements that define a James Bond film. The installation focuses on Spectre, which was shot in Sölden and also features other titles in the long-running Bond film franchise. 007 ELEMENTS guides visitors on a journey through a series of high-tech, interactive galleries, displaying the signature elements of a Bond film — the beautiful title sequences and dramatic scores; the jaw-dropping action sequences; the cars, gadgets and technology; the breath-taking locations and iconic studio sets and lastly, a host of compelling characters. 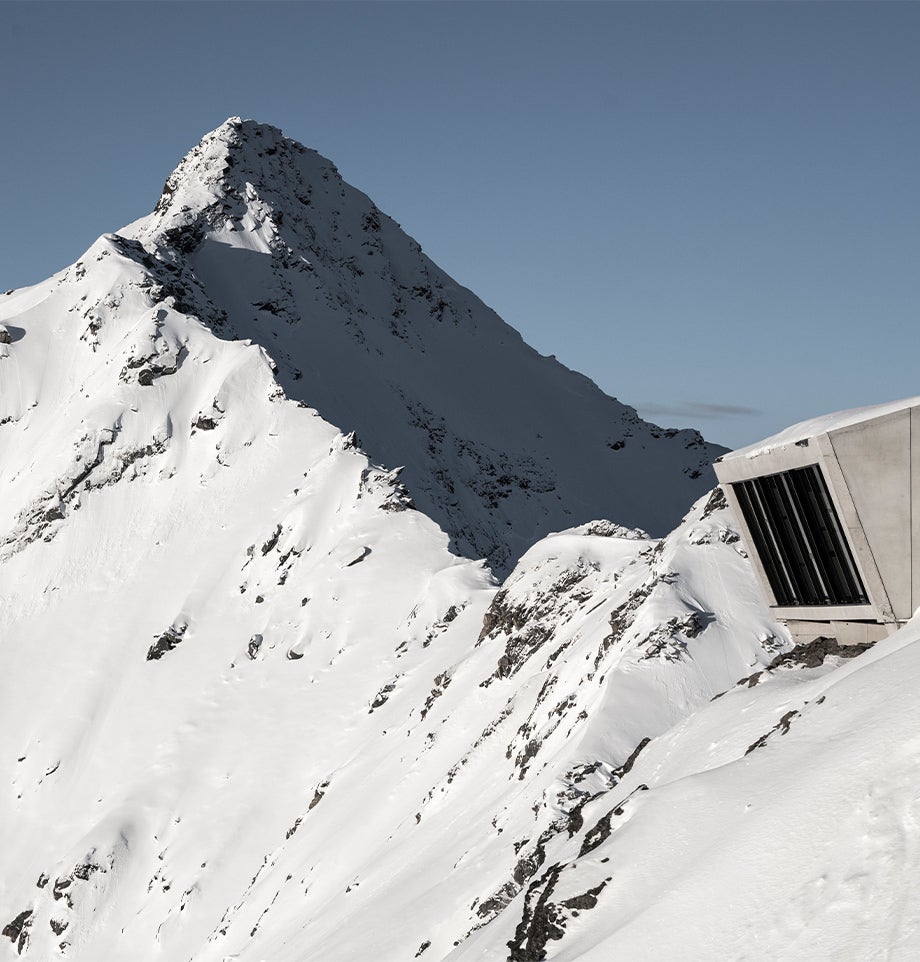 007 x SPYSCAPE: DRIVEN explored the creative process behind the James Bond films, taking a look at the multi-facetted world of 007. The exhibit revealed the secrets of Bond’s trusted Aston Martin DB5 with a close-up look at the technical modifications. From a detailed interpretation of Q’s Lab, to original concept art in Oscar®-winning Production Designer Sir Ken Adam’s studio, visitors could also peek behind the scenes of Skyfall’s explosive finale. Now ended, the exhibit was part of Spyscape’s celebration of secrets, spies and extraordinary gadgets based in Manhattan, NYC. 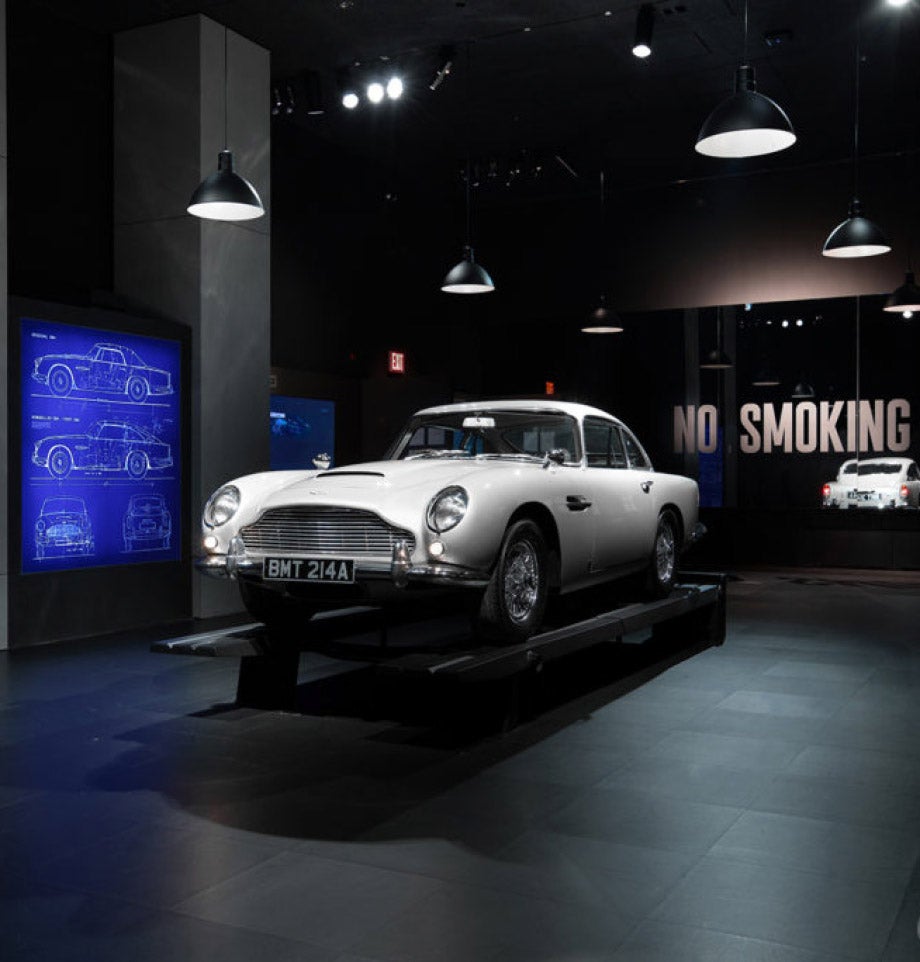 Secret Cinema Presents Casino Royale is an immersive cinematic experience putting guests at the heart of the action. From the bustling markets of Madagascar to the heart of MI6, the Casino Royale in Montenegro to Venice’s shady backstreets, the experience takes you on a mission across the globe. The event debuted in London in 2019 to widespread critical acclaim and drew record-breaking crowds of over 120,000, before transferring to Shanghai in partnership with SMG Live. 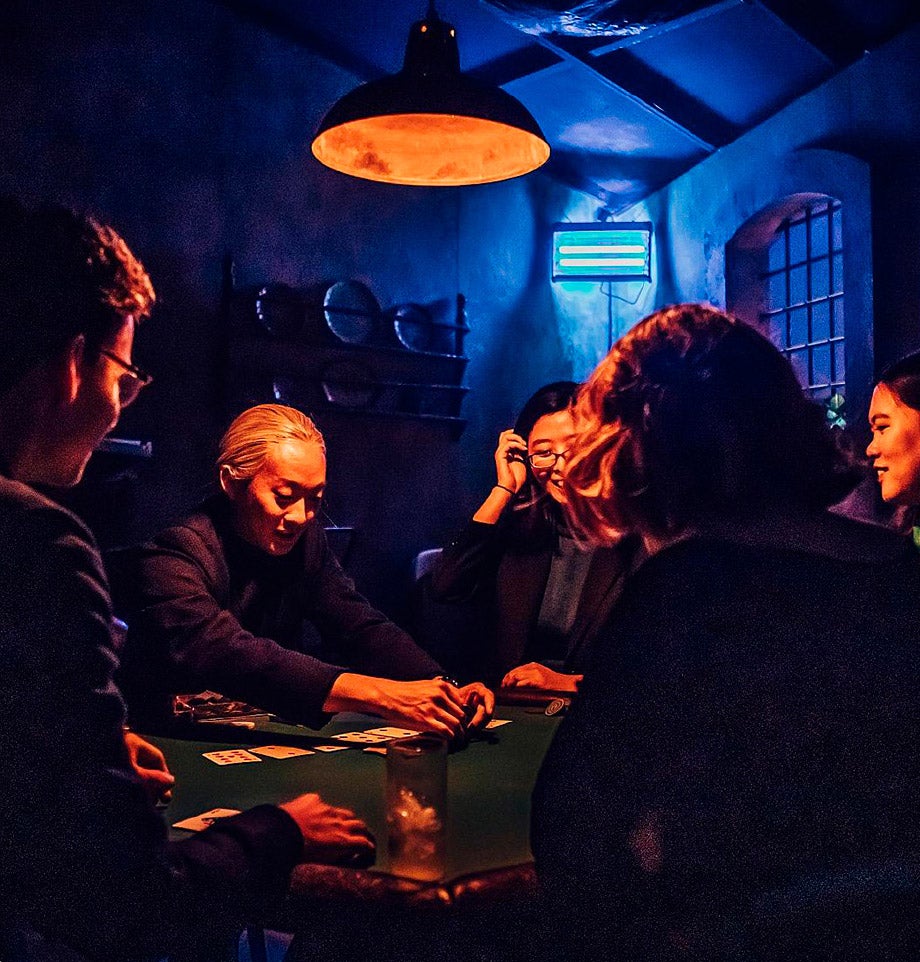