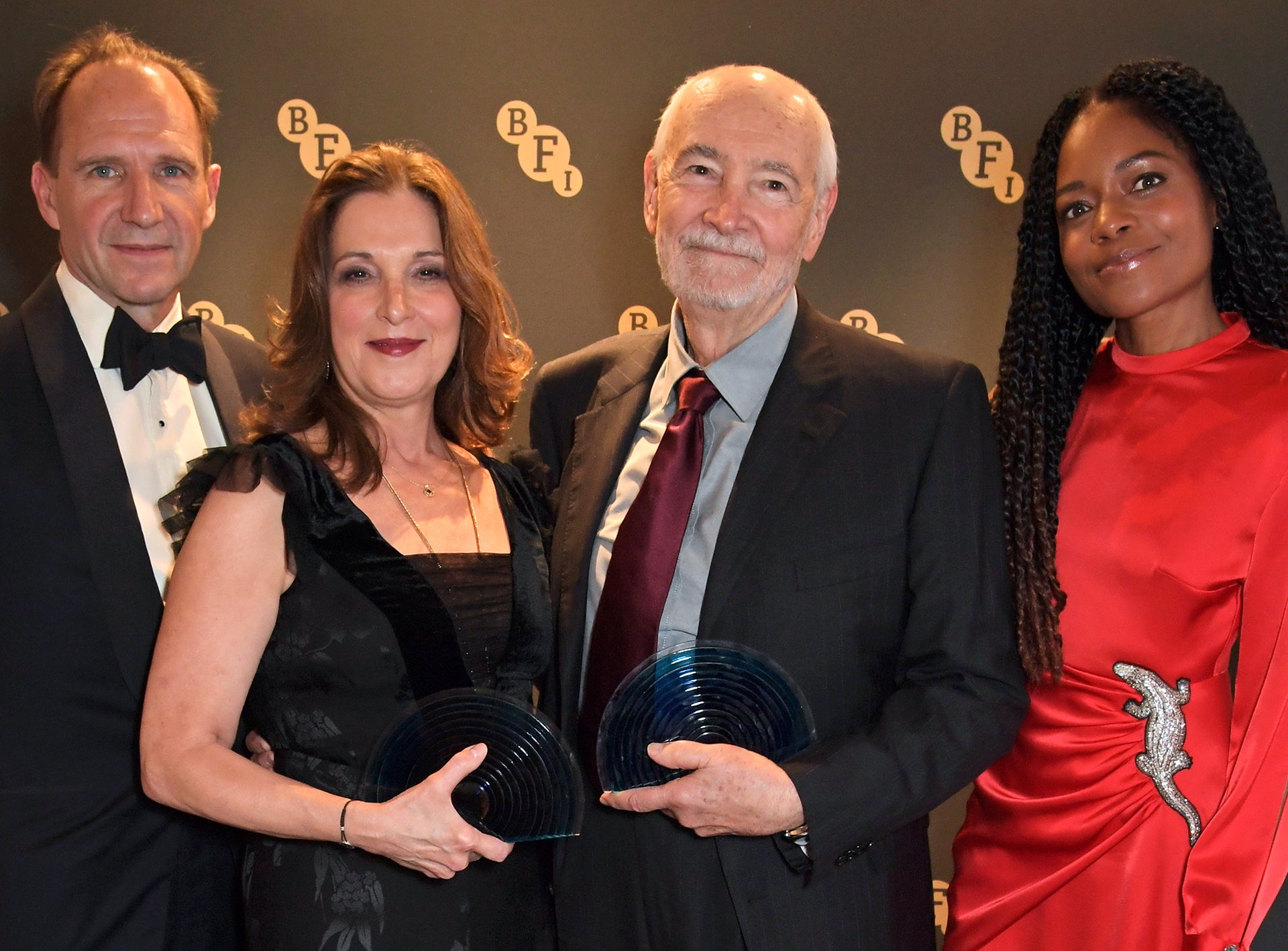 Ralph Fiennes and Naomie Harris presented the producers with their awards. Fiennes praised both as ‘exemplars of film producers and filmmakers’ and stated that as they had killed Bond in No Time To Die that he and Harris were now the people to fix it. ‘You find him and we’ll train him’, he joked.

“We’re very touched by this extraordinary honour and humbled to be in the presence of all these other great Fellows. Seventy years ago, when our father Cubby Broccoli came to the UK to produce his first film, it became a love affair with our family and the British film industry. Sixty years ago, when Connery first uttered those words, ‘Bond, James Bond’, right up through the 25th Bond, No Time To Die, we’ve continued to make films here in the UK. We’re incredibly proud of those films and we would not be here today without the thousands of talented cast, crew, directors and writers who work here and make it possible,” said Wilson and Broccoli.

The BFI will be marking Bond’s 60th anniversary with a celebration weekend of screenings and events in London at BFI Southbank and BFI IMAX on October 1st and 2nd 2022.