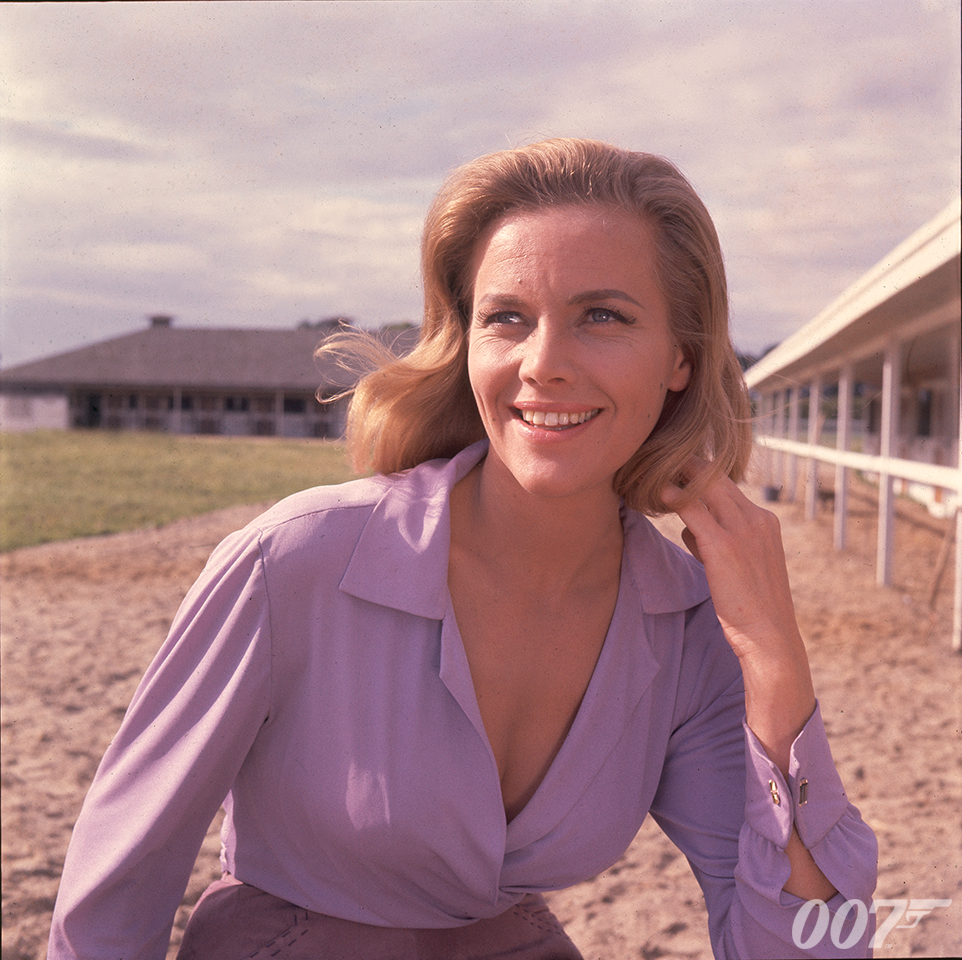 Honor Blackman has died at the age of 94. Her tenacity, physicality and confidence made her the ideal choice to play Pussy Galore in Goldfinger, the third 007 adventure. Producers Michael G. Wilson and Barbara Broccoli have released the following statement: “Today we mark the passing of a film icon, Honor Blackman who shall forever be remembered as Pussy Galore in Goldfinger. She was an extraordinary talent and a beloved member of the Bond family. Our thoughts are with her family at this time.”

Honor Blackman was born in Plaistow, London in 1925. Enrolling in elocution lessons aged 16, she was encouraged to try out for the Guildhall School Of Music And Drama which she subsequently attended part-time while working as an office clerk in the Home Office. Upon graduation, she won the role of the understudy in The Guinea Pig in the West End. When the lead actress fell ill, Blackman stepped in, the start of an auspicious career in the London theatre.

Her first film appearance came with a non speaking role in Fear In The Spur at Denham Studios. She joined the Rank Organisation’s roster of talent at Pinewood Studios, starring in a diverse range of films from Titanic drama A Nigth To Remember to Norman Wisdom comedy The Square Peg. Television work followed, including an appearance opposite Roger Moore in The Saint.

But her big break came when she met producer Leonard White who was looking for a replacement for Ian Hendry as Patrick Macnee’s partner in The Avengers. Her character, Cathy Gale, broke the mould in terms of representations of women on television: smart, intelligent and able to hold her own in any fight scenario. It also provided some interesting side projects: she not only wrote a book about self-defence, Honor also recorded a record with Patrick Macnee, Kinky Boots, that became a surprise hit years later in the 1990s.

After 43 episodes of The Avengers, Blackman decided to return to movies. It was director Guy Hamilton who cast her in her career defining role as Pussy Galore, Auric Goldfinger’s personal pilot, in Goldfinger (1964). It arrived at the perfect time in Blackman’s career.

“It all sounds terribly immodest to say but there was really hardly anybody else about that was as right for Pussy as me,” she once said. “Since the character demanded a knowledge of Judo, and I was a hot property at that time, it seemed dead right that I should play Pussy.”

The first scene Blackman shot was her introduction to James Bond (Sean Connery) onboard Goldfinger’s jet. On June 2 1964, Blackman and Connery shot the iconic fight in the barn.

“It was very funny when we did the so-called fight because I had been used to doing Judo in the TV studio on a cement floor,” she observed. “For the film they had banks and banks of straw and all sorts of things and they said, ‘Will that be all right? Can you land on it? Will you be safe?’ I mean, it was a luxury for me.”

Post 007, she continued to combine film, TV and stage work. Yet it is for her iconic role in Goldfinger that she will be most fondly remembered. “Pussy Galore was girl power, let’s face it,” she once said. So was Honor Blackman.