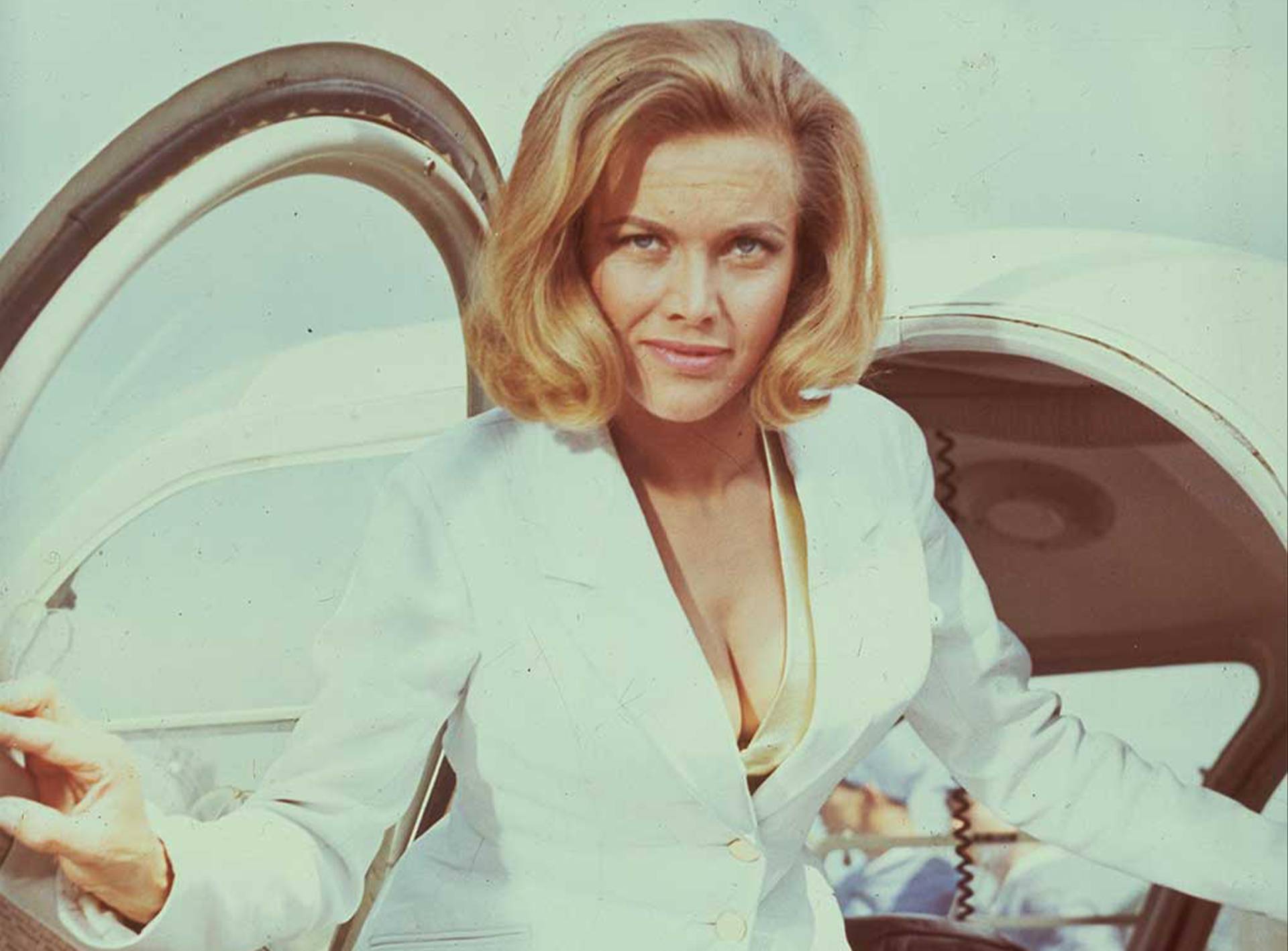 In Goldfinger Pussy Galore (Honor Blackman) leads an all-female aerial acrobatic troupe that serves as a cover for various illegal activities. Employed as Auric Goldfinger’s personal pilot she plays a key role in his Operation Grand Slam to irradiate the gold supply at Fort Knox.

Galore flies 007 from Switzerland to Goldfinger’s Kentucky estate as her prisoner. Bond tells her that Goldfinger plans to use her pilots to spray a lethal nerve gas over Fort Knox, not a knockout gas as she had previously thought. CIA agent Felix Leiter reports that Galore helped switch the nerve gas canisters, saving thousands of lives and ruining the plot. Goldfinger forces Galore to hijack the President’s plane to fly him to Cuba. On board the plane Bond defeats Goldfinger and saves Galore from the crashing plane.