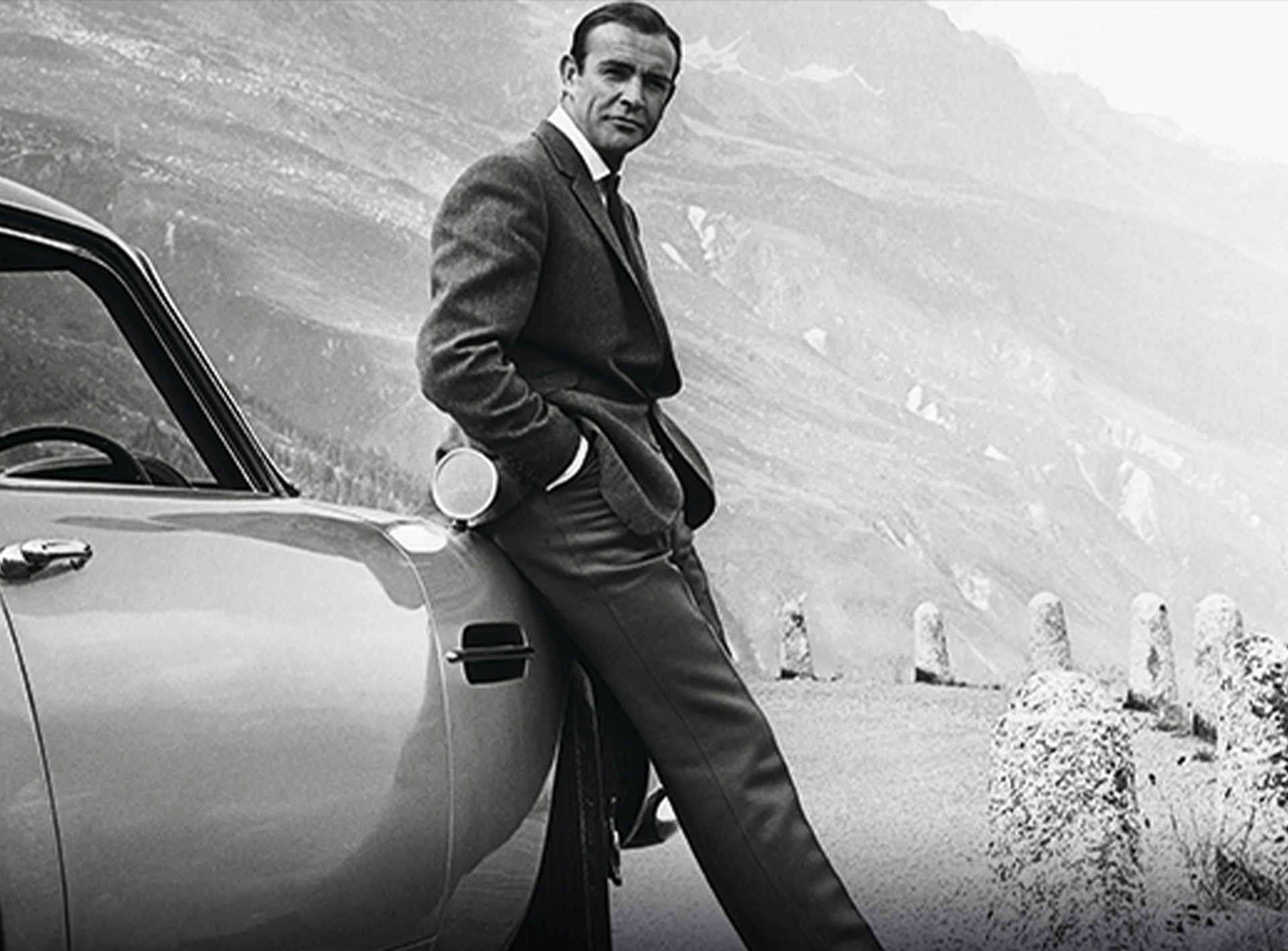 Goldfinger, the third cinematic 007 adventure, sees James Bond (Sean Connery) sent to investigate Auric Goldfinger (Gert Fröbe), one of the wealthiest men in the world, under suspicion for smuggling gold reserves. The mission takes 007 to Miami where Bond meets Goldfinger’s assistant Jill Masterson (Shirley Eaton). She falls for him and pays with her life, smothered in gold paint. Tracking Goldfinger to Switzerland, Bond is subsequently captured by manservant and chauffeur Oddjob (Harold Sakata). He narrowly escapes death on a laser table but his scant knowledge of Goldfinger’s plans save his life. He is taken to Goldfinger’s stud farm in Kentucky and discovers the latter’s plot to create economic chaos by irradiating the gold bullion in nearby Fort Knox. Teaming up with pilot Pussy Galore (Honor Blackman), Bond thwart’s Goldfinger’s scheme with just 0.07 seconds to spare.

When Guy Hamilton came on board as director, he looked to add more humour and swagger. Working with writer Paul Dehn, Hamilton’s approach is perhaps best typified by Bond’s vehicle: Fleming’s Aston Martin DB Mk III was upgraded to an Aston Martin DB5 complete with gadgets such as machine guns and an ejector seat.

When it came to casting the titular villain, Producer Cubby Broccoli brought in German actor Gert Fröbe. Hamilton suggested Honor Blackman, then popular on British TV as Cathy Gale in The Avengers, as Pussy Galore, Goldfinger’s pilot and Bond’s love interest. The director also spotted wrestler Harold Sakata, an Olympic silver medallist who competed under the name Tosh Togo, and cast him as Oddjob.

Shooting began on March 9 1964 at Pinewood. Sean Connery joined the production ten days later as he was under contract to shoot Alfred Hitchcock’s Marnie. The actor’s presence was further missed when Harold Sakata accidentally caught him with a karate chop, forcing the actor to lose a week’s filming.

Officials at Fort Knox were reluctant to give the filmmakers access so, for the climax of the film inside the gold vault, Broccoli declared that he wanted a “cathedral of gold”. Production designer Ken Adam provided a stunning backdrop to Bond’s battle with Oddjob. Other astonishing sets designed by Adam included a drug lab hidden in an oil storage tank, a rumpus room that turns into a strategy centre and the Auric Enterprises Laser Room.

As well as the look of 007, Goldfinger also defined the sound of the series. John Barry wrote the score and theme for the film, the latter sung by the incomparable Shirley Bassey. It became a worldwide hit and propelled the soundtrack to the top of the US charts, dethroning the Beatles from the number one spot.

Just before release, the film fell foul of the MPAA, the US ratings board, who objected to the name ‘Pussy Galore’ as too risqué. Through skilful negotiation, Cubby Broccoli managed to over turn the decision and the film became the fastest grossing Bond film ever released. It also became the first 007 film to win an Academy Award, Norman Wanstall picking up the Oscar for Best Sound Effects Editing.