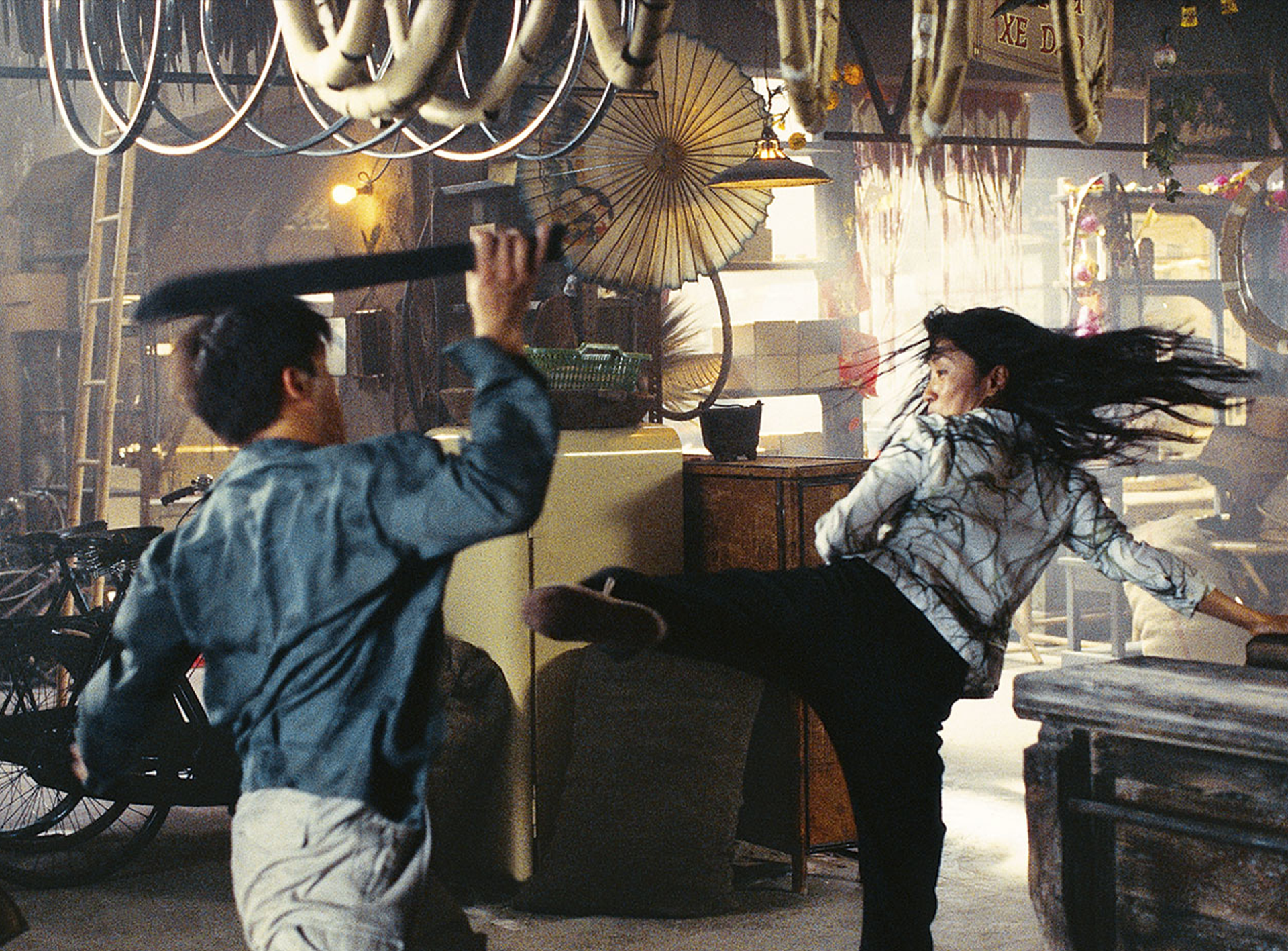 In command of a dizzying array of fighting skills, Wai Lin (Michelle Yeoh) is arguably the most athletic, physically capable woman in the 007 series. Intelligent, independent with a sharp wit, she is a Colonel in the Chinese People’s External Security Force who reluctantly teams up with 007 (Pierce Brosnan) to stop a media manipulated war between Britain and China in Tomorrow Never Dies.

At the heart of the subterfuge is nefarious news baron Elliot Carver (Jonathan Pryce).  Wai Lin’s investigation into Carver begins when her organisation discovers stealth material has gone missing from one of the bases of General Chang (Philip Kwok), a prominent figure in the Chinese military. Suspecting Carver and Chang might be constructing a stealth plane, she infiltrates a luxurious launch party for Carver’s new satellite network CMGN at his Hamburg HQ by posing as a representative from the New China News agency.

Wai Lin attempts to break into Carver’s secret laboratory but discovers Bond has beaten her to it. As the guards close in, she utilises a snake bracelet that contains a piton and climbing wire to confidently walk down a metal column to make her escape, giving Bond a wave as she exits. She next encounters 007 diving in the sunken remains of the HMS Devonshire off the coast of Vietnam, discovering Carver has stolen a cruise missile from the ship. Captured by Carver’s enforcer Stamper (Götz Otto), Wai Lin and Bond are flown to Carver’s Saigon HQ. Only now do they discover the extent of Carver’s machinations to trick Britain and China into war.

Handcuffed together, Wai Lin and Bond enjoy a string of hairbreadth escapes — abseiling down a Carver banner, outrunning a helicopter on a motorbike — until Wai Lin shackles Bond to a pipe telling him she works alone. Yet when Bond comes to her aid as Chang’s men attack, he convinces the doubting Wai Lin they share a common purpose.

Wai Lin discovers Carver has not created a stealth plane but a stealth ship. The pair track down the vessel, slip on board and plant limpet mines. Stamper captures Wai Lin but Bond bargains for her freedom. He sets off a grenade that blows a hole in the hull, allowing Wai Lin to escape. In the melee that follows, Carver attempts to launch his stolen Tomahawk missile in Beijing. Stamper recaptures Wai Lin, threatening to kill her as a means to stop Bond disabling the missile.

After Wai Lin tosses Bond the detonators to cause the missile to self destruct, Stamper gets the upper hand by trying to drown her in the water. Bond revives her and the pair share a romantic moment amid the wreckage of Carver’s ship.