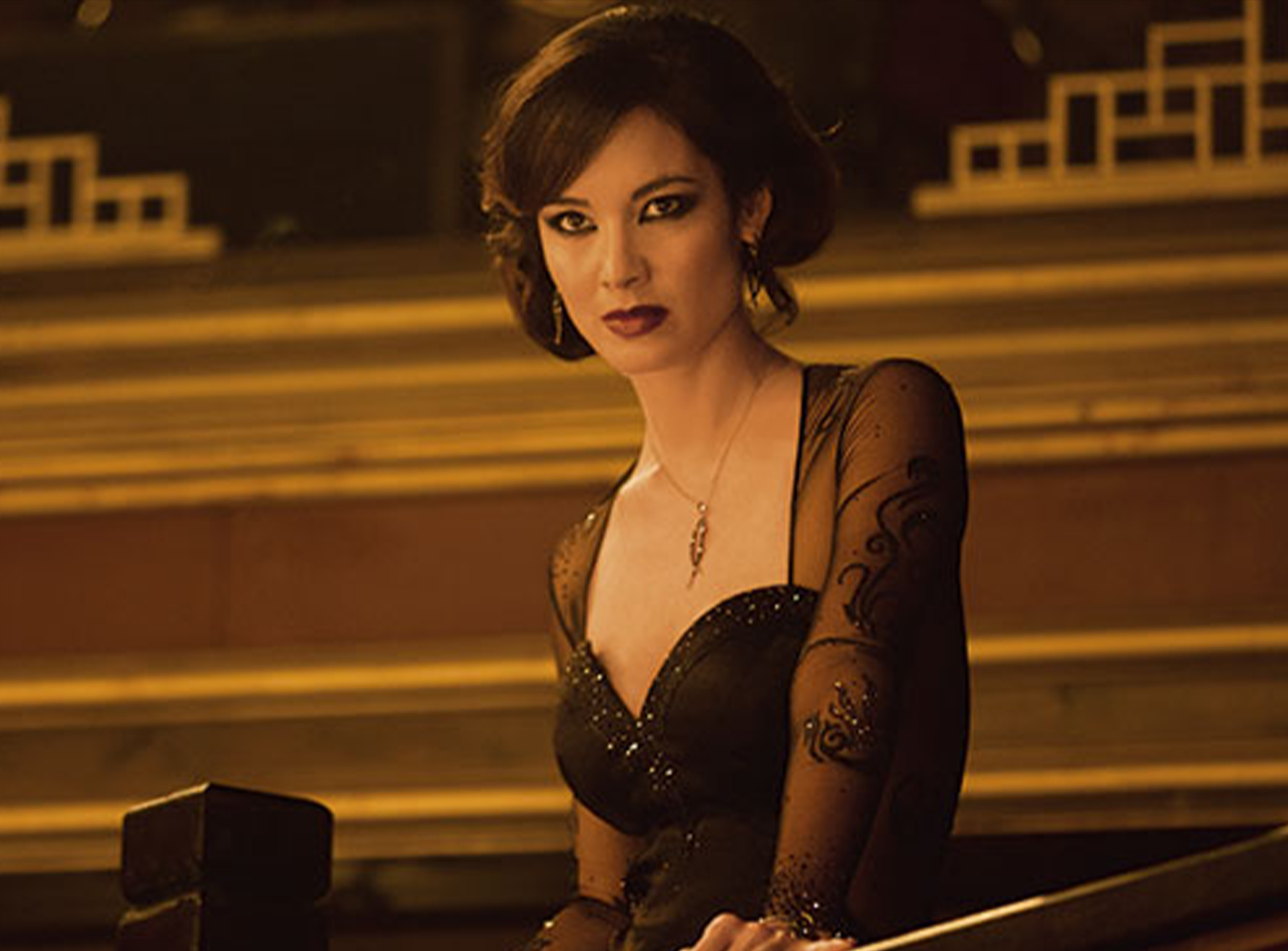 A woman of mystery, Severine (Bérénice Marlohe) is the mistress of cyber criminal Silva (Javier Bardem) in Skyfall (2012). Powerful, dangerous and charismatic, she is a pivotal player in Bond’s mission to track down the nefarious mastermind but ultimately comes to a tragic end.

We encounter Severine as an accomplice to mercenary Patrice (Ola Rapace) in a Shanghai hotel room, she shows a stolen Modigliani painting ‘Woman With A Fan’ to Silva’s latest target. Yet this is a ruse to get the art dealer into the crosshairs of Patrice who assassinates the man, shooting him from an adjacent building. Severine watches Bond subsequently fight Patrice, the assassin falling from a window. She throws the secret agent an icy glance before rejoining her guards.

Bond and Severine first meet at Macau’s Floating Dragon Casino. Severine greets 007 on his arrival and the pair have a drink at the bar, discussing the topics of fear and death. Bond quizzes her on information about Silva, yet she warns him about digging too deep into the terrorist’s affairs. Bond notices that she has a Beretta 70 strapped to her thigh and observes her bodyguards are not so much protecting her as controlling her. Beneath her icy confident exterior, Bond senses she is frightened of her boss and deduces her current employer rescued her from an abusive past.

Hoping that Bond can rescue her from Silva’s clutches, Severine warns 007 about her guards’ intentions to assassinate him by throwing him into a pit with komodo dragons. She implores him, if he survives, to meet her on board Silva’s yacht Chimera. However, the pair are captured and taken to Silva’s base, an abandoned island known as the Dead City. Due to her disloyalty to Silva, Severine is separated from Bond and then beaten.

After meeting and being interrogated by Silva, Bond is taken to a courtyard where Severine is bound to a fallen statue. “There is nothing superfluous in my life,” Silva tells Bond. “When a thing is redundant it is eliminated.” Silva places a shot glass of 1962 Macallan Scotch on Severine’s head and forces Bond to engage in a shooting challenge with antique dueling pistols. Bond misses the target on purpose, convincing Silva he has lost his skill at marksmanship. Having no further need for her, Silva cold-bloodedly shoots Severine. As she slumps over, the glass falls to the floor, spilling the fifty-year old Scotch.