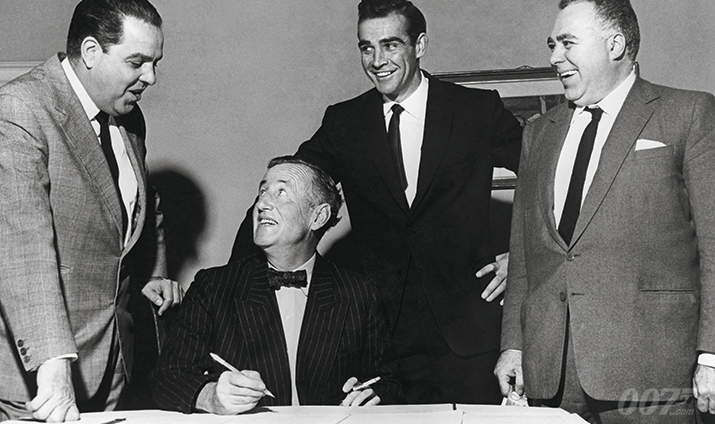 In February 1952, Ian Fleming began writing his first James Bond novel, Casino Royale, while staying at his Jamaican home, Goldeneye. It was a project inspired by his time as personal assistant to Admiral John Godfrey, director of the Naval Intelligence Division of the Admiralty during the Second World War.  Fleming’s imagination, forthrightness, and eye for detail helped shape many important intelligence missions during the war. Prevented from talking about his time in intelligence by the Official Secrets Act, Fleming turned to fiction to relive the excitement of that secret life.

The exotic lifestyle in the Bond novels made them a success with Britons who, having just come through a world war were living in a time of great austerity. The charismatic character of James Bond was an obvious candidate to be adapted to other media like TV, comic scripts and film. After a previously failed attempt at creating a Bond film, Fleming let Producer Harry Saltzman option the Bond film and television rights. If Saltzman could bring some of the serious minded, psychological complexities seen in his previous films, a film adaptation of Bond could be a success. Saltzman now needed to find a studio and secure financing.

Albert R. “Cubby” Broccoli had been attempting to secure the rights to the Bond novels for some years without success. Meeting through a mutual friend, Saltzman and Broccoli agreed to go into business together and produce the Bond films as EON Productions. With an agreement in place with United Artists, they made the first James Bond film, Dr. No (1962).

Passing away just weeks before the premiere of Goldfinger (1964), Fleming lived to see two of the 24 Bond films that were inspired by his novels, Dr. No (1962) and From Russia With Love (1963) become an enormous success.