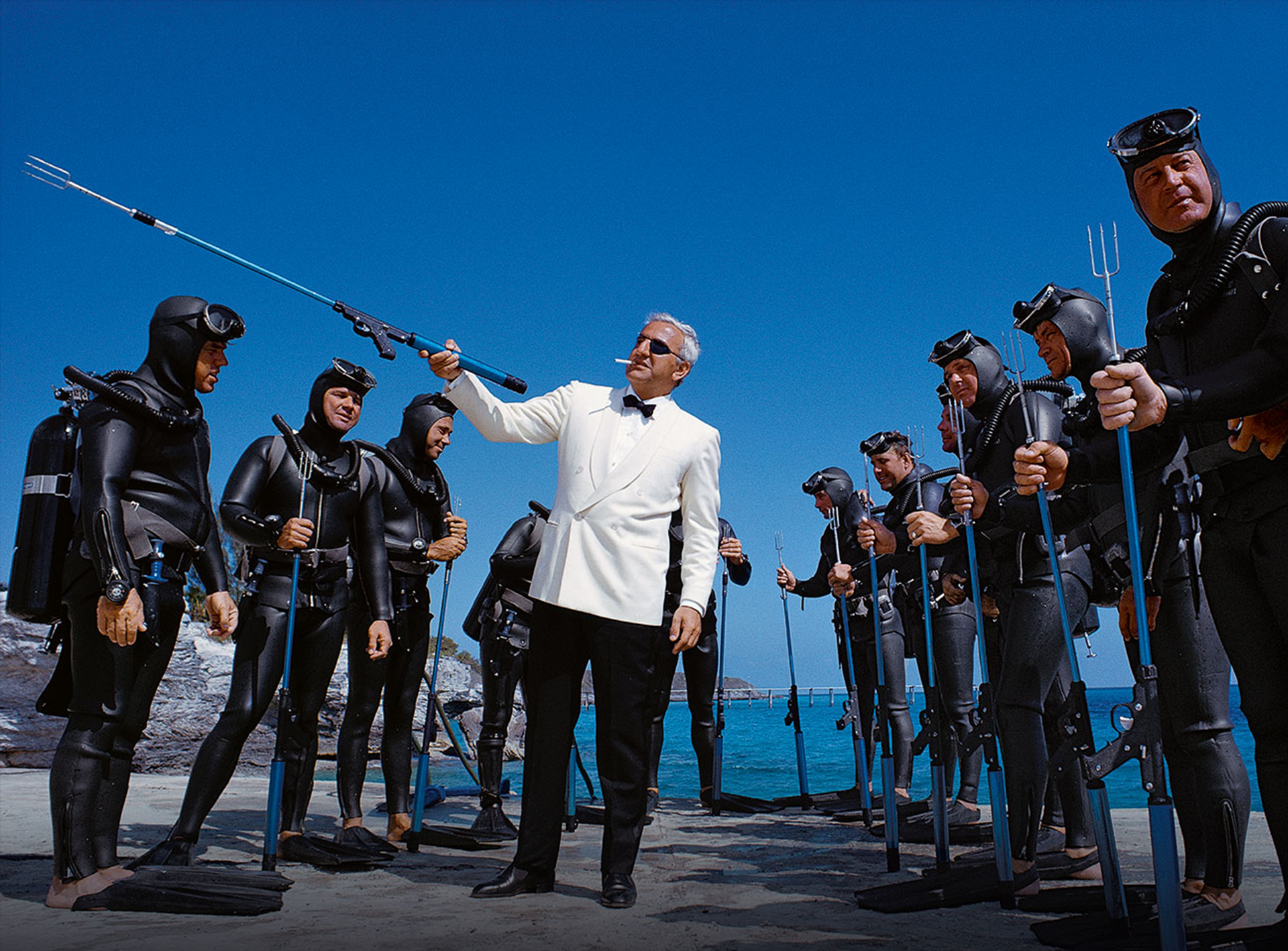 Arrogant, amoral, cruel, Emilio Largo (Adolfo Celi) is SPECTRE operative No.2 in charge of the extortion operation. He loves the finer things in life — his villa in Palmyra including a shark pool, his luxury yacht the Disco Volante — but his exquisite tastes masks a ruthless streak.

In Thunderball (1965), Largo leads a plot to hijack a bomber carrying two hydrogen bombs and extort $280 million from the NATO countries by threatening to blow up the USA and United Kingdom.

Largo’s plot to steal the aircraft begins with altering the appearance of SPECTRE pilot Angelo Palazzi (Paul Stassino) to resemble NATO air man Francois Derval (also Stassino), who is subsequently murdered by Palazzi. After Palazzi intentionally crashes the NATO bomber into the sea, Largo kills him for trying to wrestle more money out of his deal from SPECTRE. Largo’s men camouflage the sunken bomber at the bottom of the sea and ferry the nuclear weapons to a sealed underwater cave.

In Nassau, Largo first encounters James Bond (Sean Connery), who also starts up a flirtatious relationship with Largo’s mistress Domino (Claudine Auger), who is the deceased Francois Derval’s sister. A psychological game of cat and mouse ensues as both men understand they are watching each other while never revealing their true intentions.

As the NATO deadline looms, Largo retrieves the bombs but discovers 007 has infiltrated his team. Largo traps Bond behind the doors of the underwater pen. He then takes the Disco Volante to Biscayne Bay but discovers Domino has betrayed him by alerting the CIA the bombs are on board. Filled with fury, he tortures her.

Largo and his men escape out of the underwater hatch to plant one bomb to be detonated if NATO does not pay the ransom. However, as he guides his men underwater, CIA aquaparas engage them in battle. Bond, having escaped the underwater pen, joins the fray and the CIA retrieve one bomb.

Largo returns to the Disco Volante which he converts into a high speed hydrofoil. Bond manages to clamber aboard the speeding craft and battle Largo. When the speeding vessel clips a coral reef at top speed, Bond falls, giving Largo the upper hand in the fight. He aims his gun at Bond but, before he can pull the trigger, Domino fires a spear gun into Largo’s back in revenge for killing her brother.

A dying Largo falls onto the yacht’s controls, causing the yacht to run aground and explode violently — but not before Bond and Domino leap overboard to safety.