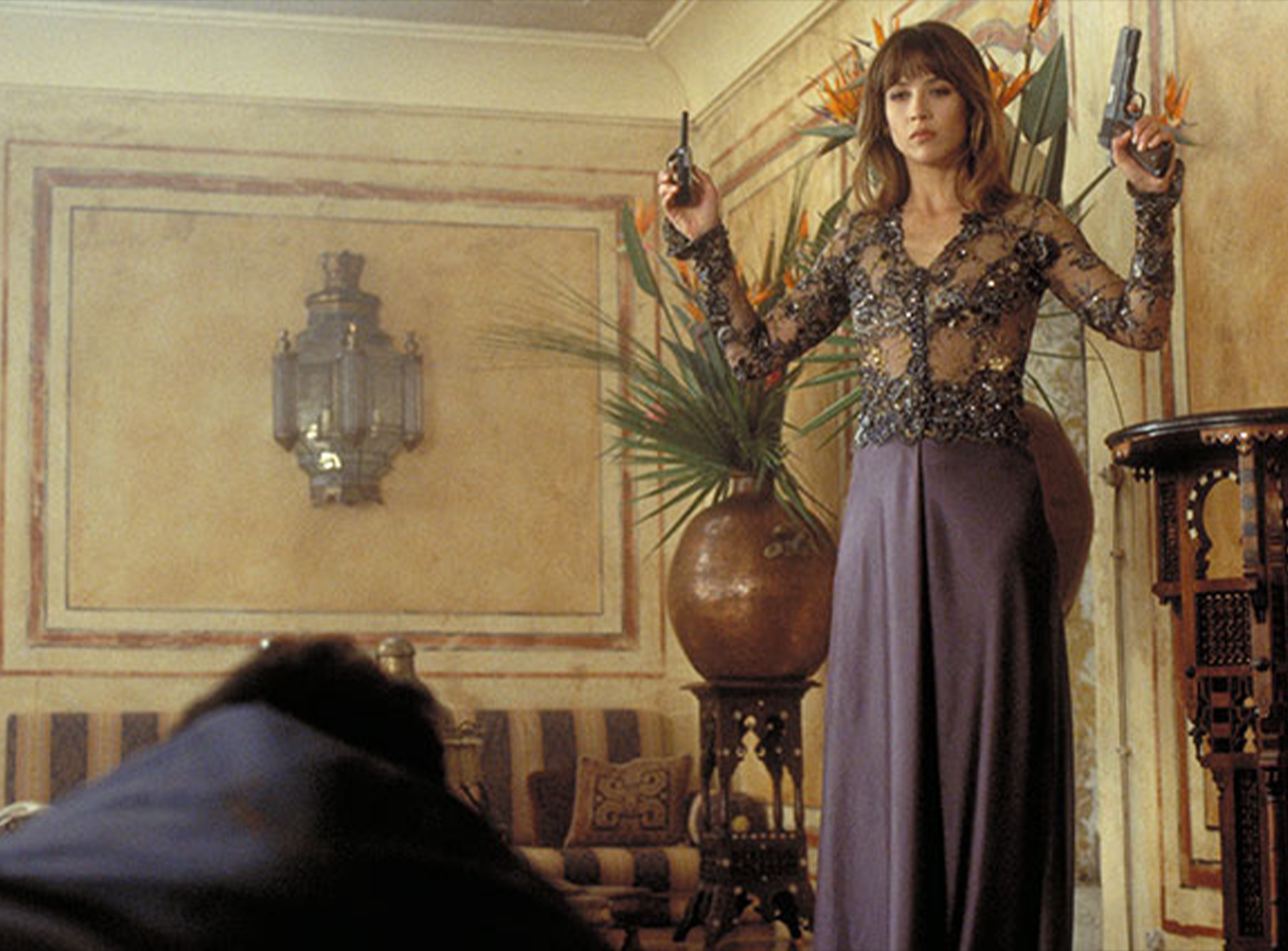 Before the action of the film unravels, Elektra is held hostage by international terrorist Renard (Robert Carlyle) in Cyprus, demanding $5 million for her release. Over the course of her captivity, Elektra realises her father Sir Robert King refuses to pay the ransom. Driven by paternal betrayal, Elektra persuades Renard to undertake a much more ambitious if darker plot. She makes it appear that part of her ear has been cut off and that she killed two captors to escape. MI6 agent 009 subsequently shoots Renard, the bullet lodging in his brain, slowly destroying his senses and condemning him to death. Elektra senses that the obsessed Renard has nothing to lose so will be willing to make any sacrifice for her.

At the beginning of the film, Elektra and Renard arrange a complex finance transfer that results in Sir Robert blowing himself up when he opens a case of money that they have laced with chemicals activated by King’s lapel pin that they switched for a look-a-like detonator. With her father gone, Elektra sets her sights on killing M for not persuading Sir Robert to pay the ransom and gaining complete control of Caspian Sea oil distribution.

Sir Robert’s death brings James Bond into Elektra’s orbit as M sends 007 to protect her. On his arrival, she tricks Bond into convincing M that Renard still poses a threat. Elektra also persuades M that a nuclear warhead stolen by Renard has been used to blow up her pipeline. At the same, she obtains a Russian nuclear submarine and crew that will be sacrificed in order to destroy Istanbul, which would leave her pipeline as the only channel for oil to reach the West. As a final act of devotion, Renard plans to plant part of the stolen warheads plutonium in the submarine’s reactor turning it into a nuclear bomb.

Elektra holds M and Bond hostage at the Maiden’s Tower on the Bosphorus. When Russian Caviar factory owner Valentin Zukovsky (Robbie Coltrane) arrives, she shoots him, although he is still able to fire one final shot allowing 007 to escape. Elektra confronts Bond on top of the tower. He trains his gun on her telling her he will spare her life if she calls off Renard’s attack. When she gives the final command to the terrorist over the radio, Bond shoots her in the heart.