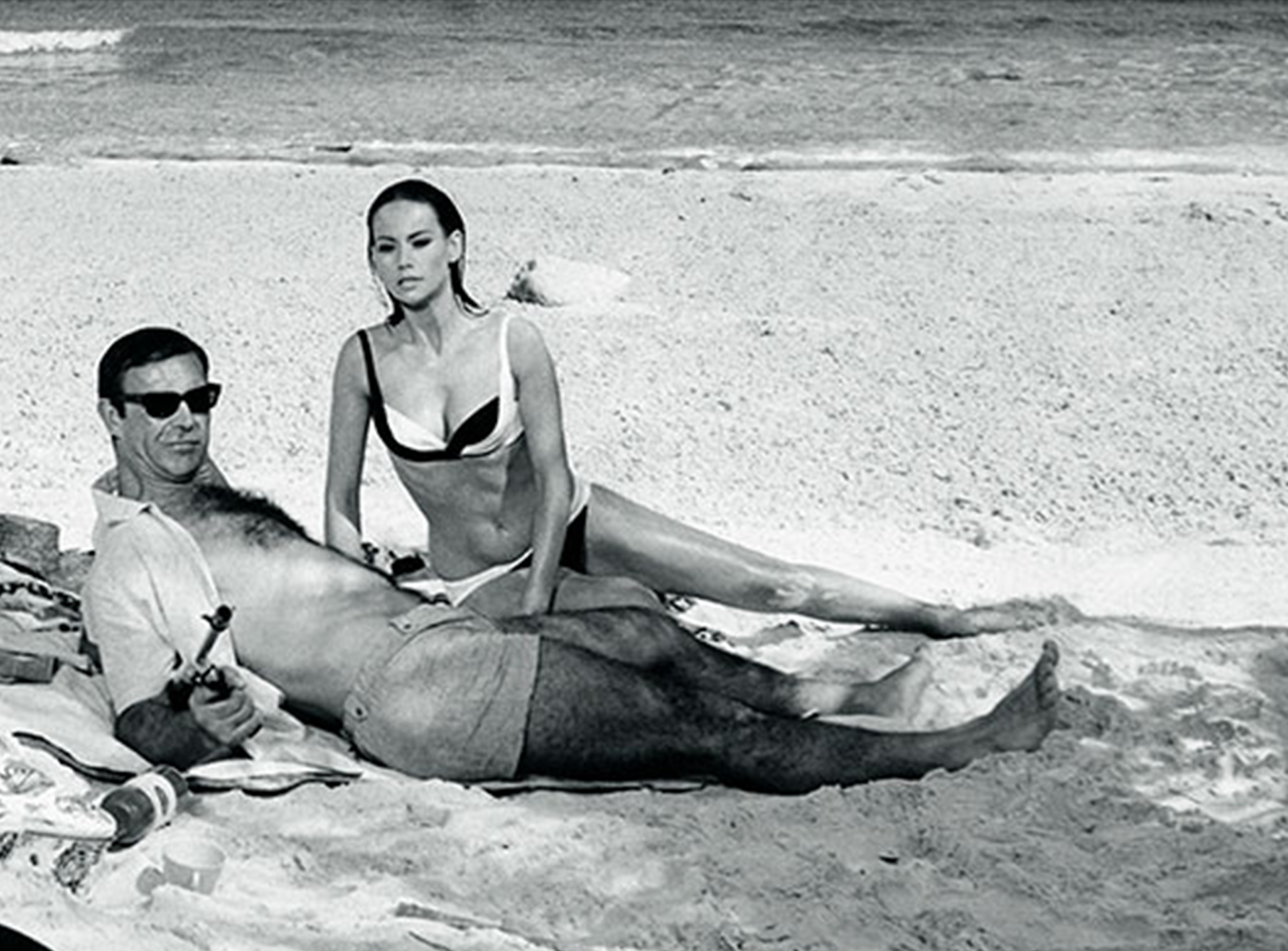 Domino Derval, played by Claudine Auger, is the partner of SPECTRE No. 2 Emile Largo (Adolfo Celi). She is trapped in a loveless relationship until she meets 007. She becomes drawn into Bond’s mission to foil a nuclear extortion plot.

Domino grew up in France, sharing a close bond with her brother François (Paul Stassino), a Major in the Armée de l’Air serving with NATO. It is through François that Domino meets Largo and the pair begin an affair. Despite living a life filled with riches and luxury, Domino is unfulfilled by life with Largo, only feeling real closeness with her brother.

Domino has been in Nassau for three weeks when she meets Bond while snorkelling. Although she is attracted to him, she cannot act on her desires due to the ever-watchful eye of Largo. She spends time with Bond at the Café Martinique and begins to open up about her disenchantment. The flirtation continues and Bond reveals that Largo killed her brother and stole two atomic weapons.

Filled with vengeance, she helps Bond kill Largo’s henchman Vargas (Phillip Locke) and takes a Geiger counter camera on board Largo’s yacht, the Disco Volante, to discover whether the missing bombs are on board. Largo catches Domino with the gadget and interrogates her, leaving her in a state of shock. She is untied by scientist Ladislav Kutze (George Pravda) and goes up to the bridge, catching Largo holding Bond at gun point. She shoots Largo in the back, saving 007’s life and avenging her brother’s death. Largo falls onto the wheel of the yacht, jamming the controls. Domino and Bond leap overboard as the Disco Volante runs aground and explodes. The pair are subsequently rescued by the CIA and lifted into the air by a sky hook.