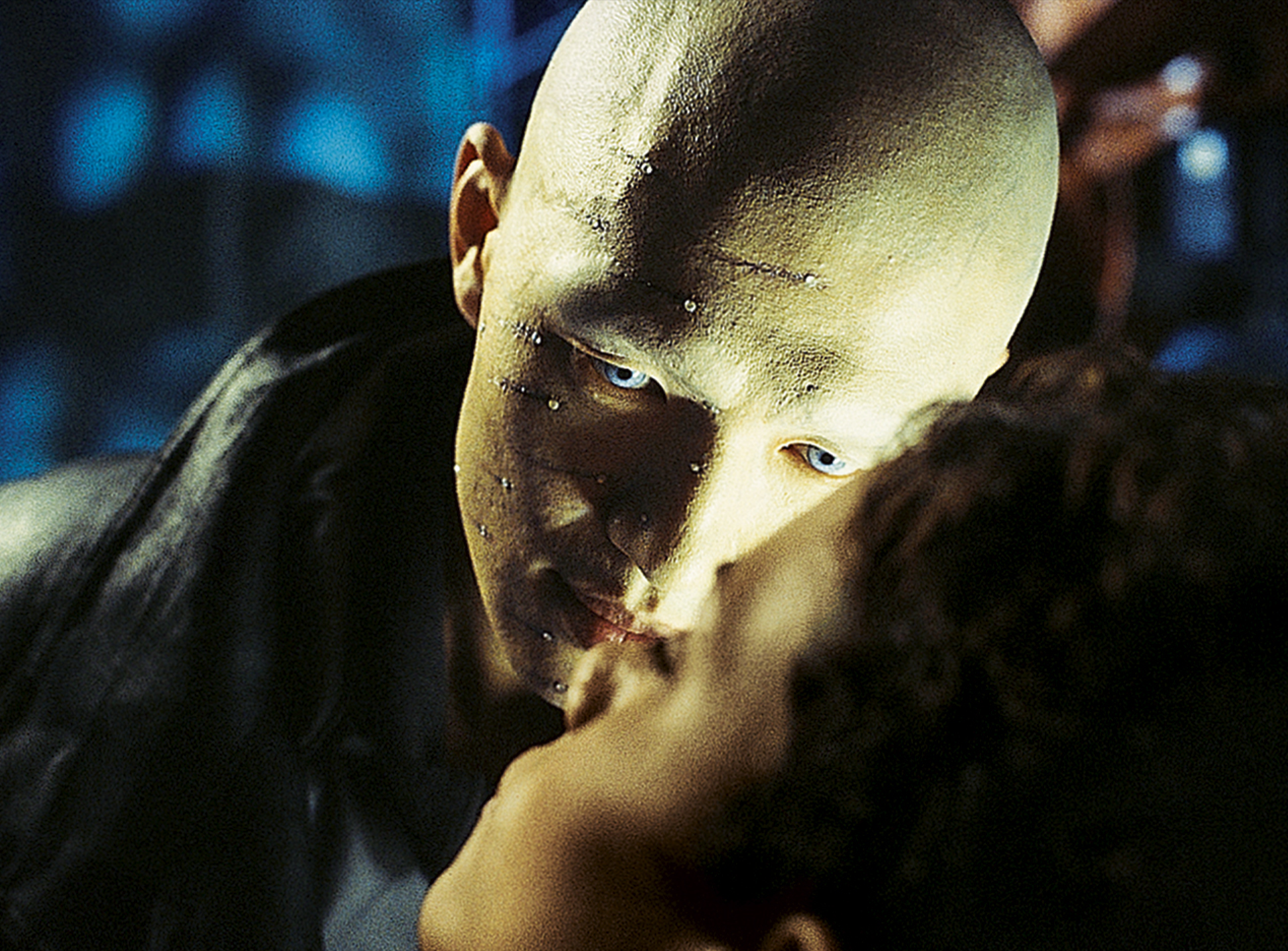 A North Korean assassin and terrorist, Die Another Day’s Zao (Rick Yune) is in league with Colonel Moon (Kenneth Tsang), trading conflict diamonds and illicit weapons. A skirmish with Bond radically alters his appearance but his sense of sadism and determination remain constant.

At Moon’s North Korean HQ, Zao takes a photo of Bond who is impersonating diamond trader Van Bierk and sends it to an MI6 double agent who quickly identifies Van Bierk as 007. With his cover blown, Bond sets off an explosion that embeds diamonds in Zao’s face. Bond kills Moon (or so it seems) before being taken prisoner.

14 months later, Bond is exchanged for Zao in a tense handover. “Your time will come,” Bond tells him. “Not as soon as yours,” replies Zao. M (Judi Dench) tells Bond that Zao was captured after trying to blow up a summit meeting between China and North Korea, killing three Chinese agents. The MI6 mole provided the North Koreans with the identity of the top US agent in North Korea’s High Command. The spy is executed, leading US and British Secret Services to believe Bond has cracked under torture and spilled the information. Zao’s release back to North Korea was unavoidable. Bond breaks ranks to track him and the double agent down.

Zao travels to a Cuban medical clinic for DNA replacement therapy, which will morph him into a Caucasian European. While Zao is unconscious, listening to tapes that will help him assume his new identity, Bond disturbs him with the intention to find out who is paying for his physical alterations believing it is the same person who set him up in North Korea. Zao manages to escape in a helicopter, his face still blemished with diamonds, his body chalk white from the failed transformation. Bond retains a phial from Zao’s neck that contains Sierra Leone blood diamonds — the engravings put him on the trail of diamond magnate Gustav Graves.

Zao arrives in Iceland and joins Graves, who turns out to be Colonel Moon transformed by the gene replacement therapy. Bond is captured and goads Zao into punching him in the stomach, allowing 007 to fall to the ground and utilise a special ring from Q department to cut through a glass panel and fall to a lower floor. Bond escapes in his Aston Martin Vanquish so Zao gives chase in a Jaguar XKR, the pair launching missiles at each other across a frozen lake. Inside Graves’ Ice Palace, Bond tricks Zao into crashing his car over the edge of a balcony. As Zao gets out of the car, 007 fires a single shot that severs a cable holding a giant ice chandelier which crashes down to impale and kill the terrorist.