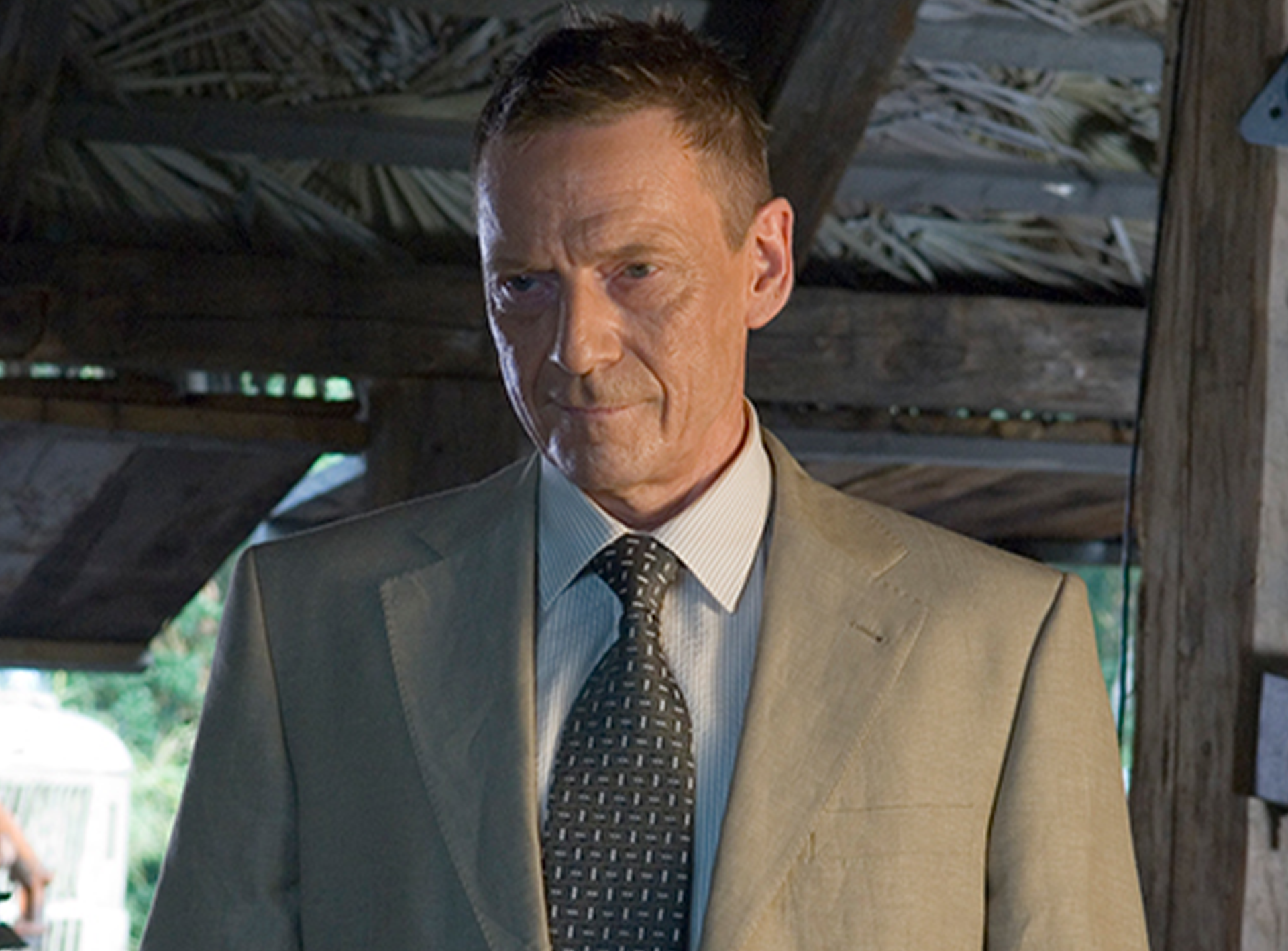 Mr. White (Jesper Christensen) is a key, influential figure in Quantum, a shadowy organisation connected to the highest centres of political, business and financial power around the world. Also a high-ranking member in crime syndicate Spectre, White is intelligent but quick to betray, undergoing a transformation from Bond’s antagonist to anti-hero.

Although Le Chiffre loses the poker game to Bond, Quantum weave an elaborate plan involving Financial Task Force liaison officer Vesper Lynd (Eva Green) to guarantee the winnings end up in their hands. Kidnapped and tortured by Le Chiffre, Bond’s life is saved by White who shoots Le Chiffre just as he is about to execute 007. This is seemingly part of a deal with Lynd to save Bond’s life to secure the casino winnings: White appears to be Lynd’s key contact for Quantum, leading her to believe that her French-Algerian lover Yusef Kabira will be killed should she fail to co-operate.

In Venice, Bond thwarts the plan for Lynd to hand the money to another Quantum operative. Lynd drowns in a sinking Venetian house but not before she has left White’s mobile/cell phone number for Bond to find. 007 tracks White down to an idyllic Italian lakeside villa, calls his mobile and then shoots him in the leg — his introduction (“The name’s Bond. James Bond”) is a calling card to the entire Quantum organisation.

In Quantum Of Solace (2008) Bond drives Mr. White to an MI6 safe house in Siena. White threatens Bond and M that his organisation has people everywhere, including M’s bodyguard Mitchell (Glenn Foster). He escapes and later reappears at a secret Quantum meeting during a performance of Tosca at the opera house in Bregenz, Austria. When Bond makes his presence known, White’s fellow members leave the opera letting 007 take photographs to identify them. White stays in his seat and remains incognito.

Years later (Spectre, 2015), Bond discovers an older, frailer Mr. White during an investigation of SPECTRE — White is dying of thallium poisoning, with only a few weeks to live. On the hunt for a SPECTRE target known only as ‘The Pale King’, Bond identifies White as the designated victim. He tracks him down to Altaussee in the Austrian Alps, provocatively putting down a ring baring the SPECTRE insignia belonging to deceased assassin Marco Sciarra (Alessandro Cremona) who was due to kill White.

White reveals how he increasingly became disillusioned by SPECTRE’s methods and dropped out of the organisation. In retaliation, SPECTRE planted thalium poisoning on his phone, which White grew resistant to so Sciarra was dispatched to murder him. He admits to Bond that he has a daughter, Madeleine (Léa Seydoux), and agrees to give Bond crucial information in return for her safety. Understanding the dangers of going up against SPECTRE, he tells 007, “you’re a kite dancing in a hurricane, Mr. Bond” before shooting himself with 007’s Walther PPK.