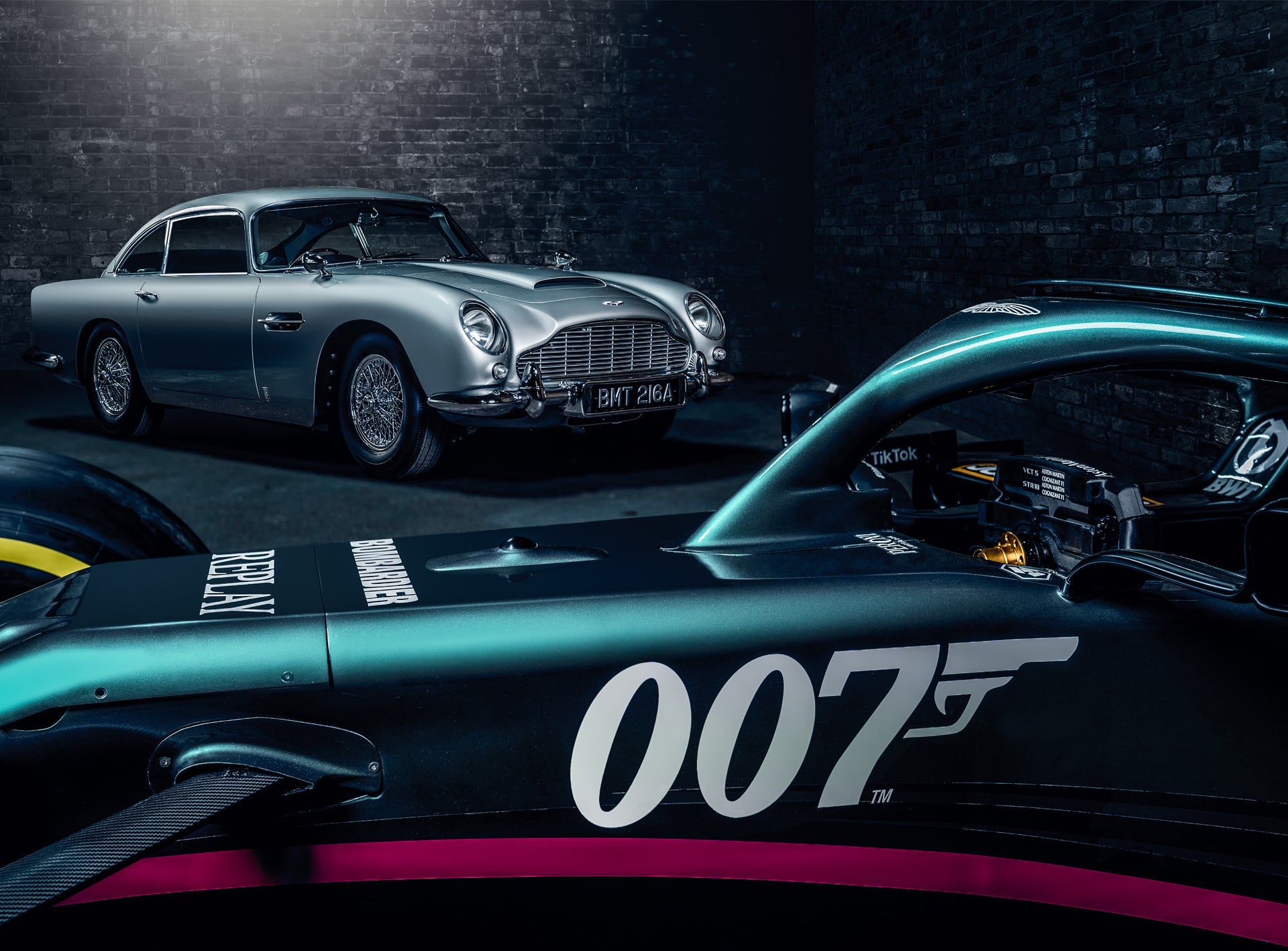 To celebrate the release of No Time To Die, Aston Martin Cognizant Formula One™ Team has announced a suite of exclusive content across the Italian Grand Prix weekend (9th to 12th September). For one race only, the team will replace the Aston Martin logos with the iconic 007 logo badge on the AMR21’s cockpit sides. Meanwhile, in the Monza paddock, the team’s motorhome and pit garage will be decked out in Bond iconography to mark the occasion.

The Aston Martin Cognizant Formula One™ Team has also partnered with EON Productions, acclaimed director Daniel Kleinman and award-winning composer David Arnold on a Bond-inspired spot. Arnold, the master of five Bond scores, and Kleinman, who has worked on Bond’s distinctive title sequences since 1995, relished the opportunity to entwine the legendary automotive brand with the world of the secret agent.

“Aston Martin is part of Bond’s DNA,” explained Kleinman. “It’s a partnership that needs no explanation, so it was great fun to fuse those two worlds together: Bond’s signature title sequences and Aston Martin Formula 1. I hope it will create a lot of excitement ahead of the release of the movie.”

Elsewhere the Aston Martin Cognizant Formula One™ Team website will receive a No Time To Die takeover for the weekend, including a 007 fan quiz. And Sebastian Vettel and Lance Stroll engage in another of the team’s popular driver-challenge social films – this time, racing against each other to build LEGO’s distinctive Aston Martin DB5.