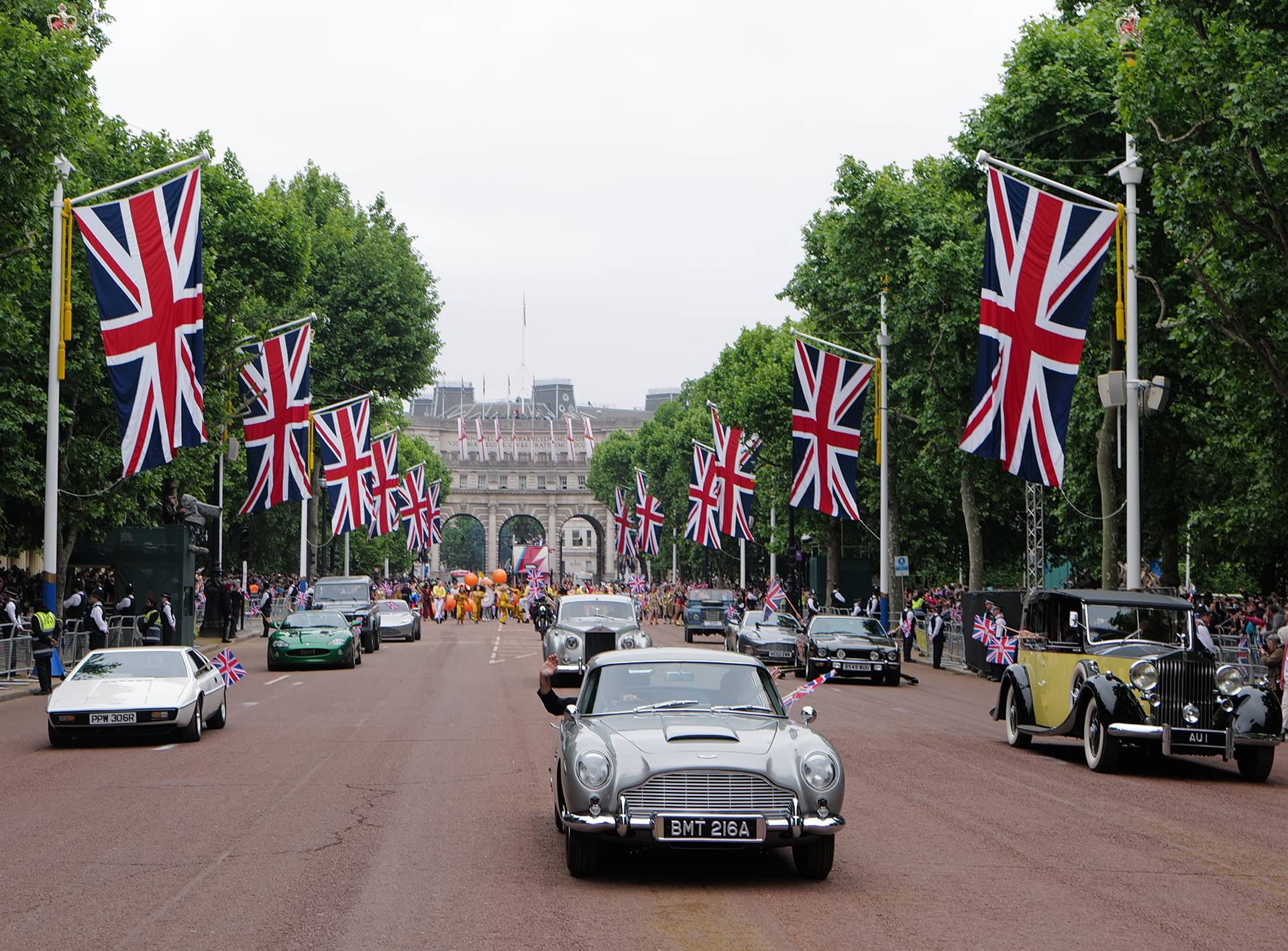 007 celebrated The Queen and 70 years of exceptional service to her country by taking part in the Platinum Jubilee Pageant on Sunday 5th June. Ten iconic Bond vehicles joined Act II of the People’s Pageant in a once-in-a-lifetime procession.

The vehicles appeared amidst a collection of 500 vintage cars and motorbikes which covered a 3km route taking in the Mall and Buckingham Palace to echo the Coronation journey 70 years ago.

Other vehicles featured included the Aston Martin DB10 as featured in Spectre with three-time British World Rally Champion Mark Higgins behind the wheel, and the Jaguar XKR from Die Another Day driven by Stunt Coordinator Gary Powell.