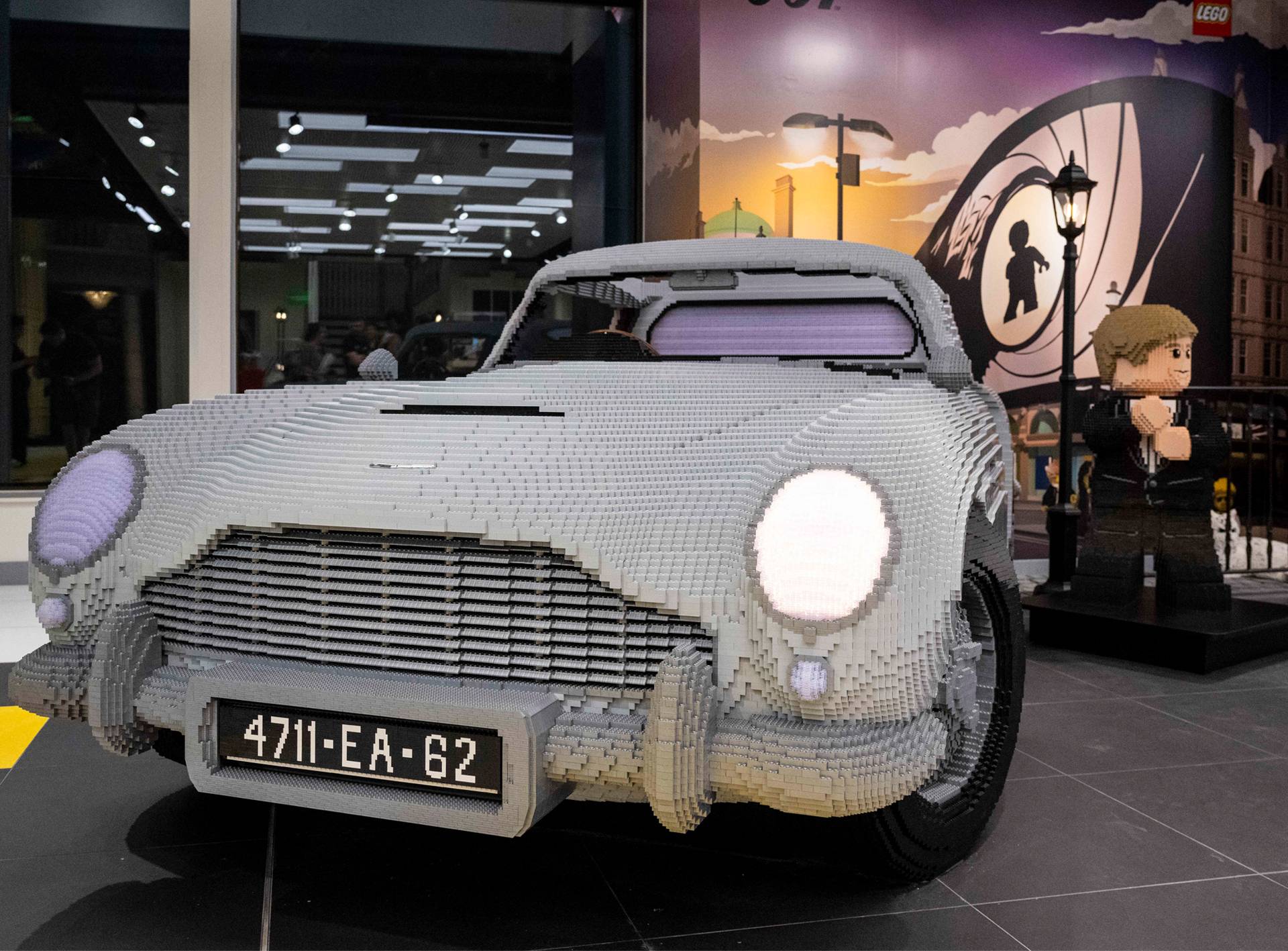 LEGO and 007 have joined forces for a new exhibit at the model brand’s newly-refurbished flagship store in London’s Leicester Square.

Marking LEGO and James Bond’s respective 90th and 60th anniversaries, the new display in the 805sqm store – now LEGO’s largest in the world – features giant build replicas of 007 icons. Take a look at the super-sized James Bond minifigure and Blofeld’s cat, or get behind the wheel of a life-sized 007 Aston Martin DB5, set up as a permanent visitor photo opportunity for the next few years.

357,954 LEGO bricks were used in the making of the 1,037 kilogram model DB5 and took 1,366 hours – almost 57 days – to build. It’s kitted out with an authentic rotating licence plate, functional headlights and illuminating instruments.

As part of James Bond’s 60th anniversary celebrations, LEGO has released a new 007 Aston Martin DB5 Speed Champions model. The 298-piece set features a Bond minifigure and a choice of four number plates. Find it at the 007Store now.