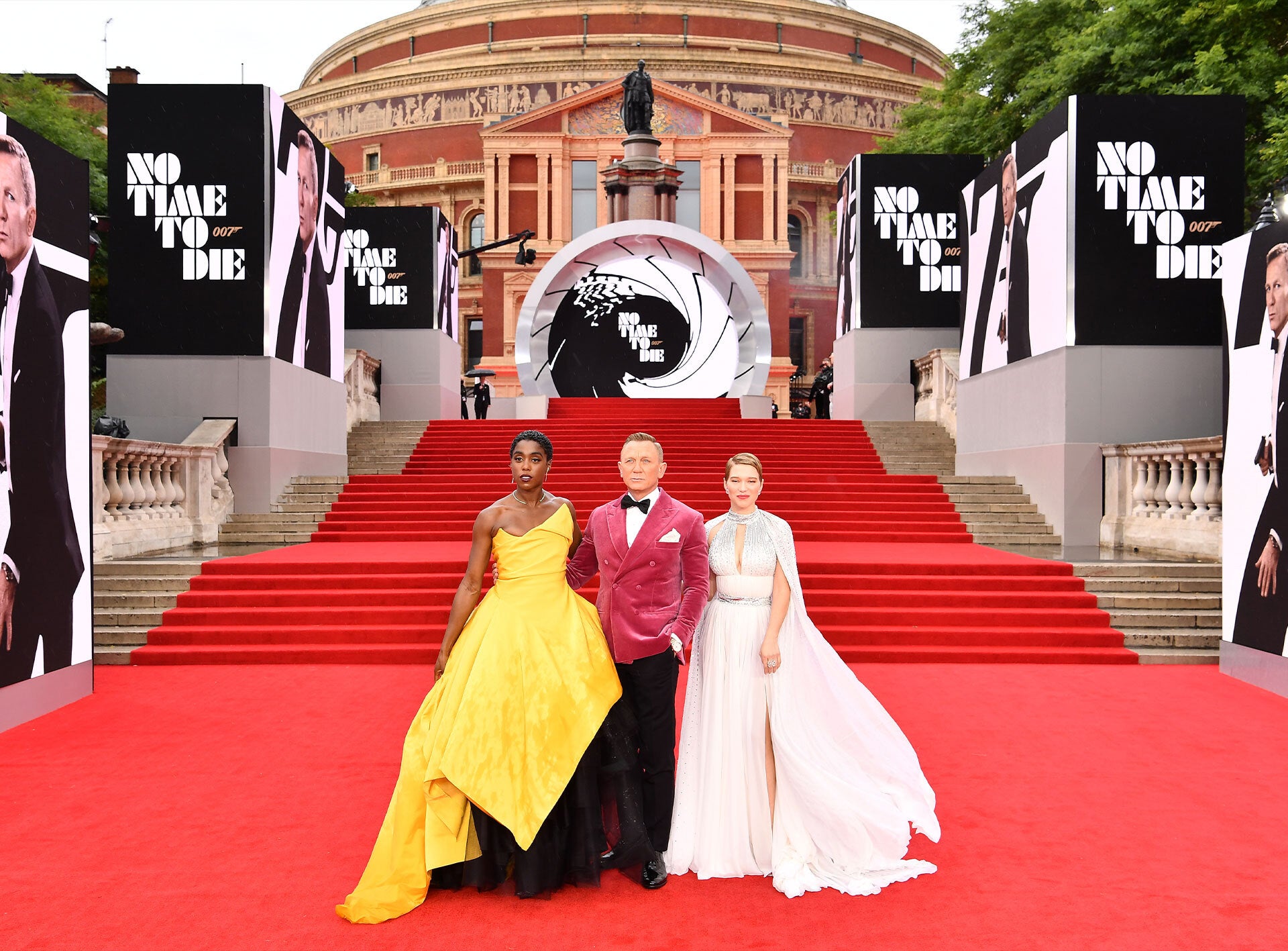 Their Royal Highnesses The Prince of Wales and The Duchess of Cornwall and Their Royal Highnesses The Duke and Duchess of Cambridge were also in attendance alongside healthcare workers and members of the armed forces who had been invited as special guests in celebration and gratitude of their extraordinary work during the pandemic. The evening also supported charities for past and present members of the United Kingdom Special Forces.

The red carpet at the Royal Albert Hall in London was one of 57 screenings of No Time To Die taking place across the globe. Fans around the world were treated to unique viewings of the 25th James Bond film.