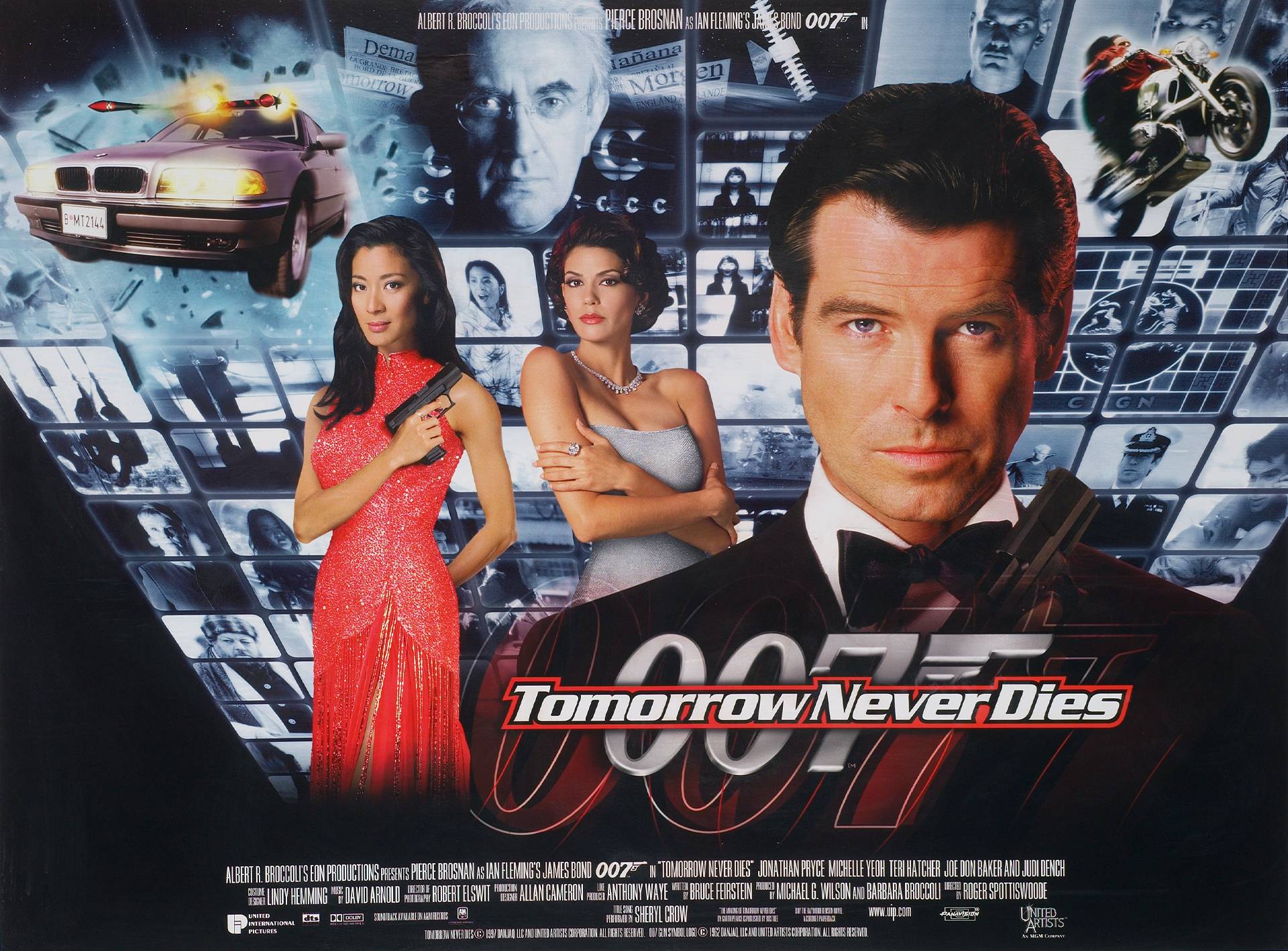 While James Bond spies on a terrorist arms bazaar, he identifies “techno terrorist” Henry Gupta, who is buying a stolen American GPS encoder. As Bond hijacks a Russian plane carrying nuclear torpedoes, Gupta escapes with the encoder during the confusion. Gupta is working for media baron Elliot Carver, who plans to provoke war between China and the United Kingdom, Gupta uses the encoder to send the British frigate HMS Devonshire off-course into Chinese waters, where Carver’s stealth ship, commanded by Stamper, sinks the frigate with a sea drill and steals one of its missiles. Bond has 48 hours to investigate the sinking before the British and Chinese go to war. Bond investigates Carver in Hamburg, seduces Carver’s wife, Paris, and steals the GPS encoder. Carver orders assassin, Dr Kaufman to kill Paris and Bond. Paris dies, but Bond kills Kaufman and escapes. Bond travels to the South China Sea and discovers that one of the missiles is missing from the wreck of the HMS Devonshire. Wai Lin, a Chinese agent on the same case, and Bond are captured by Stamper and taken to Carver’s headquarters in Ho Chi Minh City, but they escape and team up. They board Carver’s stealth ship to prevent him firing the stolen British missile at Beijing. In the final confrontation, Bond detonates an explosive exposing the ship on radar to the Royal Navy, and kills Carver with the sea drill.

Michelle Yeoh performed most of her own stunts

The film was dedicated to the memory of Cubby Broccoli, who passed away the year before release

The opening sequence was originally intended for The Living Daylights

Much of the snow in the opening sequence was fake, as the warm weather was melting the existing snow