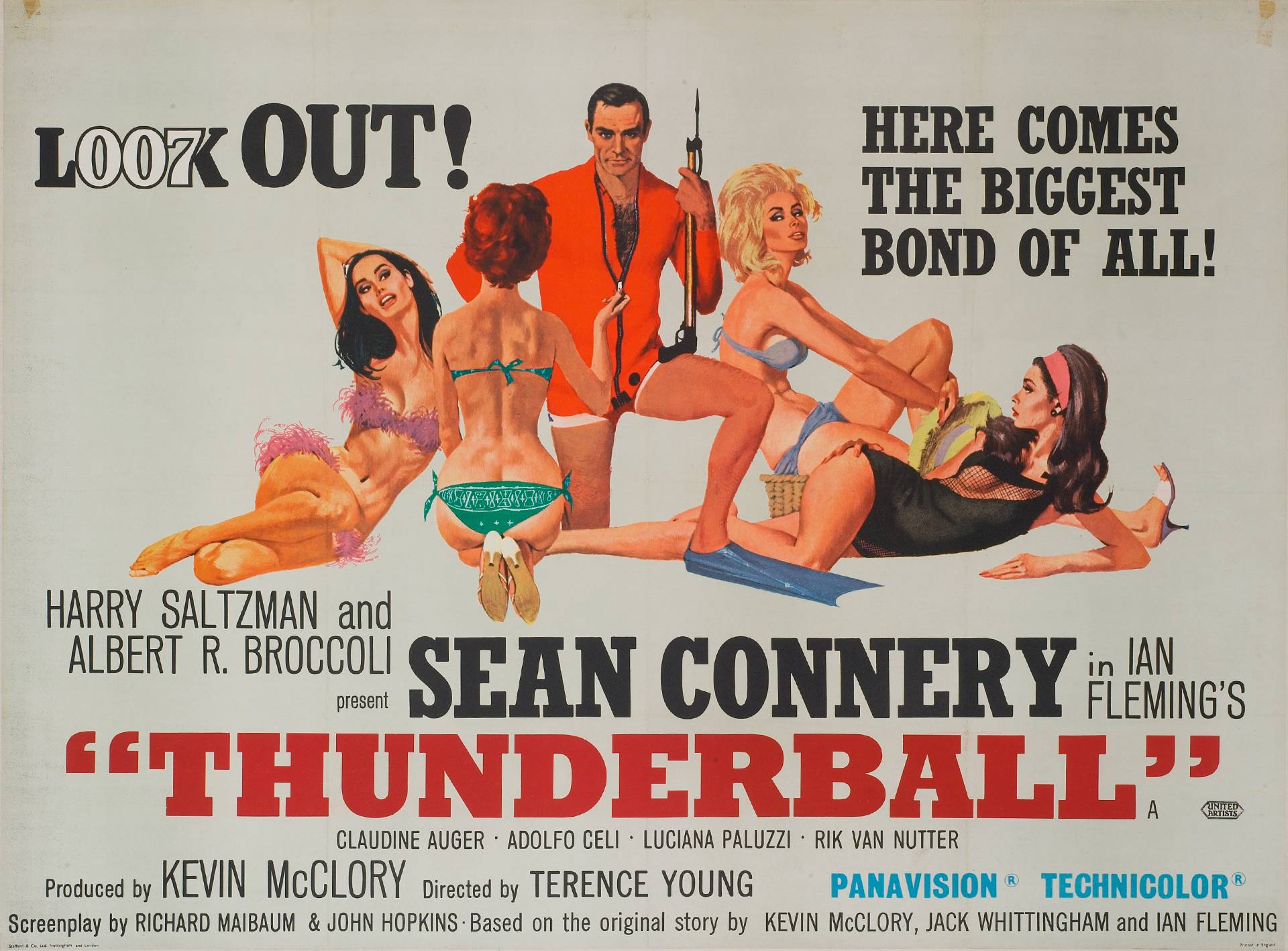 SPECTRE steals a Vulcan bomber carrying two nuclear warheads and holds NATO to ransom to the sum of £100 million. In a race against time, Bond discovers the only lead – a photo of NATO pilot Major Derval with his sister, Domino – and is assigned to Nassau to investigate. Once he contacts Domino, and sees her connection to Emilio Largo, Bond and his team hunt for the bombs on board Largo’s yacht, the Disco Volante, and at his villa, Palmyra, but without success. After dispatching SPECTRE agent Fiona Volpe, Bond enlists the help of Domino by showing her proof that Largo killed her brother. As the Disco Volante sails for Miami with the bombs aboard, Domino is discovered spying and is tortured by Largo. Bond takes part in the thrilling underwater fight between SPECTRE and US aqua-paratroopers, before tackling Largo on board the Disco Volante. As Largo is about to shoot Bond, Domino harpoons him, gaining revenge for the murder of her brother.

Special effect supervisor John Stears won the Oscar for visual effects for his remarkable achievements. Incredibly, he did not even realise he had been nominated until his Oscar was delivered to him

There were only two men in the world qualified to operate Bond’s famous rocket pack, which was developed by the army for battle use. These two men were brought to France to film the sequence

Ken Adam designed a corridor in the pool, made of perspex glass, so that Sean Connery could get close to the sharks.