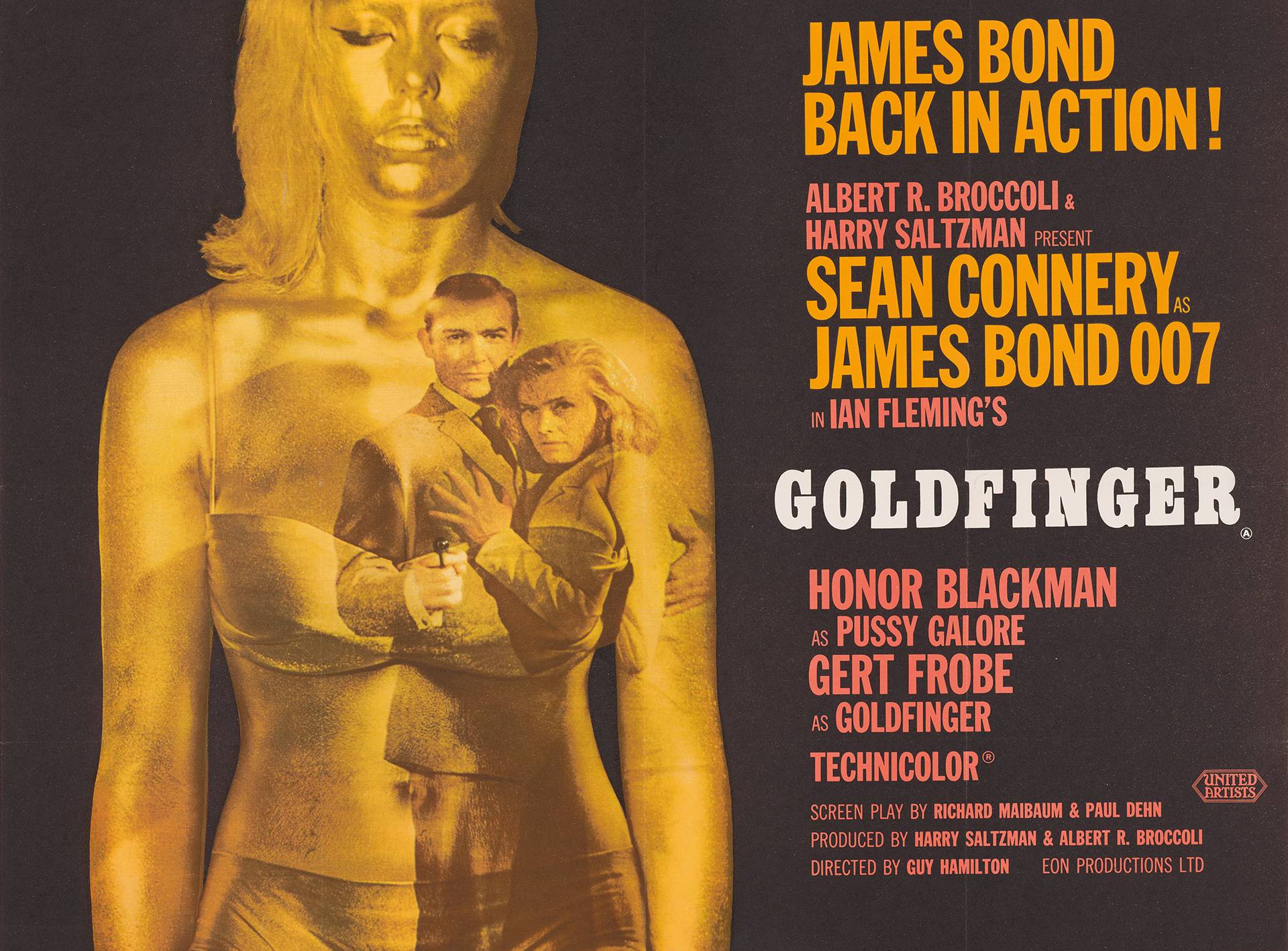 James Bond is assigned to investigate one of the wealthiest men in the world, Auric Goldfinger, who is suspected of smuggling England’s gold reserves. Goldfinger’s greed is exceeded only by his disrespect for human life. When his secretary Jill sleeps with Bond, after Bond catches him cheating at cards, Goldfinger has her killed by smothering her with gold paint. The dead girl’s sister is also killed, when she follows Goldfinger to Switzerland and attempts revenge. Bond is captured by Goldfinger’s huge manservant Oddjob, and almost killed by a deadly laser beam. Drugged, he finds himself on Goldfinger’s private jet being flown to America by Pussy Galore. Bond wins overs Pussy and she helps thwart Goldfinger’s plot to rob Fort Knox.

Aston Martin loaned the filmmakers the first ever development prototype of the DB5, which they subsequently cut out part of the roof to make the famous ejector seat stunt work

Hamilton was told by Gert Fröbe’s agent that he could speak perfect English. On his first day of filming it became apparent that he could not, and so actor Michael Collins was brought in during post-production to dub over Fröbe

The inside of Fort Knox had rarely been seen, and so it was initially decided the film’s fight would take place outside the building. Cubby Broccoli insisted the film enter the building, and said he wanted the interior to resemble a ‘cathedral of gold’

Three weeks prior to release, a crew of three, including Guy Hamilton and Cubby Broccoli, travelled to Fort Knox to film some last-minute shots, including one of a squad of soldiers falling dead

A very young Michael G. Wilson, current co-producer of EON’s Bond films had his film debut as an extra when Pussy Galore’s planes are taking off. He also doubled for Sean Connery in the back of an army truck when the team shot in Fort Knox