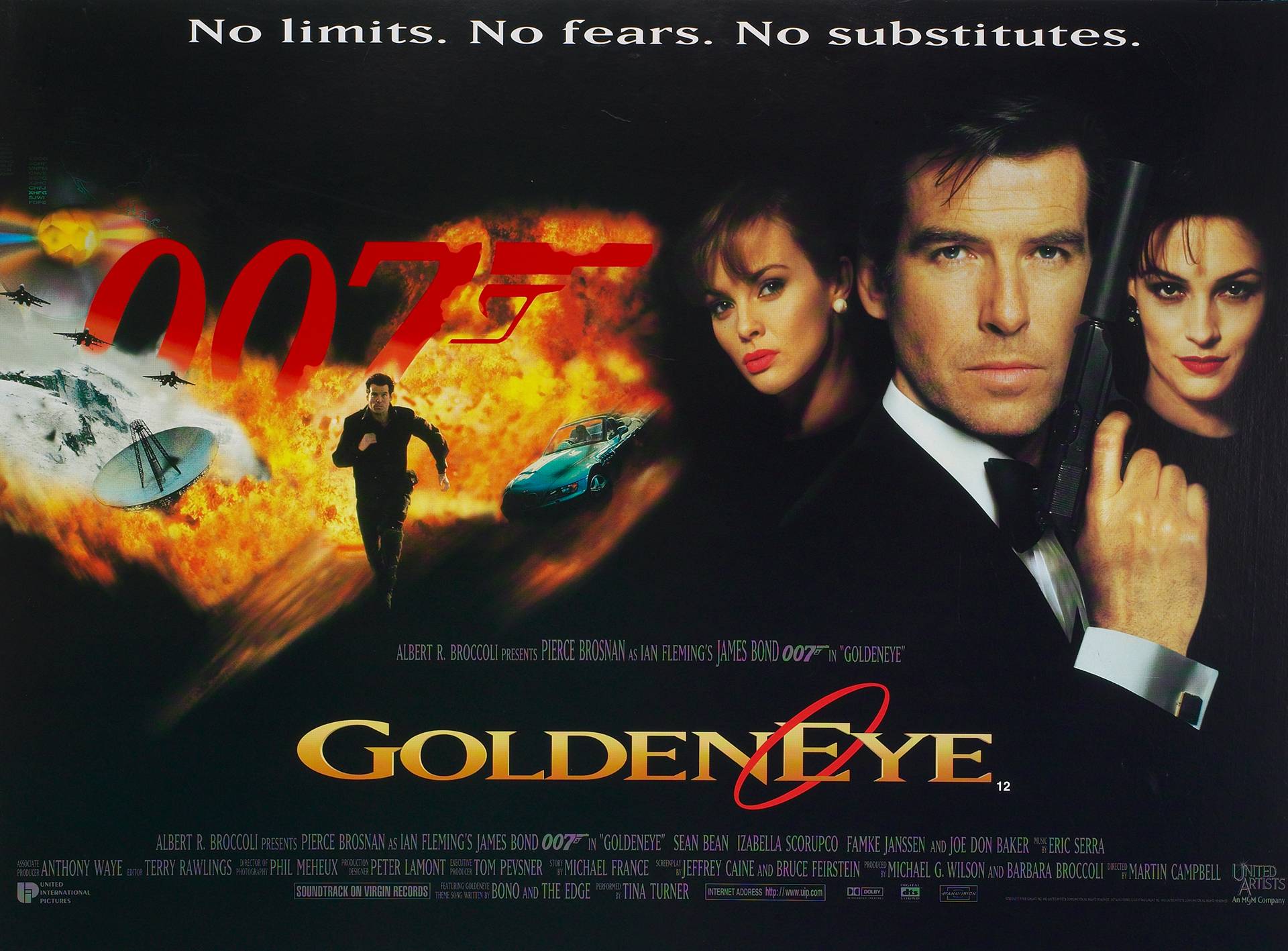 It’s 1986, James Bond and agent 006, Alec Trevelyan, infiltrate a Russian weapons factory, but Trevelyan is killed by General Ourumov while Bond escapes. Nine years later General Ourumov and Russian mafia assassin Xenia Onatopp attack the Severnaya satellite control centre and gain control of the GoldenEye weapons system in outer space. Only computer programmer Natalya Simonova escapes Severnaya alive. In St Petersburg, Bond discovers that Trevelyan had faked his own death, and is planning to use the GoldenEye system to punish Britain for betraying his Cossack parents, who later committed suicide. After a dramatic tank chase on the streets of St Petersberg, Bond and Natalya join forces to track Trevelyan to Cuba, and infiltrate his facility. Natalya reprograms GoldenEye, and Bond fights Trevelyan to the death on the installation’s giant radio dish.

“GoldenEye” – performed by Tina Turner, written by Bono and the Edge

This was the first Bond film to use CGI, with computer graphics being used to create the iconic gun barrel opening reimagined by Daniel Kleinman who also produced the main title sequence

Brosnan drank water in place of his vodka martini on set

The famous tank chase took approximately four weeks to film, the tank was nicknamed Metal Mickey by the crew

This was Barbara Broccoli’s first Bond film as a producer

The film marked the return of the Aston Martin DB5, which had not appeared in a Bond film since Thunderball (1965)