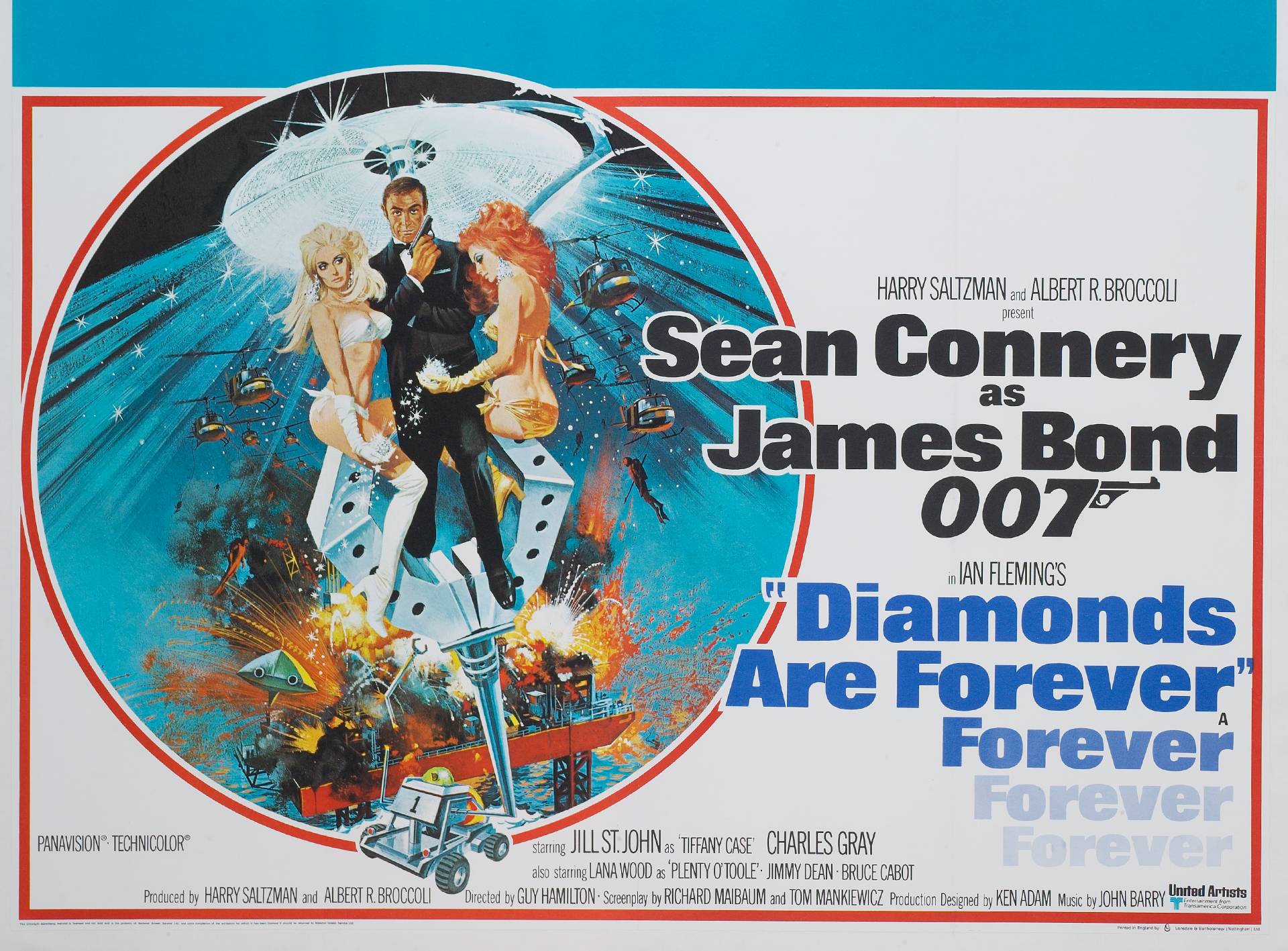 MI6 assign Bond to investigate who is hoarding the world’s supply of diamonds. The case leads Bond to Amsterdam, where he poses as criminal Peter Franks and meets Tiffany Case, a glamorous gemstone smuggler. Bond and Tiffany smuggle the diamonds to Las Vegas, where Bond suspects that reclusive industrialist Willard Whyte is behind the conspiracy. Bond infiltrates Whyte’s desert laboratory and finds that the diamonds are being used as part of a laser beam satellite. Back in Vegas, Bond sneaks into Whyte’s penthouse, where he comes face-to-face with his arch-nemesis Blofeld, who has kidnapped Whyte and is impersonating him. Blofeld plans to hold the world hostage for ransom with the deadly satellite. After being left for dead by assassins Mr Kidd and Mr Wint, Bond and Tiffany follow Blofeld to his oil-rig base. As CIA helicopter gunships attack, Bond disarms the satellite and prevents Blofeld’s escape. On the sea voyage back to London, Bond disposes of Kidd and Wint as they try to assassinate him.

The original script featured Goldfinger’s twin brother as the villain

During re-shoots, the crew accidentally filmed the car on the wrong two wheels, resulting in a last-minute addition of an interior shot of the car switching wheels