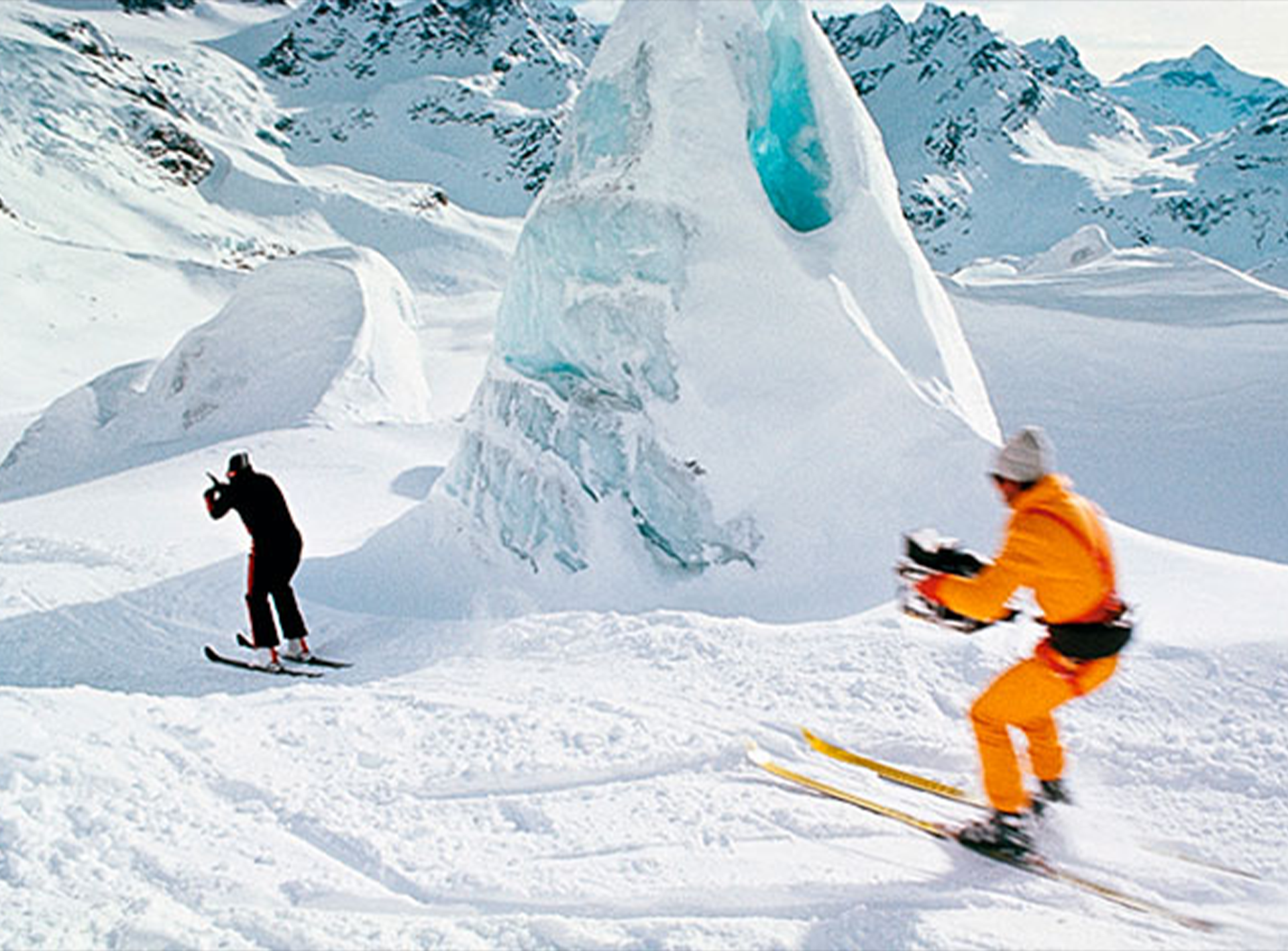 The ski chase that opens The Spy Who Loved Me is among the most thrilling sequences in the entire series. On assignment in Austria, 007 is pursued down a mountain by KGB assassins when he is confronted by a cliff face. All looks lost when Bond skies off the edge to a certain death — until, after a few heart-stopping moments, a parachute opens emblazoned with a Union Jack.

The body of the chase sequence was filmed by the second unit in St. Moritz, Switzerland during January 1977. Despite Roger Moore’s skill as a skier, stunt doubles replaced him during the chase. “If the action’s sufficiently fast you can — by sleight of hand and clever editing — believe it’s the real person,” said Assistant Editor John Grover. “Roger’s a good skier but not a stunt skier. Sorry Roger!” Cameraman Willy Bogner, who had previously captured the skiing sequences in On Her Majesty’s Secret Service (1969), tracked the stunt men on skis using a handheld camera to give the action an extra dynamic edge.

The moment Bond skis off the mountain was inspired by an advertisement for Canadian Club of a skier zooming off Mount Asgard in Canada and then opening a parachute. “We were looking for an opening sequence,” recalled Wilson. “I said, ‘Let’s find this guy’.”

‘This guy’ was climber and stuntman Rick Sylvester. Although the stunt was later revealed to be falsified. Sylvester was convinced it could be done for real. Producer Cubby Broccoli remembered the daredevil as “born with an irresistible urge to cheat death, preferably on skis, he was a natural worry to his mother.”

So, led by second unit director John Glen (who went onto direct five Bond films), Sylvester and a crew of ten headed to Mount Asgard in Auyuittuq National Park on Baffin Island, Canada to film the stunt. The shoot stretched the crew to the limit.

“We were in this very desolate part of the world, inside the Arctic circle with an Eskimo village about 30 miles away,” said Glen. “Each day we had to travel out by helicopter to set up the climbing pylons so the crew could get up there with the cameras. The weather was atrocious.”

Glen waited for ten days, the harsh conditions almost scuppering the stunt. But with a brief respite in the wind and clouds parting, the crew only had a fifteen- minute window to pull off the stunt. “The last thing I said to him was “Go Rick, and don’t forget, you’re James Bond,” recalled John Glen.

Out of the three cameras rolling, only one managed to capture the stunt and an instantly iconic moment was born. As Broccoli put it, “It was brave and it was beautiful. It was the pure essence of James Bond.”