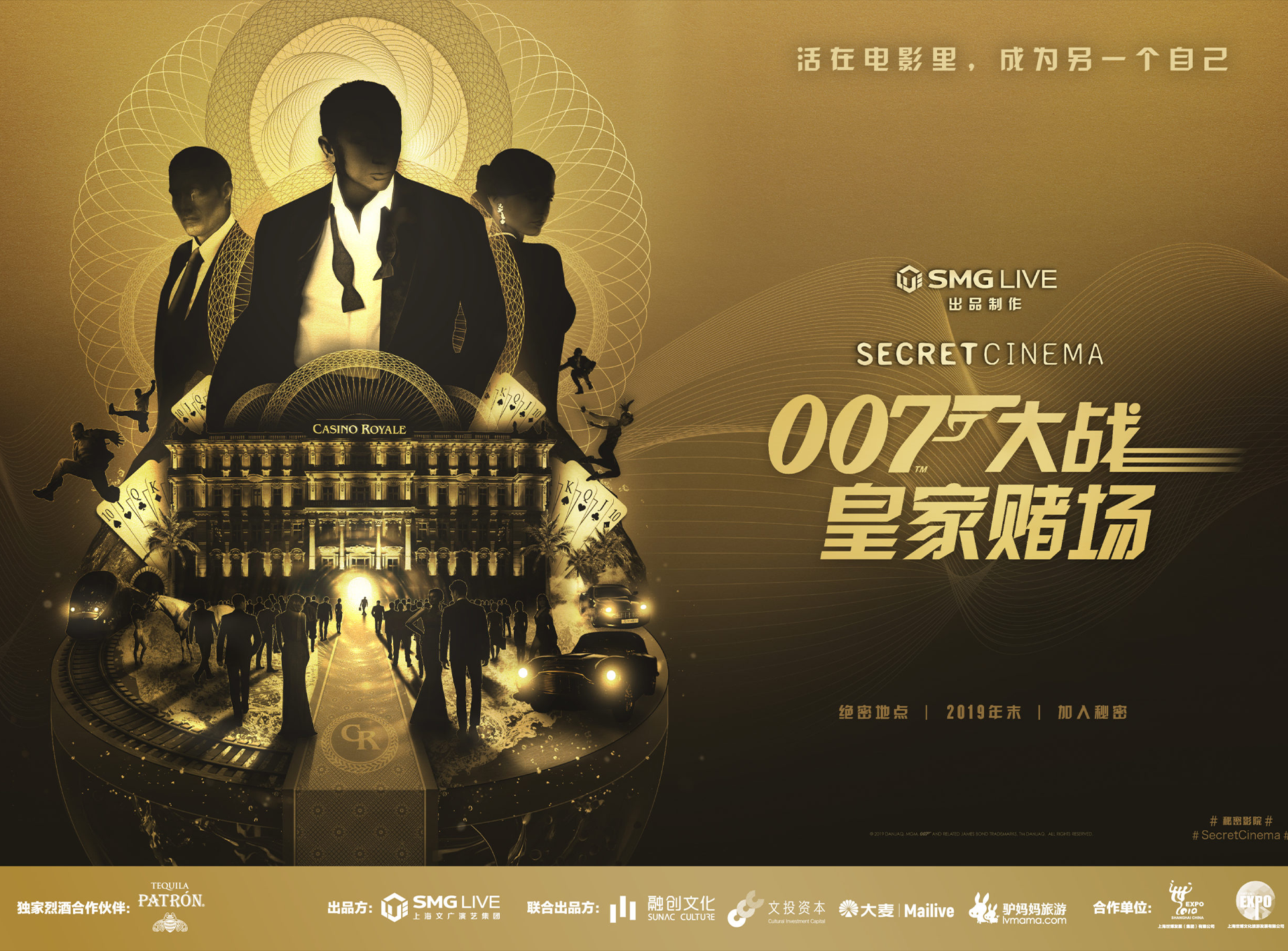 Secret Cinema, today announced its first international expansion into China, in collaboration with SMG Live. They will launch with the current UK show, SMG Live presents Secret Cinema’s production of Casino Royale, in Shanghai on 23 November 2019.

Secret Cinema Presents Casino Royale opened in London this year to widespread critical acclaim and continues to run, drawing record-breaking crowds of over 120,000 so far; making it the largest and most ambitious production Secret Cinema has ever produced.