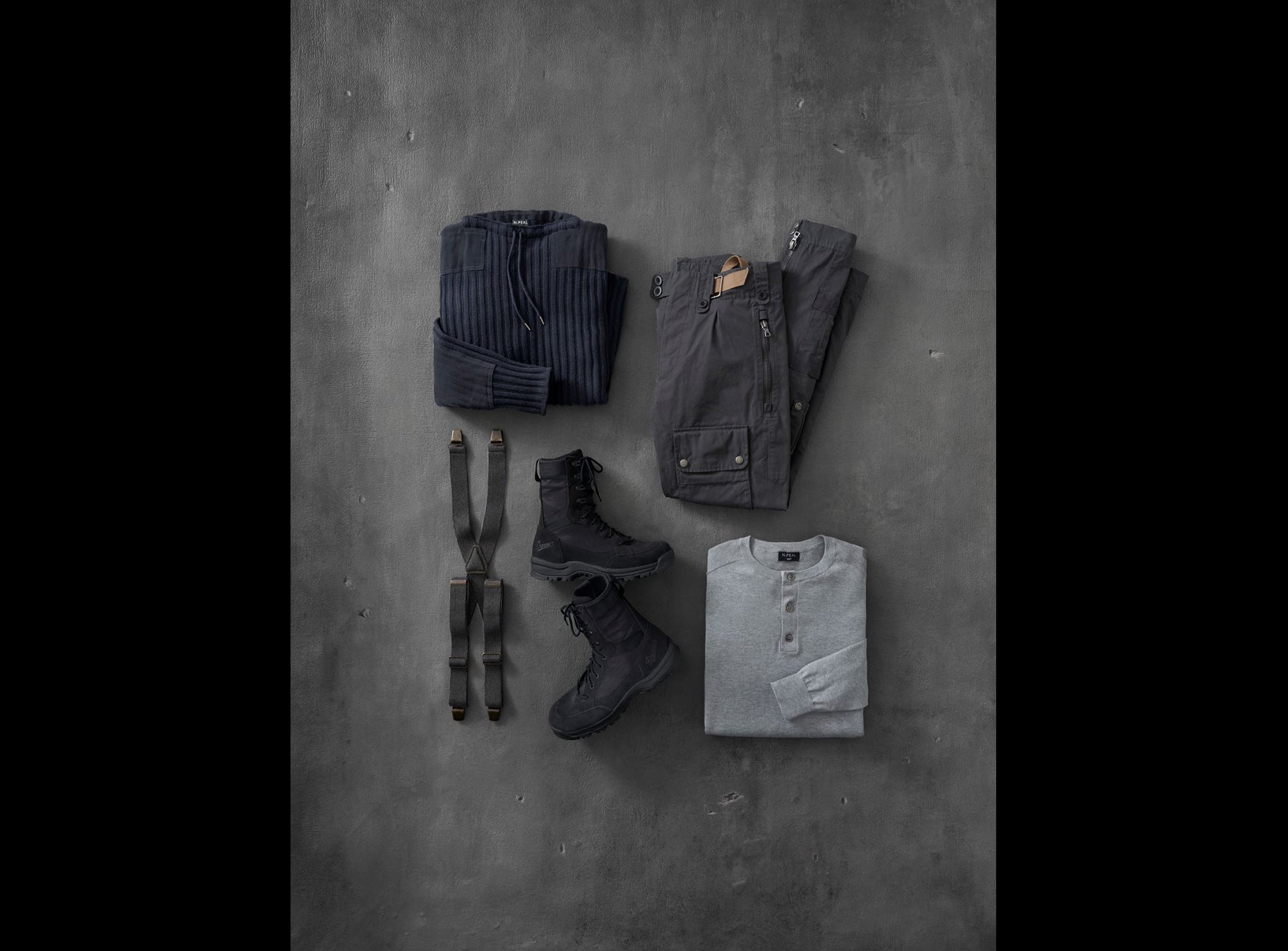 Four new pieces of apparel have been unveiled to celebrate the upcoming release of No Time To Die. N.Peal, creators of Bond’s No Time To Die ribbed military sweater, have collaborated again with Suttirat Anne Larlarb, the film’s Costume Designer. This time they have recreated the trousers, braces and Henley top worn in the tactical action scenes – working from Suttirat’s original designs on exact replica pieces.

The Combat Trousers have been made in 100% cotton, complete with all Suttirat’s features. She says “Over the course of filming, multiple versions of these trousers were prototyped in our workshop; at every subsequent fitting we continued to refine the pattern for ever-changing technical requirements while also perfecting the cut, details and fit until we had the perfect pant for Bond to carry out his mission. These combat trousers were designed not only to meet the particular demands of the action sequence in which they are worn (along with the commando sweater), but very much with an eye towards maintaining the iconic edge that defines the character of James Bond.

Utility details – like the front left gusseted pocket, ankle zips, adjustable hem straps, interior pocket fixtures and components – were all chosen and developed not only to fulfil the practical needs of the costume, but in keeping with the essence of Bond’s signature style.”

The light grey Henley Top is made from a combination of 85% cotton and 15% cashmere, to keep you the ideal temperature whatever the climate.

US bootmakers Danner build on a relationship started in Spectre. After their boots were worn by Bond in the 2015 film’s Austrian mountain scenes, the company was asked to create an all-black tactical boot for No Time To Die’s action scenes. This special 007 Tanicus Boot has just been released as a limited edition design. Delivering longwear performance, the boots are constructed in ballistic nylon and rugged suede with a breathable mesh lining, and the store edition comes with a limited edition 007 x Danner leather passport wallet.