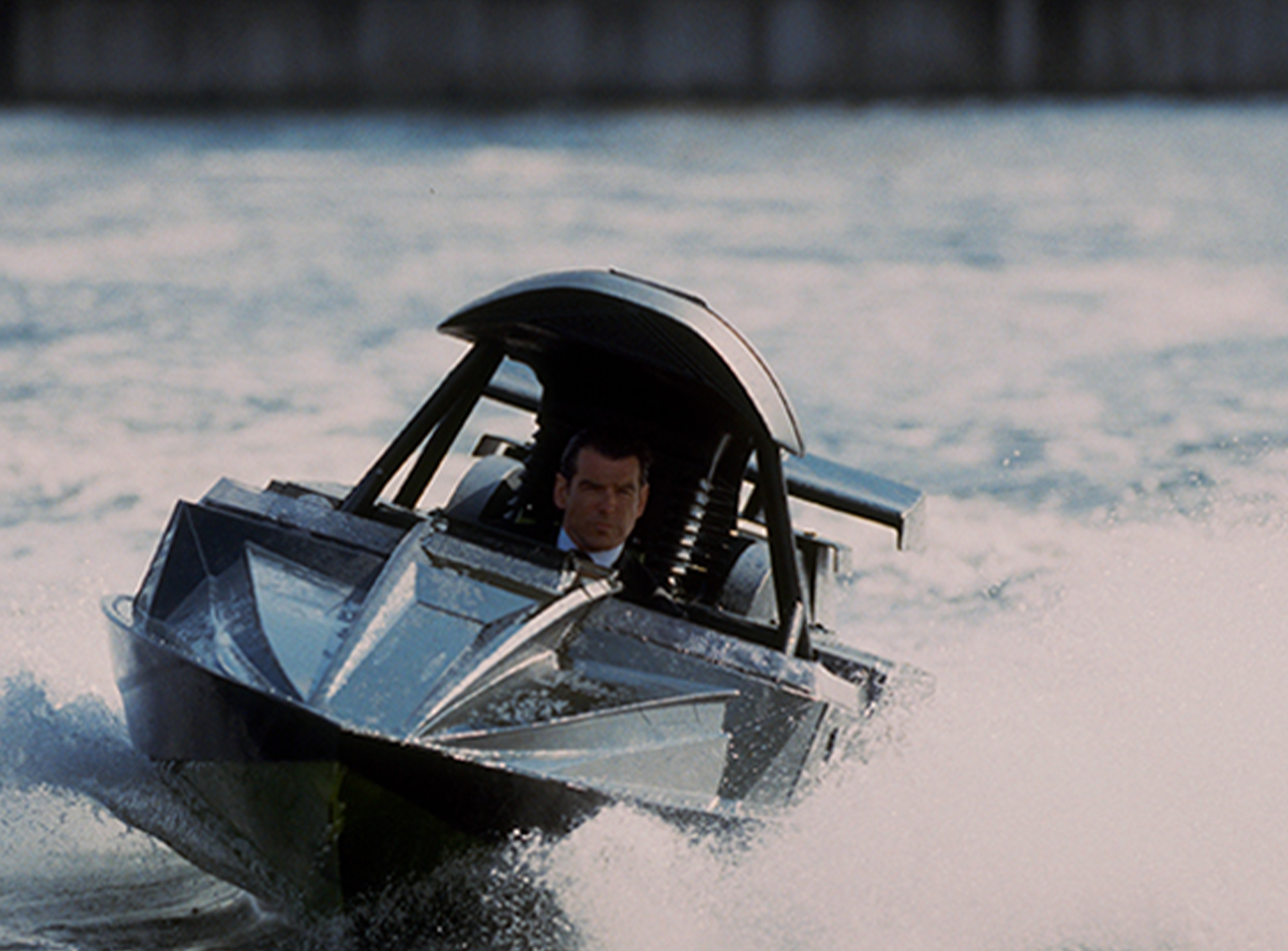 The World Is Not Enough opens with the longest pre-credit sequence in 007 history lasting 14 minutes. After retrieving a large sum of money from a Swiss banker in Bilbao, James Bond (Pierce Brosnan) hands it over to oil tycoon Sir Robert King (David Calder) at M16 HQ in London. When the money explodes killing King, Bond sees the Cigar Girl assassin (Maria Grazia Cucinotta) in a boat trying to shoot him so steals a small experimental boat from Q branch to give chase. The high-speed pursuit takes place along the Thames, past the Houses of Parliament and through a restaurant, ending at the Millennium Dome where the Cigar Girl comes to a spectacular end in a hot air balloon rather than give up her secrets to Bond.

“In the past we had not really used London as a location,” said Producer Michael G. Wilson. “When I saw the logistics involved in arranging the chase up and down the Thames, I understood why.

The sequence was filmed between March 29 and May 7 1999. On the first day of filming, a burst of gunfire prompted a member of the public to call the emergency services but the production already had police officers on set. Other challenges saw the highly tuned engines of the speed boats often breaking down and the tide played havoc with continuity. “The visual difference can be quite large with sand banks appearing and disappearing during shots,” recalled Second Unit Director Vic Armstrong.

On April 16 at Millwall docks, the production captured debatably the most spectacular moment in the sequence as Bond’s boat performs a mid air barrel roll. Unable to achieve the stunt with a ramp like the AMC Hornet corkscrew jump in The Man With The Golden Gun (1974), the roll was performed by stuntman Gary Powell using Vickers air mortars attached to the side of the boat — six cameras captured the stunt.

“Everybody’s in love with Bond and everybody wanted to co-operate,” remembered director Michael Apted about the smooth running of the sequence. “The doors were opened for us to work on the Thames; to shoot around the Houses of Parliament to shoot on, in, and around the Millennium Dome. It’s a great credit to the people who had made the previous Bonds.”