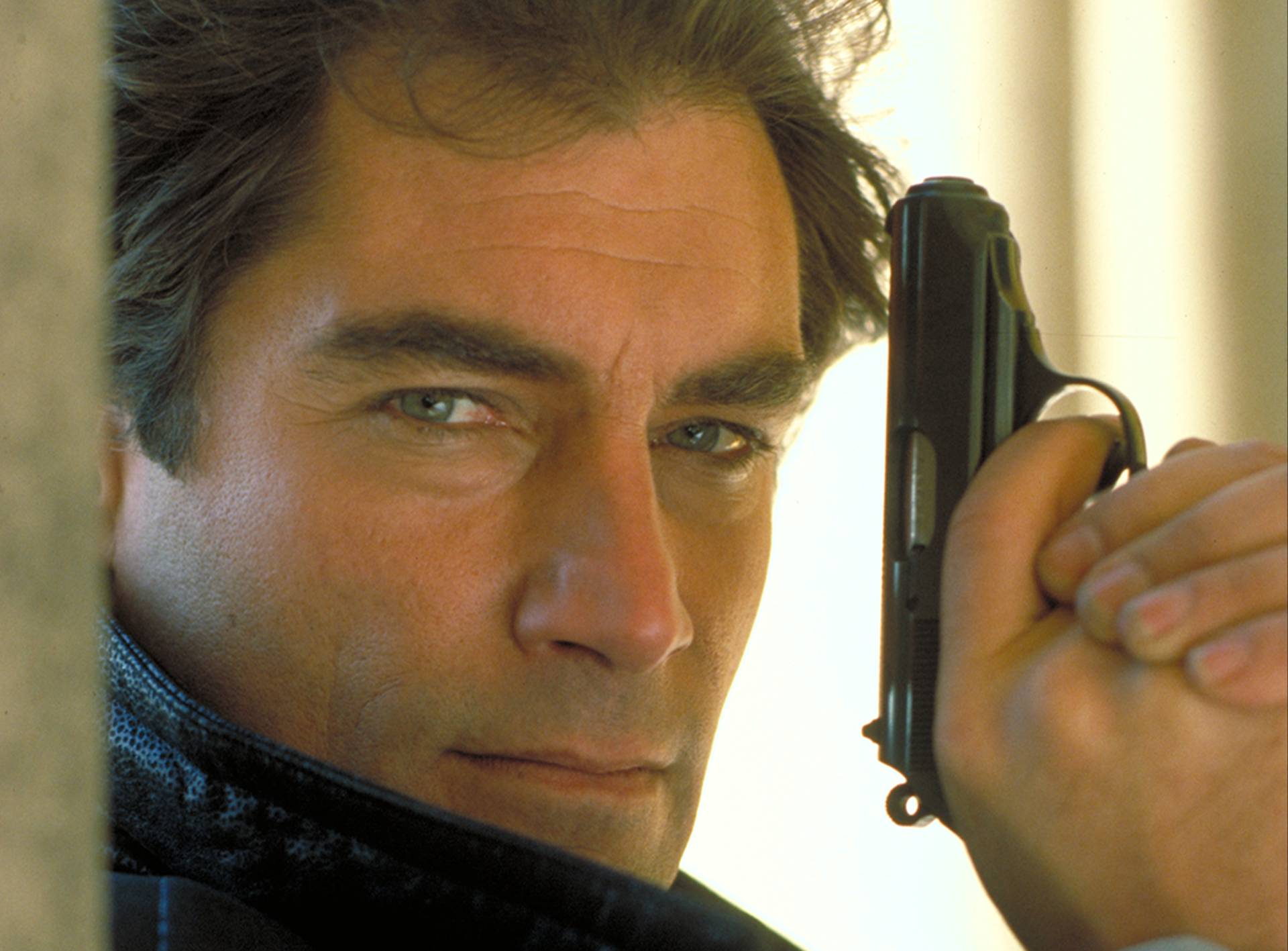 Timothy Dalton approached the role of Bond with the desire to bring the character of 007 as written by Ian Fleming to the screen. Dalton made the role his own by rereading all the Fleming novels and emphasising the undercurrent of bitterness and ruthlessness that he felt defined the literary Bond while still embracing Bond’s élan and extraordinary skills and determination.

Dalton began his acting training at London’s Royal Academy of Dramatic Art (RADA) in 1964 and spent his summers studying at the National Youth Theatre. He made his debut on stage in Shakespeare’s Coriolanus at the Queen’s Theatre. He left RADA after almost two years and joined the Birmingham Repertory Theatre.

It wasn’t long before movie producers came calling. He made his film debut in 1968’s The Lion In Winter, starring Peter O’Toole and Katharine Hepburn, and went on to star in such films as Wuthering Heights (1970), Cromwell (1970) and Mary, Queen Of Scots (1971).

In 1987, after being cast as Bond, Timothy Dalton spoke about his long path to slipping on the shoulder holster. “When I was about 25, Mr Broccoli kindly asked me if I would be interested in taking over from Sean Connery who was about to relinquish Bond,” he recalled. “It was not a firm offer, but an expression of interest. Frankly, I thought it would have been a stupid move for me. I was too young – Bond should be between 35 and 40 years old.” Dalton continued acting, playing a wide variety of roles. “Then, several years ago, when Roger Moore was uncertain about continuing as 007, I was approached again. The situation was very vague, there wasn’t a script yet, and I had already been asked to do Flash Gordon. But I was pleased to have been considered.” Dalton was unavailable to sign in early 1986 so the producers agreed to delay the start of production of The Living Daylights until his current movie, Brenda Starr, had wrapped. Dalton accepted, becoming the fourth man to play James Bond. He went on to star in one more Bond film, Licence To Kill (1989) and announced from the set of TV series Scarlett (1994) that he would not be playing Bond for a third time.