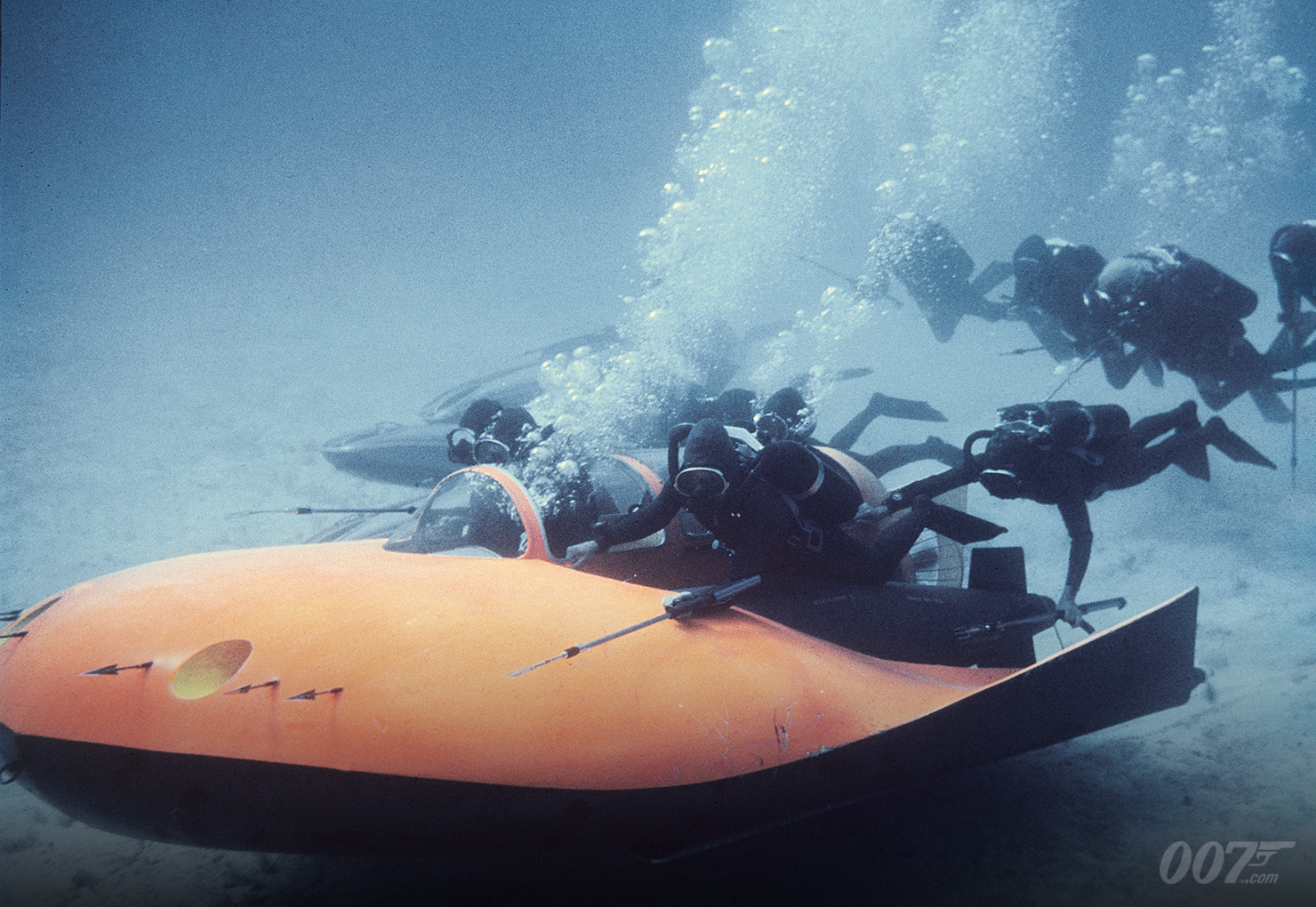 The underwater battle in Thunderball (1965) is a spectacular finale to the film. Bond (Sean Connery) uncovers SPECTRE’s Number Two Emilio Largo (Adolfo Celi)’s plot to hold NATO to ransom with two stolen nuclear warheads. After 007 is captured by Largo, CIA Agent Felix Leiter (Rik Van Nutter) orders the US Coast Guard to parachute in and engage Largo’s men beneath the hull of Largo’s boat the Disco Volante. What follows is a spectacularly choreographed battle that is as beautiful as it is thrilling.

Underwater filmmaking specialists Ivan Tors Films were hired to create 18 underwater sequences which contained 83 separate scenes. The unit were led by Ricou Browning, a filmmaker, cameraman and stunt performer best known for playing the Gill-Man in The Creature From The Black Lagoon.

“I asked (Thunderball Director) Terence Young, ‘Can you tell me what do you want?” recalled Browning about his preparation for the sequence. “He said, ‘Why don’t you shoot it and if you don’t do what I want, I’ll tell you about it.’ I never had another discussion with him about the show after that. He gave me a lot of freedom.”

Filming on the sequence began on May 10 1965 with close-ups of Sean Connery and Adolfo Celi. While the cast and crew of the first unit then returned to the UK, the Ivan Tors unit continued for another two weeks with over 45 divers.

“The underwater fight was the most difficult sequence, only in that there were so many people involved and we had dangerous weapons,” said Browning. “We didn’t want anyone to get hurt, and to coordinate each sequence we took some time to rehearse topside aboard the huge barge that we had rented, and then we would try and recreate underwater what we had rehearsed on the surface.”

The complexity of the sequence as well as the danger also slowed the production down. As Browning put it, “You can only retain so much in your mind before you need to talk again. And in those days we didn’t have underwater communication so we had to use hand signals. When it got so complicated that you couldn’t use hand signals, you just came topside and rehearsed it again, and went back again. It was time consuming.”

The sequence culminates in the Disco Volante running aground and exploding in a huge fireball. The experimental rocket fuel used to detonate the boat was far more powerful than Special Effects Supervisor John Stears predicted, blowing out windows 30 miles away in Nassau.

Stears won an Academy Award for his effects on Thunderball.