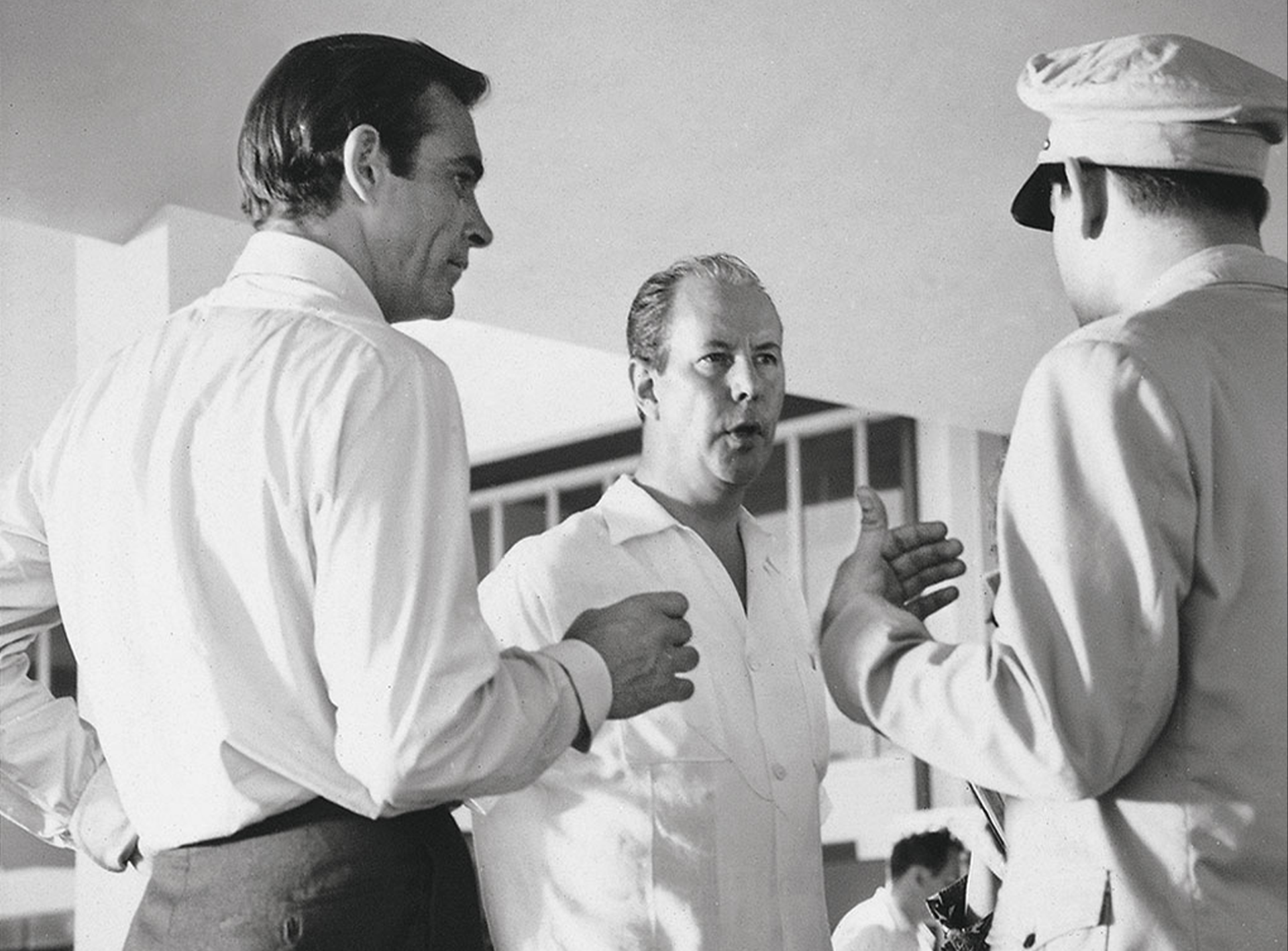 The director who introduced Bond to film-goers, Terence Young added style, wit and class to three 007 adventures, all infused with fast-paced action and thrills.

“In a Bond film, you aren’t involved in cinema-verite or avant-garde,” he once said. “One is involved in colossal fun.”

Shaun Terence Young was born in 1915, the son of an English police commissioner in the International Sector of Shanghai. He was educated in England, studying at Cambridge University. His love of cinema led him to get a summer job at BIP Studios and he later came to the fore as a screenwriter with melodrama Dangerous Moonlight (1941) starring Anton Walbrook and Sally Gray.

His film career was interrupted by World War II, serving with the renowned Guards Armoured Tank Division. Following the end of the war, he returned to screenwriting and became an assistant to such legendary filmmakers as Jacques Feyder, Alexander Korda, Josef Von Sternberg and King Vidor.

Young made his own directorial debut with One Night With You (1948). His next film, Corridor Of Mirrors (1948), starred Lois Maxwell, who went on to play Miss Moneypenny in the Bond series, and won the Best Film Of The Year Award in France. The Red Beret (1953) proved to be significant, becoming his first collaboration with Bond producer Albert R. Broccoli and screenwriter Richard Maibaum.

With an established reputation as an action director. Young was the perfect choice to bring James Bond to the screen with Dr. No (1962). Many believed he embodied the same qualities as 007, particularly a knowledge and understanding of the finer things.

“Terence Young could have played James Bond,” said DR. NO editor Peter Hunt. “It was his style and his schooling of Sean that really made James Bond James Bond.”

Young encouraged Connery to wear Saville Row suits at night even insisting the actor sleep in a suit and tie so he would wear it with ease and nonchalance. Young also guided Connery through the fine wines and menus in expensive restaurants.

With Dr. No a huge success, Young directed the next Bond film From Russia With Love (1963), which he believed was “the best of the Bond pictures. Not because I directed it, although I think it’s well directed, but because it was the best subject for a Bond film.” Developing the character further while maintaining the style and tempo of Dr. No, Young’s work found favour with fans and collaborators alike.

“Terence Young was a phenomenal character,” observed special effects supervisor John Stears. “He would just absolutely get into your mind what he was thinking. You’d do things for Terence without thinking — you’d just do it because you knew that was what had to be done.”