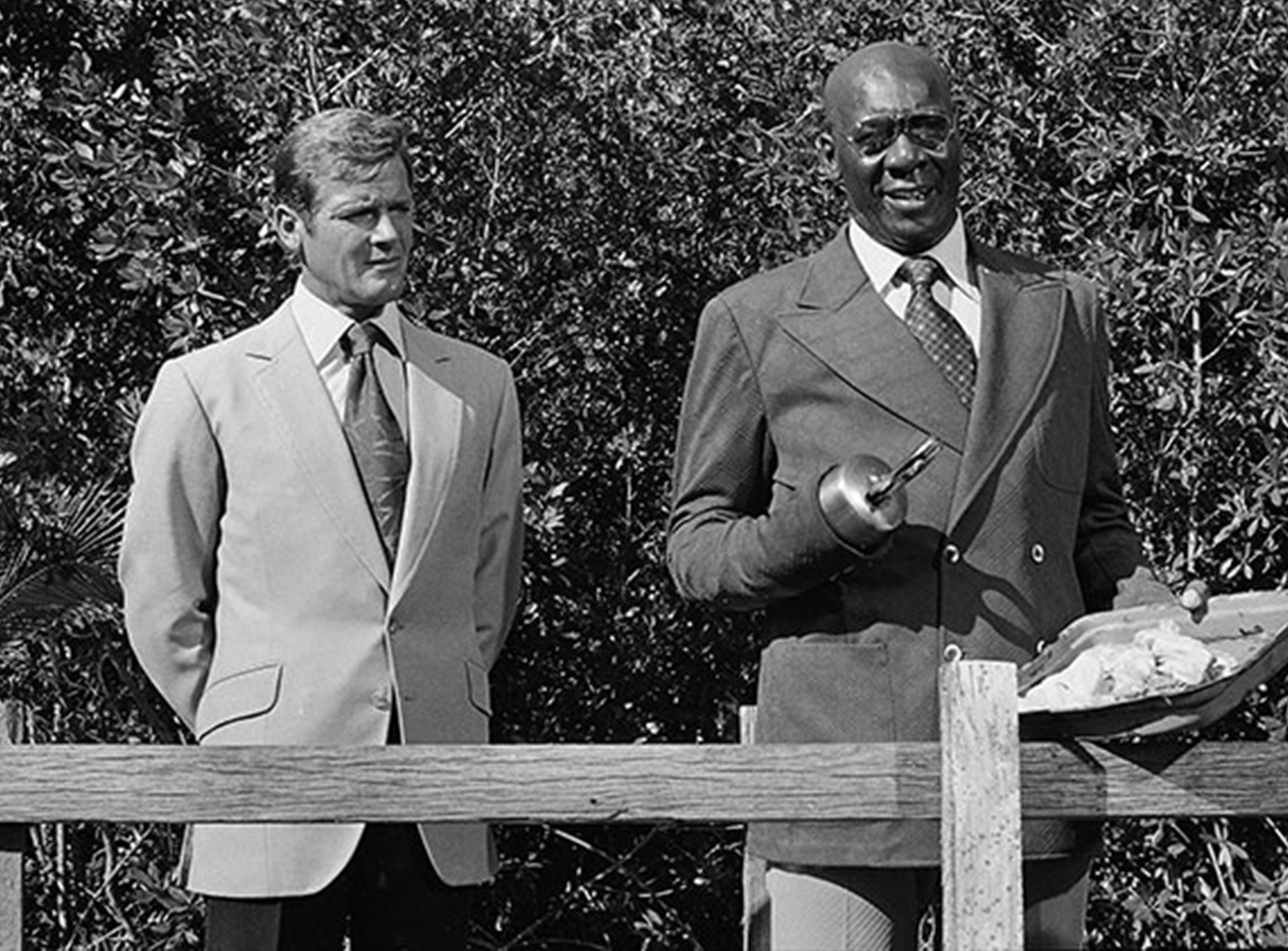 A loyal henchman to Dr. Kananga/Mr. Big (Yaphet Kotto), Tee Hee (Julius Harris) earned his name through his constant sniggering but, behind the laughs, lies a ruthless assassin. He has a metal arm, a replacement for the one bitten off by a crocodile named Albert, graced with a set of pincers to cut and claw his victims.

Bond (Roger Moore) first encounters Tee Hee at Kananga’s Fillet Of Soul restaurant in New York. When Kananga’s medium Solitaire (Jane Seymour) divines 007 is armed, Tee Hee reaches into his pocket, picks out the Walther PPK and twists the barrel, making it impossible for use. When Tee Hee returns the out-of-shape gun with a broad smile, Bond quips, “Funny how the least little thing amuses him.”

During another interrogation by Kananga, Tee Hee is ordered to snip Bond’s finger off to see if he is telling the truth. Solitaire confirms that he is and Kananga orders Tee Hee to let 007 go. Instead, Tee Hee knocks him unconscious.

Bond is taken to the crocodile farm, which Kananga uses as a cover for his heroin laboratory. Pointing out the crocodile that snapped off his arm, Tee Hee lures 007 to a small island surrounded by the deadly reptiles and leaves him to die. With no visible means of escape, Bond improvises the crocodiles as stepping stones to get off the island and subsequently destroys Kananga’s operation.

After he thwarts Kananga’s evil plans, Bond and Solitaire board The Crescent Passenger train. Tee Hee smuggles himself on board inside a mail bag and battles Bond in the small cabin. Bond severs the release wires of Tee Hee’s pincer claw, causing his mechanical arm to lock onto the window handle. Bond throws him out of the train window, ripping his metal arm off. When Solitaire asks Bond what just happened, he replies, “Just being disarming, darling.”