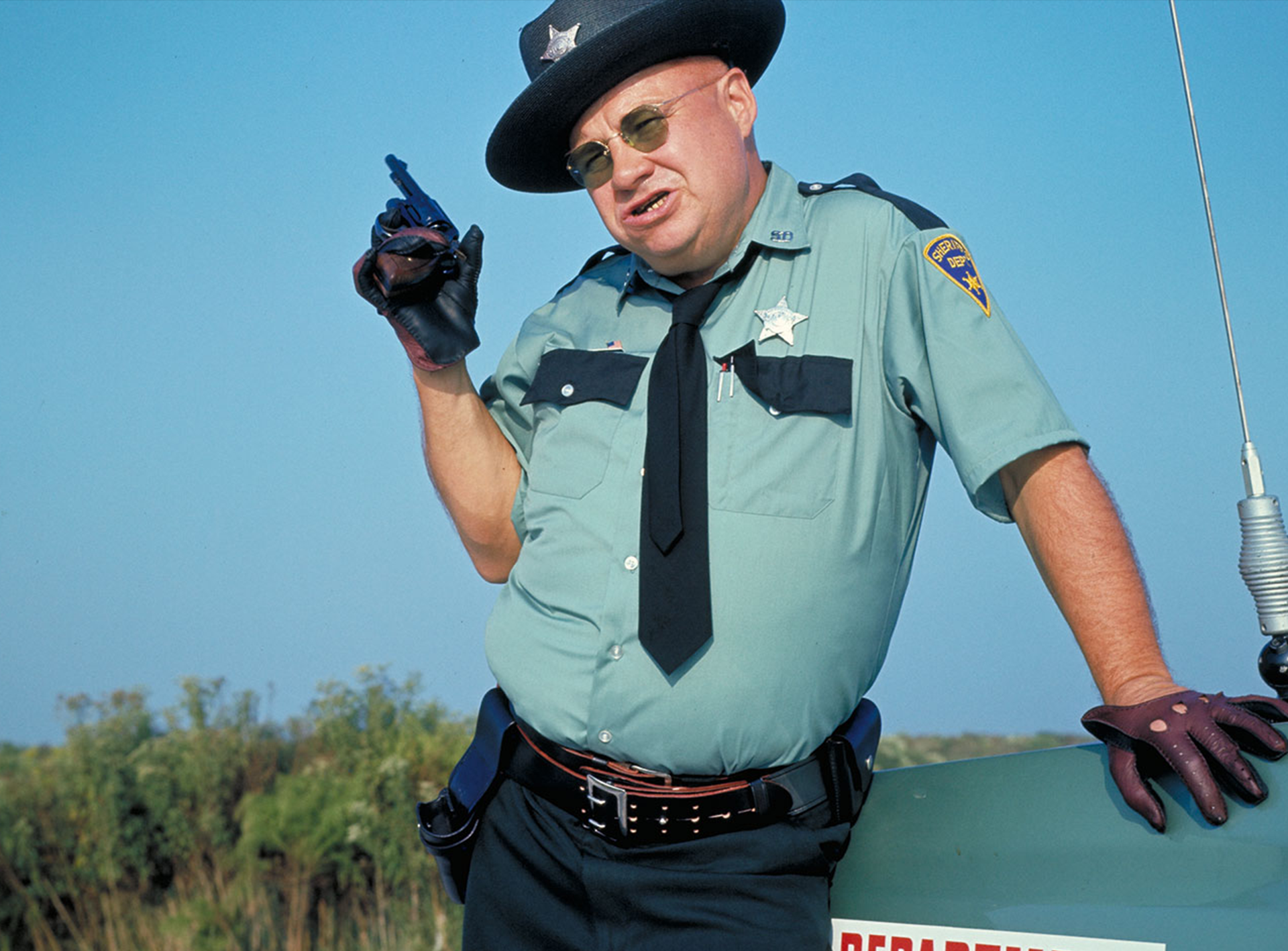 Loud, overbearing and colourful, Sheriff J.W. Pepper (Clifton James) is a lawman in Louisiana who spends his afternoons trying to catch speeding drivers and looking after small town problems such as shooting Mrs Pearson’s rabid dog. His two encounters with Bond turn his small world upside down.

Pepper commandeers a police vehicle and proceeds to a bridge where an obstruction has been set up to stop Bond and his pursuers. The blockade doesn’t halt the cavalcade of boats and Pepper arrives at the scene to find his lawmen flailing in the water.

Realising he needs to raise his efforts, Pepper enlists his brother-in-law Billy Bob who has the fastest boat on the river. The Sheriff heads further along the river boasting about the prowess of Billy Bob’s vessel, blissfully unaware it has been stolen by Adam. When Pepper finally confronts Bond and CIA agent Felix Leiter (David Hedison) at a marina, the fuming Sheriff accuses 007 of being reckless — “What are you? Some kinda doomsday machine boy?” — and attempts to arrest him. After a quick word from Leiter, the supervising police officer informs Pepper that Bond is actually a British secret agent, much to the Sheriff’s annoyance.

Bond meets J.W. again on the hunt for assassin Francisco Scaramanga (Christopher Lee) in The Man With The Golden Gun (1974). Holidaying in Bangkok, Pepper catches sight of Bond when he tours with his wife Marybelle (Jay Sidow). Later, browsing in a car showroom, Pepper finds himself in an AMC Hornet when Bond gets in and drives the car through a plate glass window. Joining the chase for Scaramanga, Pepper is an enthusiastic, encouraging passenger until the point Bond spiral jumps across a canal attempting to catch up with the cultured killer. After Scaramanga escapes, Pepper is arrested by the Thai police, protesting he is a policeman himself.