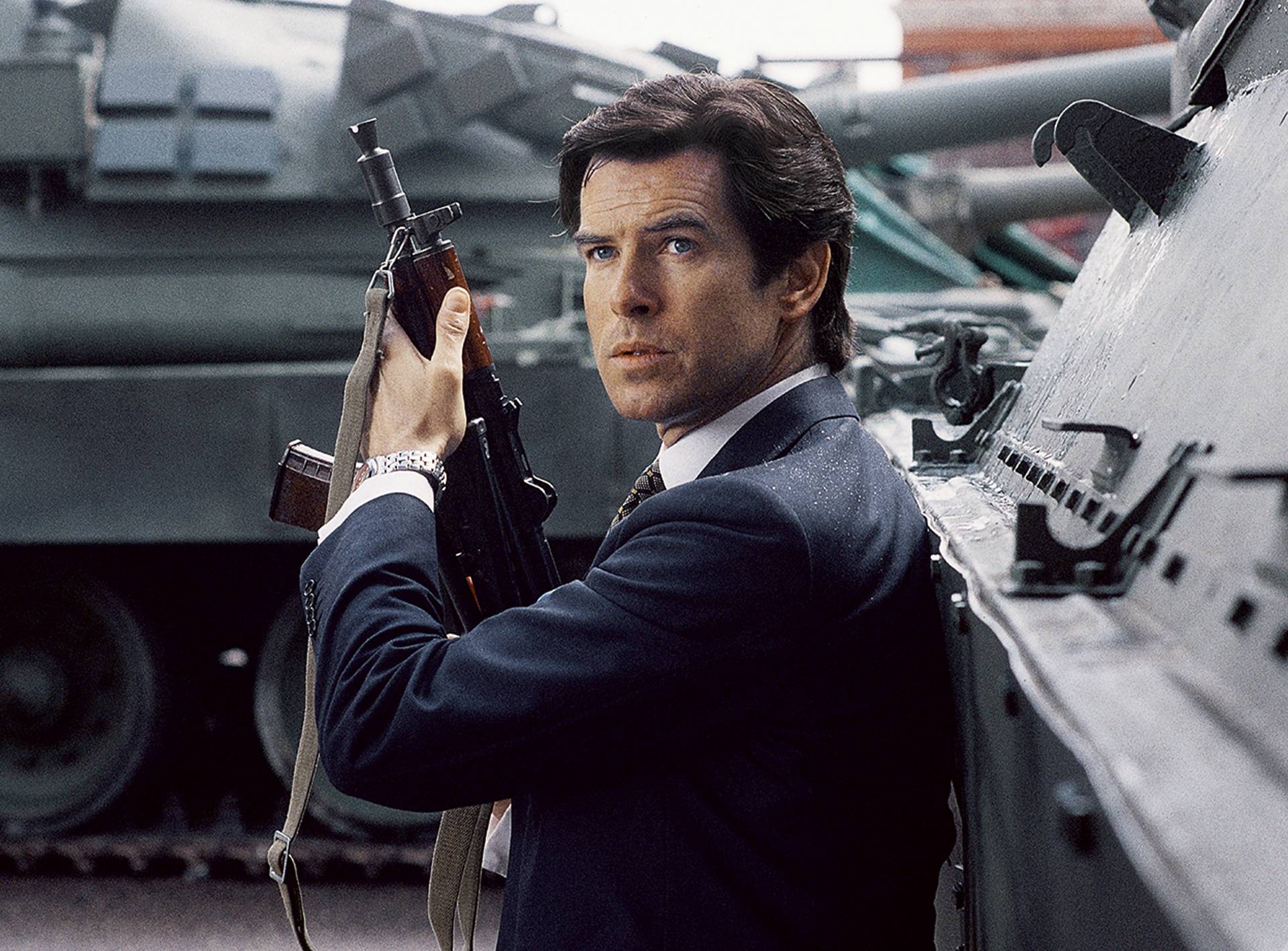 Pierce Brosnan successfully brought James Bond into the 1990’s and the 21st Century. His portrayal of 007 in 1995’s GoldenEye ensured Bond’s relevance after the end of the Cold War and the success of Die Another Day in 2002 showed 007’s enduring appeal after 9/11.

Pierce Brendan Brosnan was born in Ireland in 1953. On the day Ian Fleming died, August 12 1964, eleven-year-old Pierce arrived in London to live with his mother. Brosnan recalls seeing Goldfinger on the big screen, his first film after moving to England; “I was an 11-year-old boy from the bogs of Ireland and there was this beautiful gold lady on a bed–naked. It made quite the impression on me.”

After attending Elliot School in London, Pierce worked as a commercial artist and also performed in a fire-eating act before studying at the London Drama Centre for three years. After graduating he became assistant stage manager at the Theatre Royal, York, where he was handpicked by playwright Tennessee Williams to star in the British premiere of The Red Devil Battery Sign. Brosnan received rave reviews.

During this time Brosnan married Australian actress Cassandra Harris. She had appeared as one of Bond’s leading ladies in For Your Eyes Only.  When Pierce visited Cassandra on the set in Corfu, a number of people, including Producer Cubby Broccoli, felt that Brosnan had the looks and bearing of a future 007.

When Roger Moore resigned from the role of 007, the world’s press touted numerous actors, including Pierce, as the next 007. However, Brosnan’s involvement in the Remington Steele series meant that Timothy Dalton became the fourth 007.

On April 11, 1994, Timothy Dalton announced his resignation as Bond after starring in two films. On June 1 of that year, Brosnan received a call from his agent saying “Hello Mr Bond, you’ve got the part.” Seven days later at a press event in London, Producers Michael G. Wilson and Barbara Broccoli officially announced Brosnan as the fifth James Bond. He went on to star in four Bond films: GoldenEye (1995), Tomorrow Never Dies (1997), The World Is Not Enough (1999) and Die Another Day (2002).

In July 2003, Queen Elizabeth II awarded Brosnan an honorary OBE (Order of the British Empire) for his “outstanding contribution to the British film industry.”