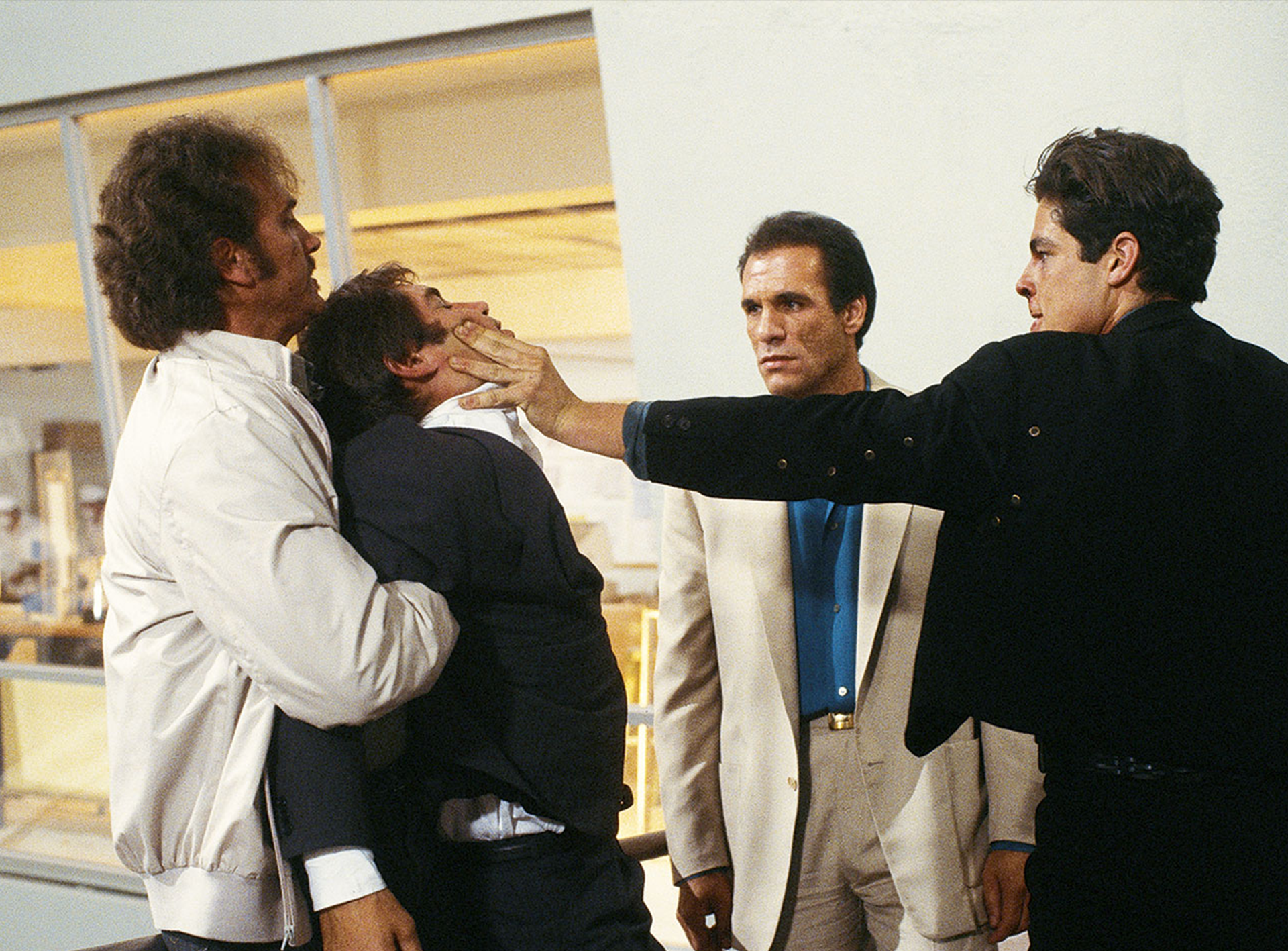 Following the success of The Living Daylights, Producer Cubby Broccoli looked to continue with harder-edged stories suitable for Timothy Dalton’s tougher incarnation of 007. The Screenplay was written by Screenwriter Richard Maibaum and Producer/Screenwriter Michael G. Wilson.

The filmmakers decided to base storyline around the drug cartels in Mexico, investing 007 with a much more personal motivation than ever before. En route to the wedding of his friend Felix Leiter (David Hedison) in Florida, James Bond and Leiter arrest drug baron Franz Sanchez (Robert Davi). As the wedding party hits full swing, Sanchez escapes from law enforcement officers and orders the murder of Felix’s new bride. Swearing revenge, Bond sees his licence to kill rescinded by the British government. With the help of CIA operative Pam Bouvier (Carey Lowell) as well as MI6 gadget specialist Q (Desmond Llewelyn), Bond sets out to thwart Sanchez’s plot to smuggle huge quantities of cocaine by dissolving the drug in petrol.

Looking for an actor with enough presence to play Sanchez, Broccoli and Maibaum spotted Robert Davi in a TV movie Terrorist On Trial — The Us Vs. Salim Ajami. To prep for the role, Davi not only researched South American drug lords but also had the script translated into Spanish to learn the lines with the correct cadence. Davi also played opposite actresses auditioning for the role of his mistress Lupe, eventually played by Brooklyn born Talisa Soto. Future Academy Award winner Benicio Del Toro played knife-wielding henchman Dario. The role of televangelist Professor Joe Butcher was played by Las Vegas legend Wayne Newton, fulfilling a life-long dream to appear in a Bond film.

On Bond’s team, Carey Lowell won the role of CIA operative Pam Bouvier while David Hedison returned as Felix Leiter, which he had previously played in Live And Let Die. Desmond Llewelyn enjoyed his largest role ever as Q, a reassuring presence amidst the darker storyline. “I’d never really been on location before, so I loved every moment of it,” Llewelyn recalled.

Filming began on July 18 1988 at Churubusco Studios in Mexico City. On August 18, the production re-located to Key West, Florida with the second unit led by Arthur Wooster capturing Bond lassoing Sanchez’s plane in mid-air. Special consultants Sparky Greene and Jillian Palenthorpe came up with the sequence involving Bond’s escape from the Wavecrest and then via plane — water-skiing champion David Reinhardt doubled for Bond barefoot skiing behind a plane.

The idea of drug dealers smuggling cocaine by dissolving it in aircraft fuel and then reconstituting it in the US came from a Coast Guard law enforcement friend of Michael G. Wilson’s. The film’s climax sees Bond destroy the tankers shipping the illegal substances. To allow the tankers to do side and back wheelies, stunt arranger Rémy Julienne contacted Larry Orr chief engineer of Kenworth Trucks, who modified the stunt trucks known as Pamela 1, 2 and 3 (after the film’s heroine). The scene was shot over seven weeks at Rumorosa Pass, an hour from Mexicali.

After filming was finished, the film’s original title, Licence Revoked, was changed to Licence To Kill. With a score by action maestro Michael Kamen, Gladys Knight performed the title song and Patti LaBelle sang the end credits number ‘If You Asked Me To’ which later became a hit for Celine Dion. The film proved to be the last 007 film not only for Dalton but also for many Bond regulars; title designer Maurice Binder, screenwriter Richard Maibaum, director of photography Alec Mills and director John Glen, Licence To Kill being his fifth 007 film.

“I think it is probably the best film I’ve ever done,” recalled Glen, “and I’m very proud of it,”