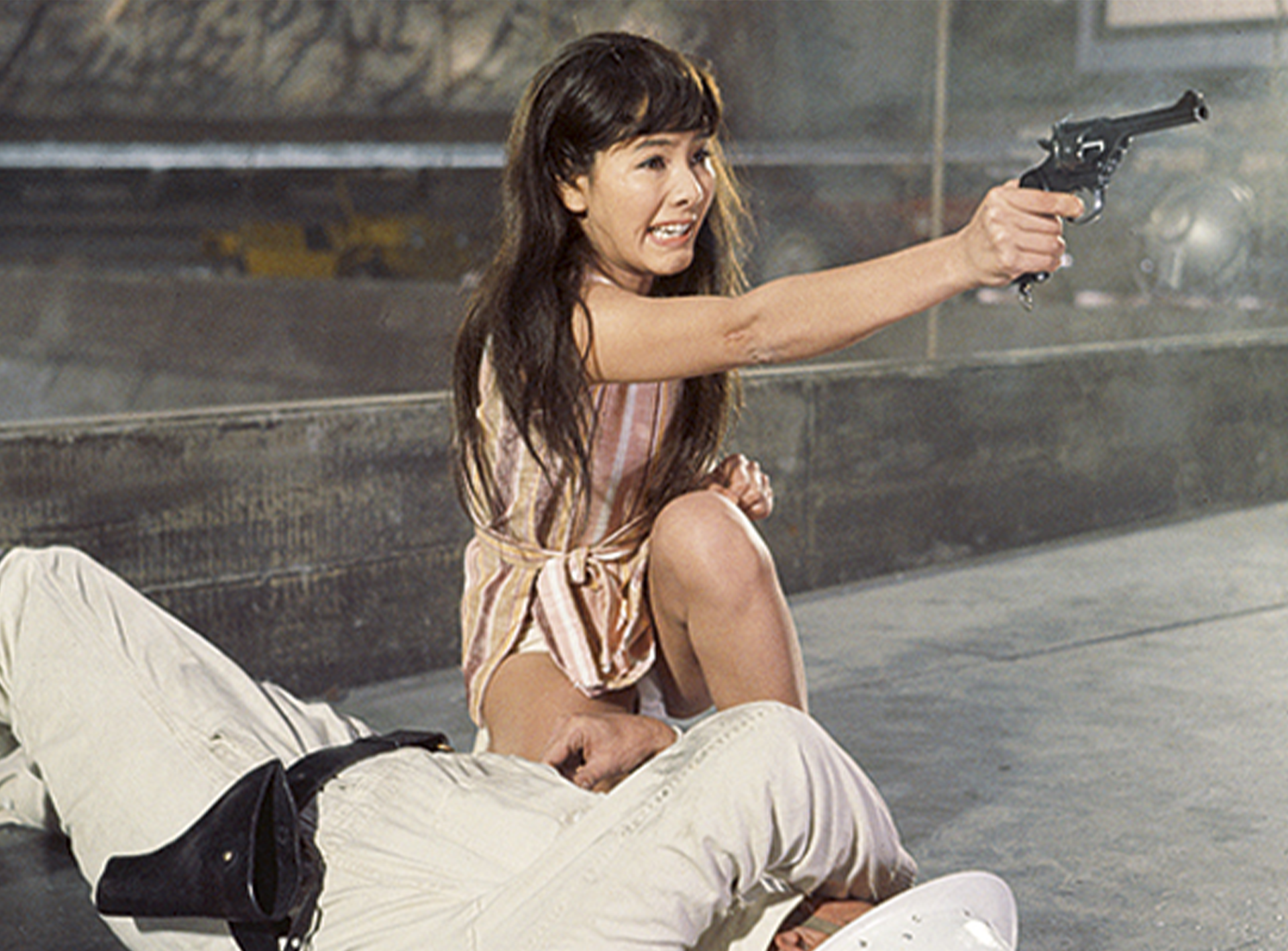 In You Only Live Twice (1967), Kissy Suzuki (Mie Hama) works as a local field agent for Japanese Intelligence Chief Tiger Tanaka (Tetsuro Tamba). Based on the island of Matsu, she works as an Ama diver (female divers known for collecting pearls), a skill, along with her courage and tenacity, that makes her invaluable in assisting 007 (Sean Connery) in his mission to track down captured US and Soviet spacecraft.

Kissy first meets Bond when he must pose undercover as a local fisherman. She is chosen by Tanaka to marry Bond in a pretend wedding ceremony, allowing Bond invisibility to continue his search of the islands as a local. During a meal at Kissy’s house, she makes it perfectly clear to Bond that, despite their faux marriage, their relationship is purely business.

Later, Kissy offers Bond useful information for his investigation when she explains that an Ama girl died in Ryuzaki, a cave on the mainland that served as an ancient vent for a nearby volcano. The following day, Kissy takes Bond to the caves and the pair discover it is filled with lethal phosgene gas, and so swim underwater to escape danger. Continuing to look for clues, the couple share an intimate moment cut short by a helicopter flying into the mouth of the volcano. Kissy tells Bond the volcano has never been active in her lifetime and, on further investigation, they discover what looks like a lake within the crater’s surface is actually a canopy for a SPECTRE rocket base below.

As 007 infiltrates the base, Kissy heads back to meet Tanaka. During the swim home, she is targeted by a SPECTRE helicopter taking shots at her. Employing her skills as an Ama diver, she stays beneath the water to protect herself. She makes it to the mainland and joins Tanaka and his ninjas on an assault on the volcano. She saves Tanaka’s life by shooting an assailant during the battle. When Blofeld blows up his own base, Kissy and Bond escape via the Ryuzaki cave. They find a raft and relax in each other’s arms — until their dinghy is scooped up by M’s submarine.