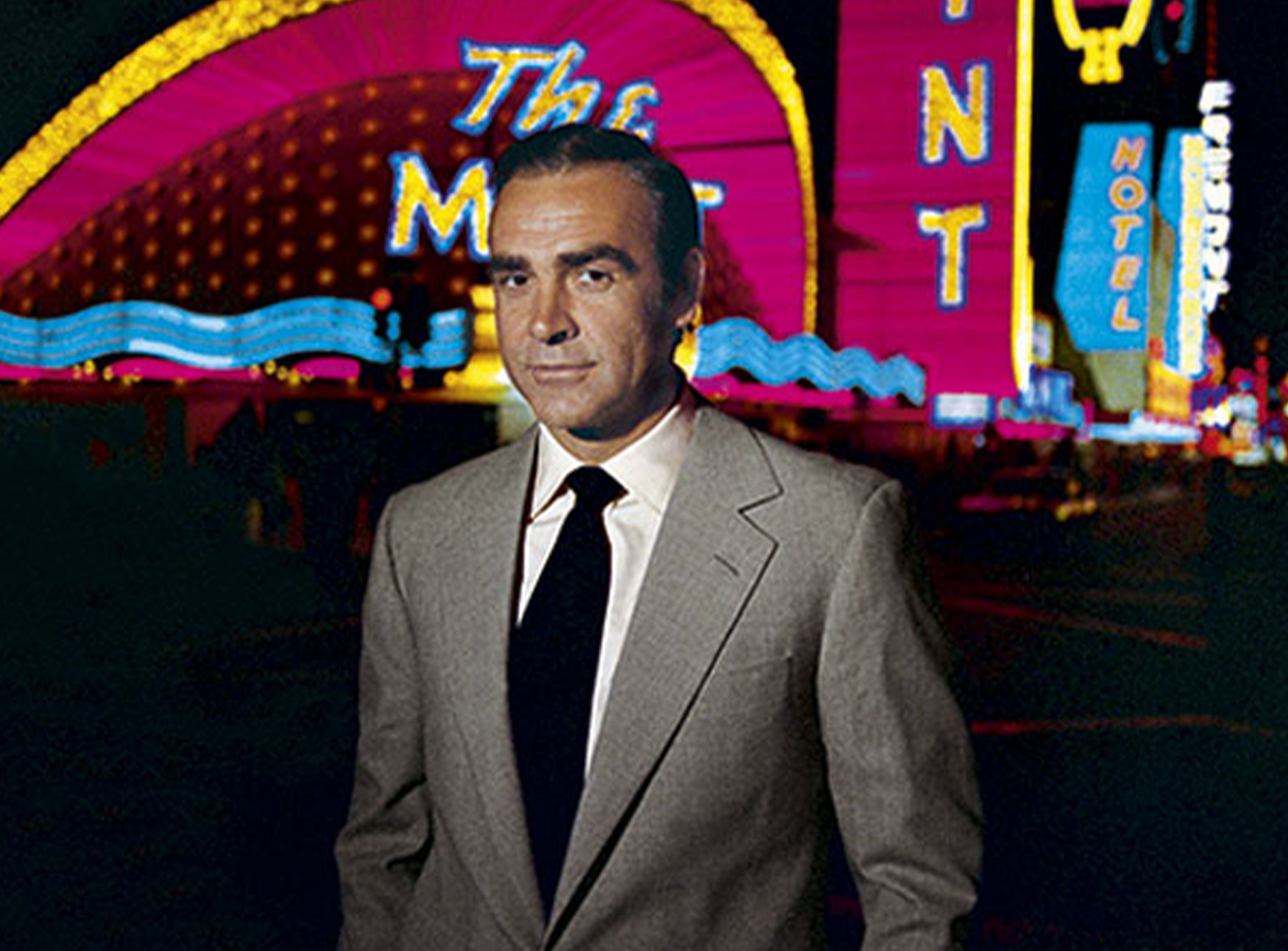 For the first James Bond film of the seventies, producers Albert R. Broccoli and Harry Saltzman were facing a challenge. While the filmmakers believed On Her Majesty’s Secret Service (1969) worked as a film, they also felt the need to return to the entertainment values of Goldfinger (1964). This hunch was confirmed when studio United Artists released Thunderball (1965) and You Only Live Twice (1967) barely six months after On Her Majesty’s Secret Service, the double bill opening to full houses and cheering crowds. The message was clear: with Diamonds Are Forever (1971) audiences wanted the return of classic Bond. They also wanted the return of the original 007. Although the producers originally chose John Gavin, an American actor, to take over from George Lazenby, they reverted to wooing back Sean Connery.

The final story saw MI6 assign Bond to investigate who is hoarding the world’s supply of diamonds. Posing as criminal Peter Franks, Bond meets small-time smuggler Tiffany Case (Jill St. John) and the pair smuggle a stash of diamonds to Las Vegas, where Bond believes industrialist Willard Whyte (Jimmy Dean) is involved in the conspiracy. 007 infiltrates Whyte’s laboratory and discovers the diamonds are being used as a part of a laser-beam satellite. Bond’s detective work leads him to a run-in with Blofeld who has kidnapped Whyte and is planning to hold the world hostage for ransom with the deadly satellite.

Shooting began on April 5 1971 with the desert outside Las Vegas doubling for South Africa. Cooperation from billionaire Howard Hughes (whose use of doubles and reclusive behaviour inspired Willard Whyte) helped pave the way for a spectacular car chase through downtown Las Vegas. The memorable moment in which Bond turns a Ford Mustang on two wheels had to be shot three times: once at Universal and then twice more in Las Vegas to capture the car emerging from an alley.  The climax, an attack on Blofeld’s base, was filmed at an oil rig off the coast of Oceanside, California.

Yet the biggest challenge facing the team occurred when the main unit returned to Pinewood Studios. Every shot with Connery had to be completed within 18 weeks. On August 13, 1971, Hamilton called cut on Connery’s last shot in an EON 007 film. He finished the shoot with a game of golf, a grudge match against production designer Ken Adam.