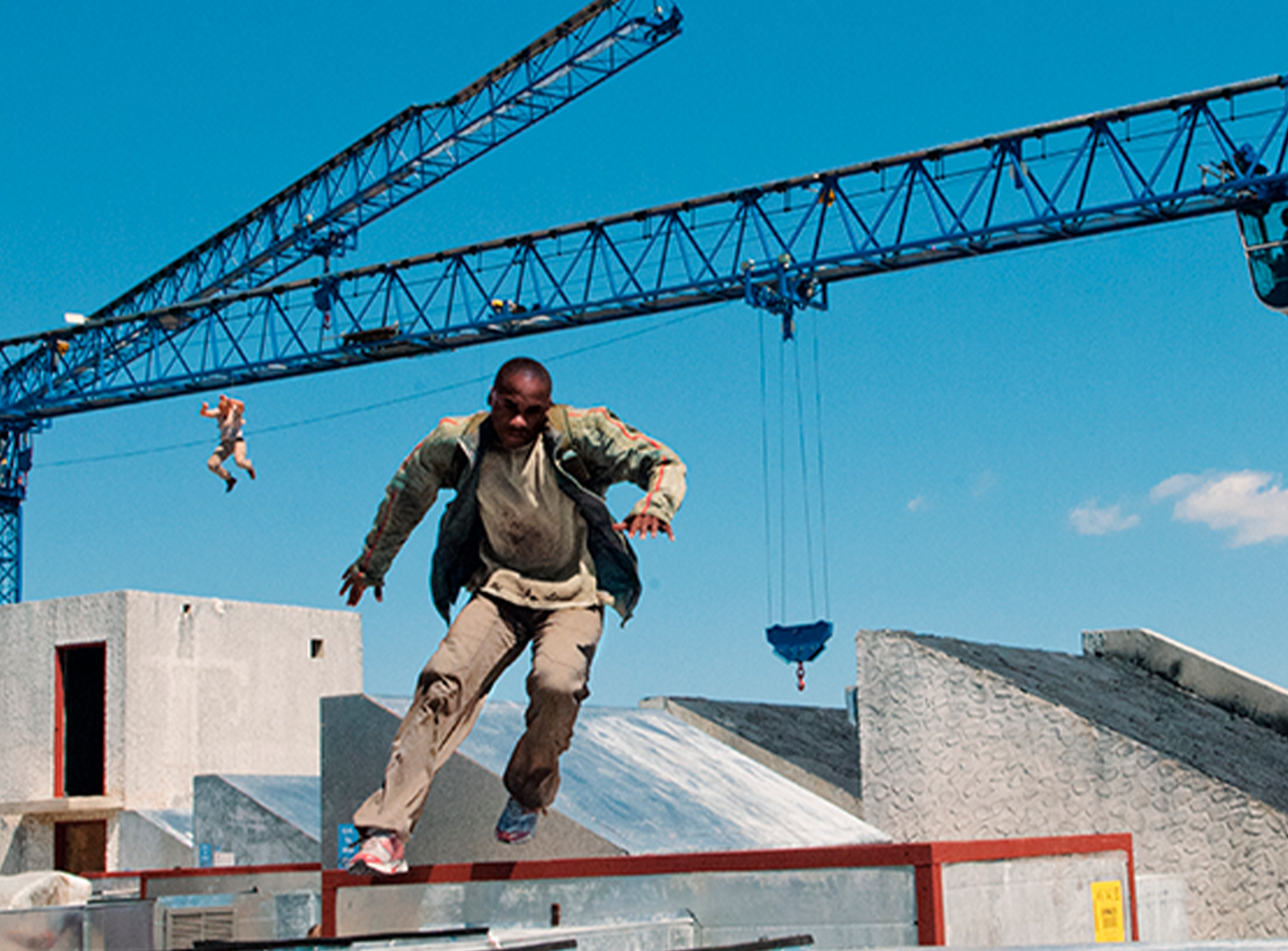 Introducing a new 007 in Casino Royale demanded a new kind of action sequence. The solution came with an amazing foot chase through a perilous construction site in Madagascar with Bond pursuing bomb-maker Mollaka up and down scaffolding, including a jaw-dropping jump from the top of a crane.

Screenwriter Neal Purvis explained the origins of the set piece. “We wanted to establish the new Bond is gadget free, raw, slightly crazy, very physical and incredibly brave. We were also aware there had never been a foot chase in a Bond movie before.”

To shoot the sequence, the unit used Nassau as a double for Madagascar. The construction site was created on the site of an old hotel the team had frequented during the making of The Spy Who Loved Me but had now fallen into disrepair. To ensure the hotel looked like it was in a state of construction, the production needed to dress the site with a framework of girders and three cranes. In the aftermath of Hurricane Katrina, all the US and Canadian cranes had been moved to New Orleans so the unit shipped in cranes from the UK. The steel girders were cut to required lengths at Pinewood, shipped to Nassau then erected in just six days.

Following second unit work directed by Alexander Witt during February, the first unit joined them to shoot with Daniel Craig. To make the sequence fresh, the filmmakers tapped into the burgeoning parkour craze. Screenwriters Robert Wade and Neal Purvis had seen Sébastien Foucan demonstrating free running in the 2003 documentary Jump London leading him to be cast as Mollaka. “The way Sébastien does it is like a ballet,” said Witt. “It’s not like running like a stuntman would do, there is a kind of flow in his running and jumping.”

Shooting the scene at 100 feet above the ground, even seasoned action filmmakers felt the jeopardy in capturing the action. “You’re high up in the air, the wind’s whistling through the girders,” recalled stunt co-ordinator Gary Powell. “It is very intimidating to be up that high.” The heart-stopping leap from one crane to another and then onto a roof was achieved in one-shot. Although the jumpers were sporting safety harnesses connected to an even higher crane and a small landing platform was digitally erased from the shot, the leap was performed for real.

For Daniel Craig, shooting the sequence proved to be a daunting but ultimately cathartic experience. “I’m not going to rush up there again in the near future but I definitely put some demons to bed.”