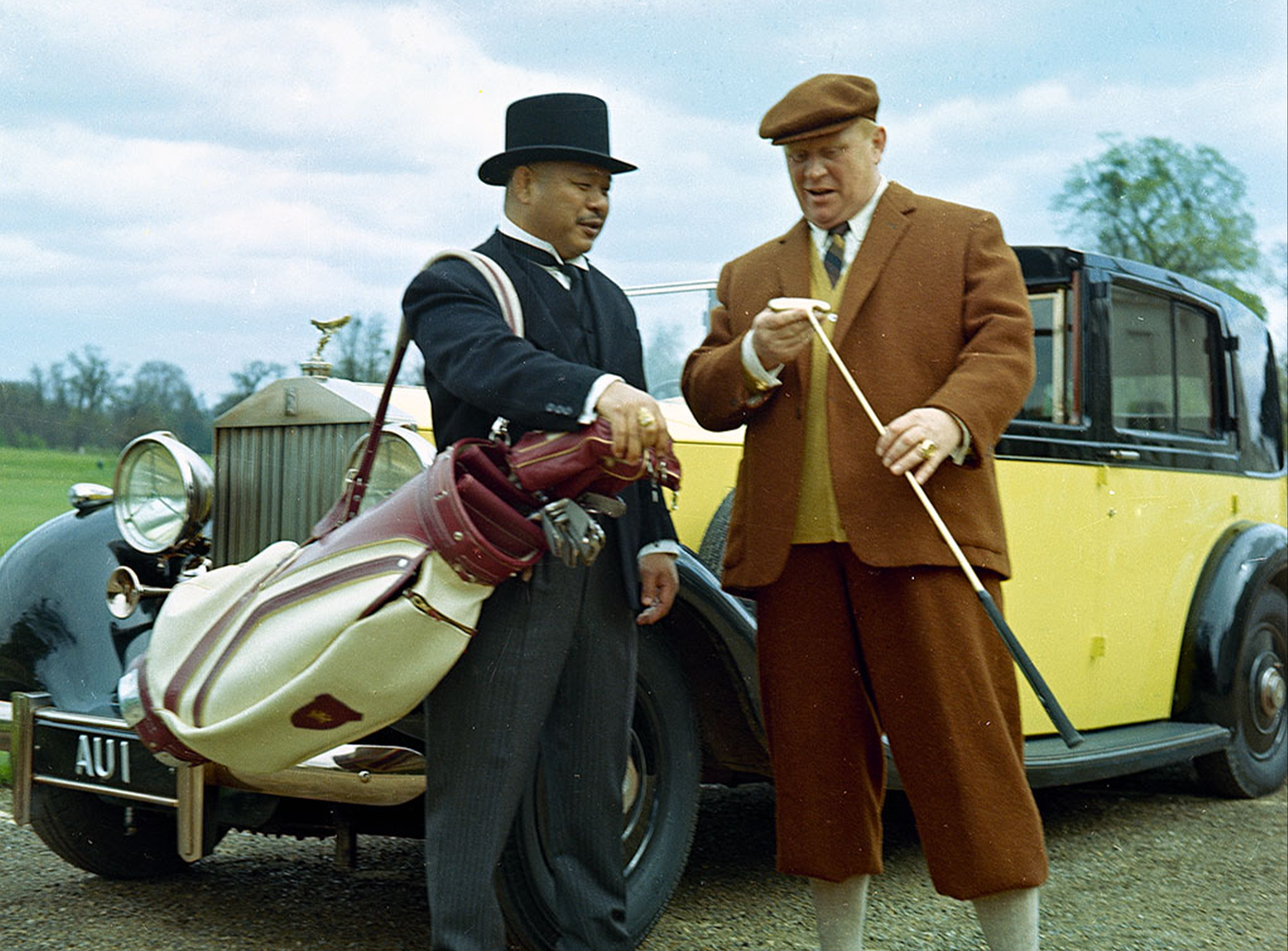 One of the world’s richest men, obsessed with gold and its acquisition, Auric Goldfinger (Gert Fröbe) plots to place an atomic device inside Fort Knox. He plans to increase the market value of his own sizeable gold hoard tenfold by irradiating the $15 billion of gold in the Federal Gold Reserve.

Bond gains a valuable insight into Goldfinger’s ultra-competitive, devious, and ruthless nature when he catches him cheating at gin rummy in Miami Beach. Goldfinger’s anger that his paid companion Jill Masterson betrayed him to Bond results in her horrific death from skin suffocation; he has her painted gold.

Goldfinger then kidnaps Bond, who, having overheard mention of “Operation Grand Slam” convinces Goldfinger to keep him alive, instead of cutting him in half with an industrial laser.

Using most of the organised crime families in the US to smuggle in the components he needs to carry out his plan, Goldfinger gathers the crime bosses together at his stud farm in Kentucky, boastfully informs them of some of the details of “Operation Grand Slam”, and then proceeds to gas them all.

Goldfinger enlists Pussy Galore’s pilots from her Flying Circus to spray Delta-9 nerve gas over the Fort Knox area. Bond convinces Galore to reconsider. She works with the authorities to replace the deadly gas in the canisters. When Goldfinger makes his assault, he finds himself involved in a battle. Nevertheless, he manages to get his atomic device locked inside the depository, with Bond handcuffed to it, before escaping. The bomb is diffused but Goldfinger has one last trick. He hijacks a presidential jet flying Bond to the White House. During a fight with Bond on board Goldfinger fires his pistol. The shot shatters a window and as the cabin depressurises Goldfinger is suck through the opening to his doom.