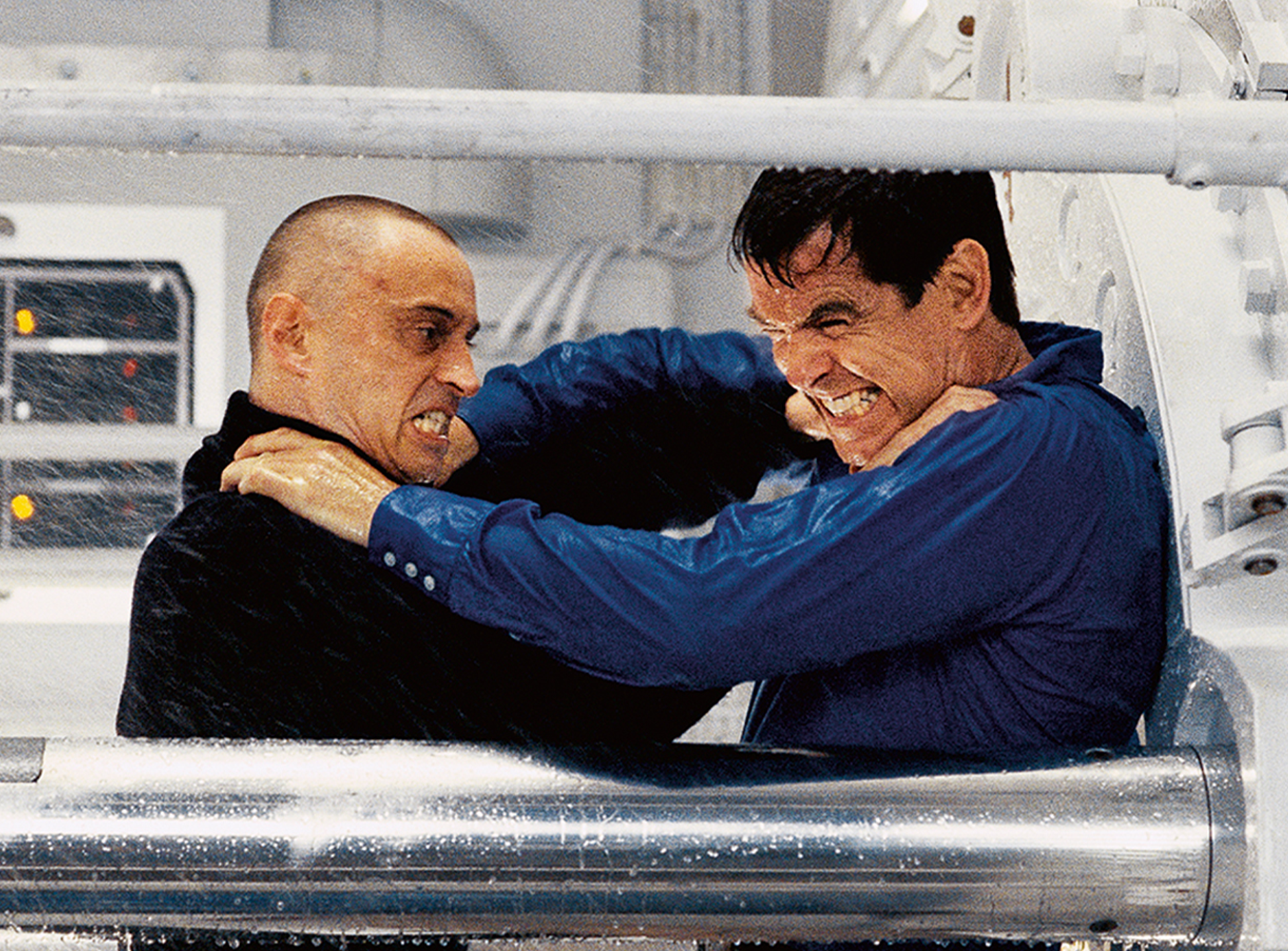 For the last James Bond adventure of the 20th Century, The World Is Not Enough (1999) augmented spectacular action with an intimate dramatic storyline populated with complex characters that twisted audience expectations at every turn.

In 1997, Barbara Broccoli saw a TV programme that explored how untapped oil in the Caspian Sea was ripe for the taking after decades of Soviet control with every major oil company vying for a stake. Broccoli mused what would happen if the next Bond villain tried to eliminate all the competition to provide the only pipeline from the Caspian to the West.

Producers Michael G. Wilson and Barbara Broccoli approached screenwiters Neal Purvis and Robert Wade to develop the story which saw James Bond (Pierce Brosnan) assigned to protect Elektra King (Sophie Marceau), the daughter of murdered oil magnate Sir Robert King (David Calder), a close friend of M’s (Judi Dench). King has been assassinated by terrorist Renard (Robert Carlyle), who is targeting the 800-mile King pipeline, under construction from Azerbaijan to bring oil to the West. Bond and Elektra become emotionally entangled but it transpires that Elektra, in league with her lover Renard, has engineered the takeover of her father’s business empire. Elektra kidnaps M and plans to detonate a nuclear explosion in Istanbul, ensuring the King pipeline is the sole oil route in the west. Bond, aided by atomic physicist Dr. Christmas Jones (Denise Richards), kills Elektra, rescues M and foils Renard’s bomb blast, impaling him with a plutonium rod.

Given the powerful roles for women, the filmmakers looked for a director with a track record in eliciting strong female performances. Michael Apted, who had guided Sissy Spacek to an Academy Award® winning performance plus Sigourney Weaver and Jodie Foster to Academy Award® nominations, was selected to direct. He immediately made M more central to the story and brought in his wife, screenwriter Dana Stevens, to bolster the female characters. Apted also hired Bruce Feirstein, a screenwriter on both GoldenEye and Tomorrow Never Dies.

With Pierce Brosnan back as 007, French actor Sophie Marceau was chosen for the role of Elektra King. Following eye-catching roles as extreme characters Scottish actor Robert Carlyle was cast as Renard (French for “fox”), a terrorist with a bullet lodged in his brain; dying slowly, he is immune to pain. Denise Richards was hired to play nuclear scientist Christmas Jones while Robbie Coltrane returned as Valentin Zukovsky, the popular Russian arms dealer he played in GoldenEye — this time around, Zukovsky owns a casino and caviar factory in Baku.

Filming began at Pinewood on January 11, the first 007 to be based at the studio since 1987’s The Living Daylights, and included location work in Bilbao, Spain where the crew were greeted by 100,000 excited Spanish fans. Second unit director Vic Armstrong and stunt co-ordinator Simon Crane had a heavy workload, with a ski-parahawk chase (filmed in Chamonix, France) and a two-boat chase down the River Thames, as Bond pursues an assassin (Maria Grazia Cucinotta) past famous London landmarks.

The Thames boat chase became part of the longest pre-titles sequence to date. David Arnold returned to compose the film’s electronic-driven score. Since the lyrics of the title song, written by Don Black, came from Elektra’s point of view, Arnold chose Shirley Manson of the alt-rock band Garbage since he believed her voice had a “steel fist in a velvet glove” quality. The World Is Not Enough premiered in November 1999, becoming a huge success.