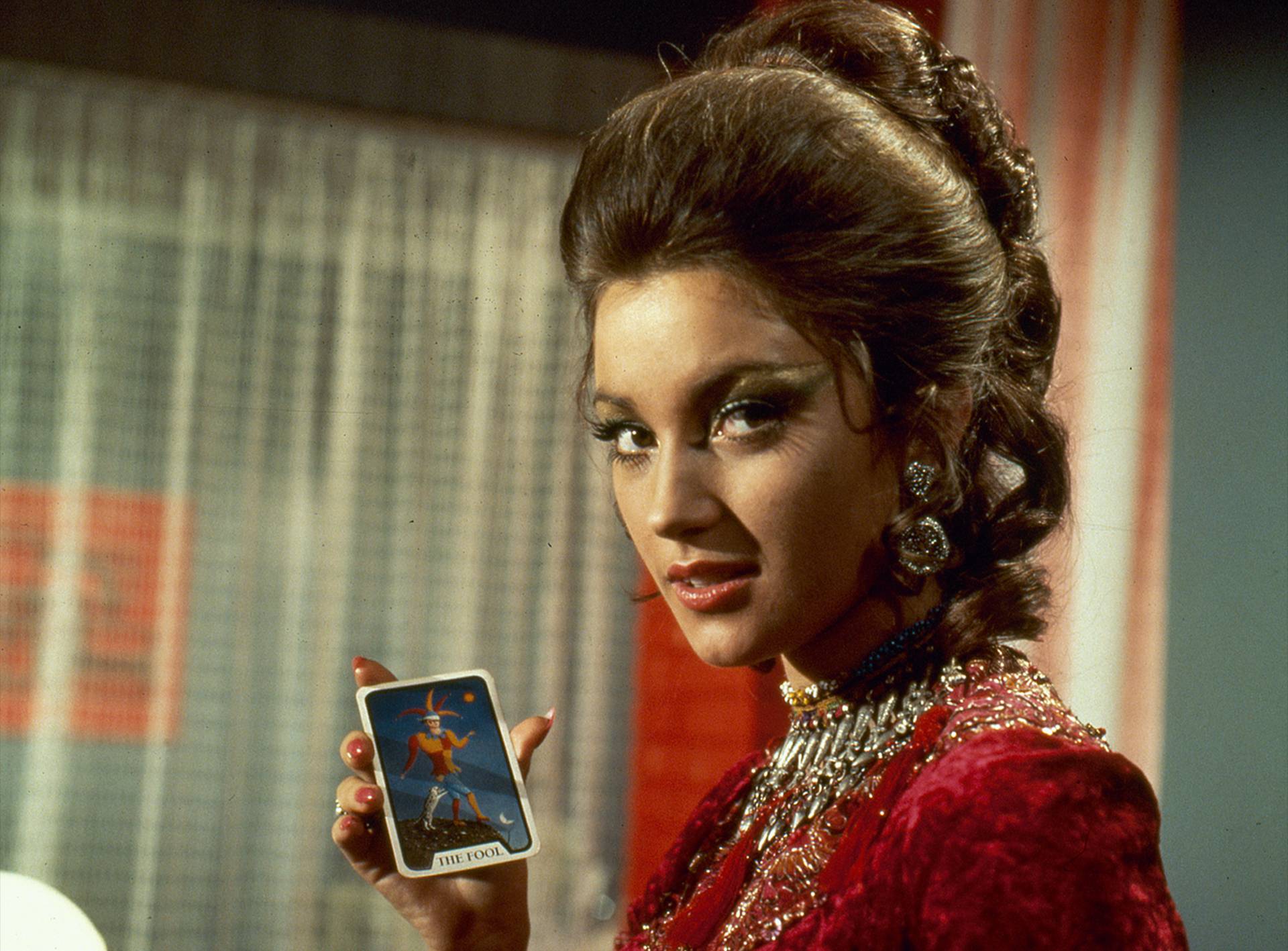 Solitaire (Jane Seymour) believes she is the bridge to the Secret Church where the present and future can be seen through tarot cards. She is kept on San Monique by its corrupt president, Dr. Kananga, who believes she has the power of Obeah. When Bond first meets Solitaire, he selects the Lovers card from her Tarot deck. The implications of this card and her attraction to 007 cause Solitaire to doubt her relationship with Kananga. She sends Bond a tarot card warning him of CIA agent Rosie Carver’s impending betrayal. With the help of a tarot pack full of Lovers cards, Bond seduces Solitaire. The pair then escapes from San Monique, but Kananga, furious at the perceived betrayal, kidnaps her back to his base to be sacrificed in a voodoo ritual. Bond heroically rescues her.