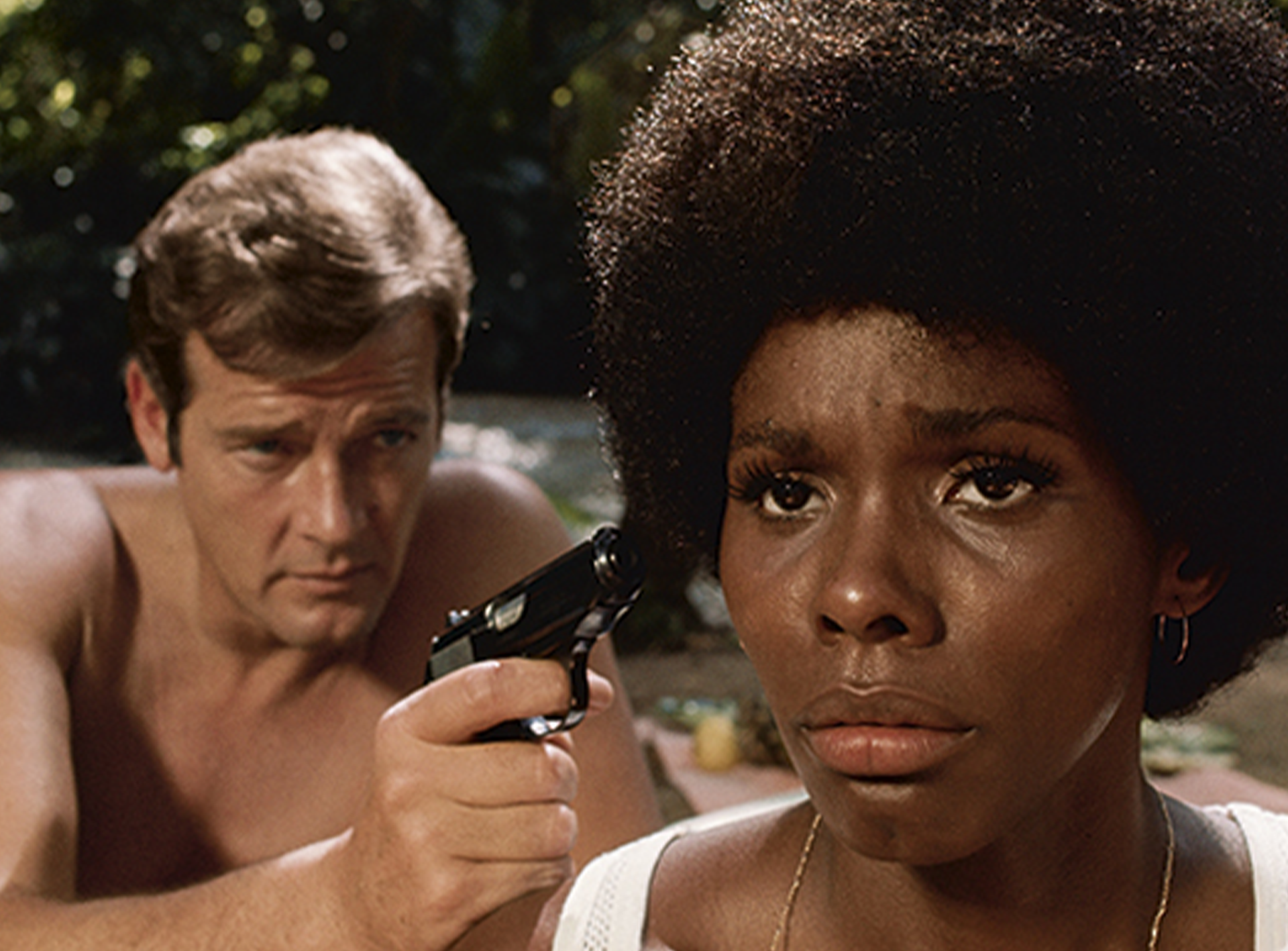 Live And Let Die’s Rosie Carver (Gloria Hendry) is an inexperienced CIA field agent operating on the Caribbean island of San Monique. Yet she has another job. She is also a double agent for Kananga (Yaphet Kotto), the prime minister of the Island who — under the alias Mr. Big — is looking to flood the US drug market with heroin produced on his own plantations. Naïve and superstitious, Rosie drip feeds Kananga crucial bits of intelligence, living in fear of displeasing him.

Bond (Roger Moore) first encounters Rosie when she brazenly checks into his San Monique hotel as Mrs. Bond and enters his room brandishing a Smith & Wesson. 38. She tells Bond this is only her second assignment, after previously being paired with Baines (Dennis Edwards), a British secret agent who has recently been murdered. Bond understandably has little confidence in her abilities.

Rosie later finds a voodoo sign in her bedroom — a small top hat with bloody feathers — and becomes frightened. Bond tries to make light of the situation but she begs him not to leave her alone that night. Next morning, Bond receives a Queen of Cups tarot card in an upside down position anonymously sent by Solitaire — it is a message that Rosie is not to be trusted. The pair are taken to Kananga’s plantation by Quarrel Jr. (Roy Stewart), Bond’s associate. Rosie discovers weapons in a secret compartment on board Quarrel Jr’s boat and mistakes him for a villain. When he appears behind 007 with a rope, she holds him at gun point. Bond soon clarifies the situation.

Bond and Rosie search the spot in the hills where the authorities discovered the body of Baines. Rosie appears afraid and confused, although her assignment from Kananga is clear: to lure Bond into a trap.

After a romantic picnic in a jungle clearing, Bond confronts Rosie with the incriminating tarot card. She says she dare not tell him anything, telling him, “They’ll kill me if I do.” When Bond aims his gun at her, Rosie runs in panic. She is shot by a gun hidden in one of Kananga’s scarecrows.