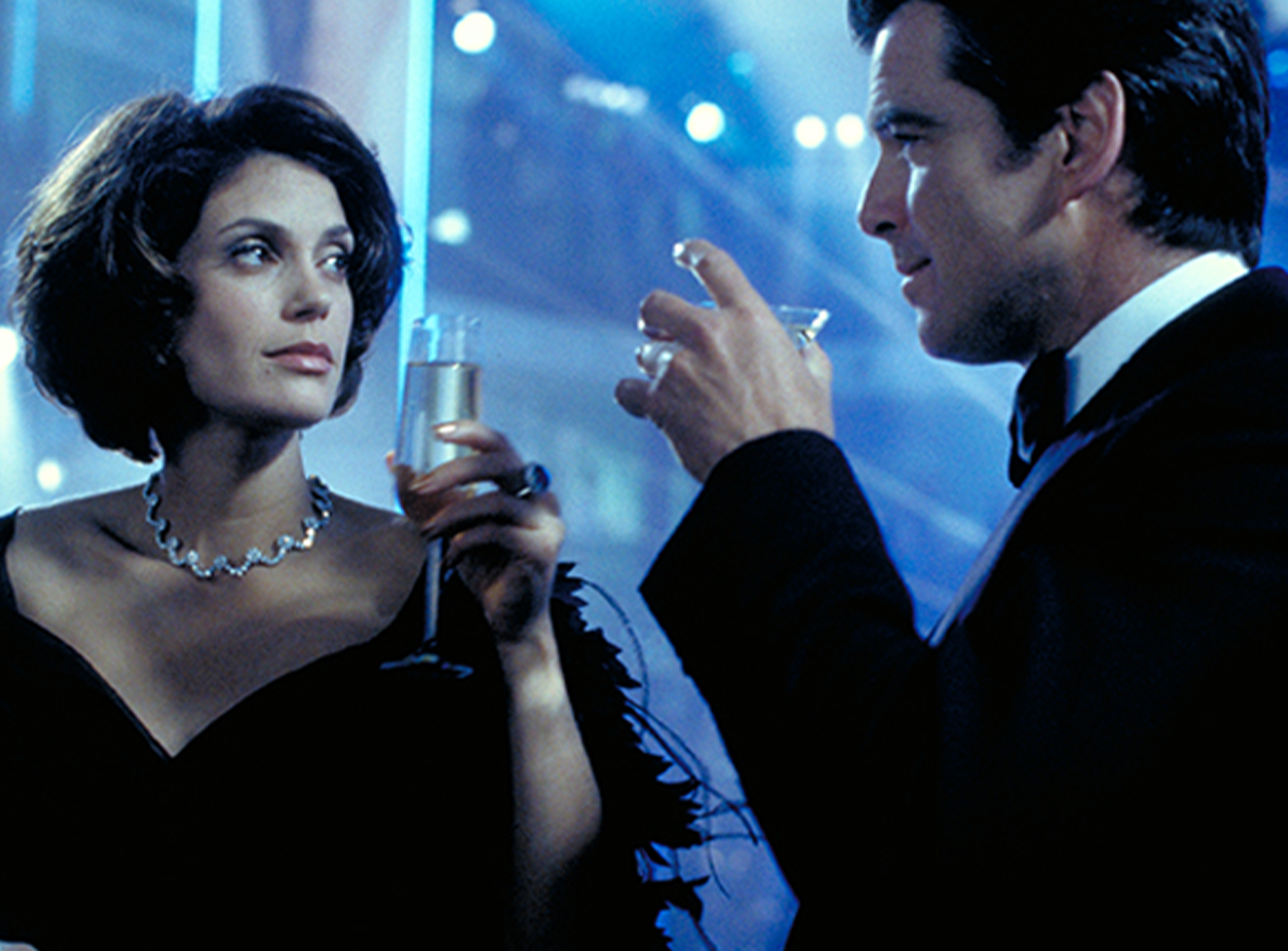 An old flame of James Bond (Pierce Brosnan), Tomorrow Never Dies’ (1997) Paris Carver (Teri Hatcher) is the sophisticated, cosmopolitan yet unhappy trophy wife of British media baron Elliott Carver (Jonathan Pryce). MI6 believes Carver is orchestrating a war between England and China to boost the ratings of his news outlets. M sends 007 to investigate, instructing him to play on Paris’ feelings for him to discover more about Elliott’s plans.

Bond and Paris re-meet at a party in Hamburg celebrating the launch of her husband’s new global satellite network. She slaps Bond hard across the face when she sees him again, to the shock of the guests. “Was it something I said?” he asks. “How about the words, ‘I’ll be right back,’” she retorts.

Paris has changed over the years but she remembers Bond very well, pointedly asking him if he still sleeps with a gun under his pillow. A jealous Carver asks his wife how she knows Bond. Thinking quickly on her feet, she lies, telling him Bond dated her room mate during her days in Zurich and she barely knew him. Through video footage at the party, Carver sees Paris deep in conversation with Bond from earlier in the evening and decides to keep tabs on his wife.

Later, Paris turns up at Bond’s hotel room, admitting she used to check the newspapers for his obituary. In turn, Bond reveals the reason he left the relationship was because it was becoming “too close for comfort”. The two spend a passionate evening together. Crucially, Paris helps Bond discover the location of her husband’s secret laboratory.

When he learns of this betrayal, Carver dispatches sadistic hitman Dr. Kaufmann (Vincent Schiavelli) to assassinate her. Bond returns to the hotel room to find Paris still in his bed — dead. Dr. Kaufmann then confronts Bond who turns the tables and uses his mobile phone to stun Kaufmann with 20,000 volts before shooting him with his own gun. 007 finally avenges Paris’ murder and completes his mission by killing Elliott Carver with a powerful sea drill.