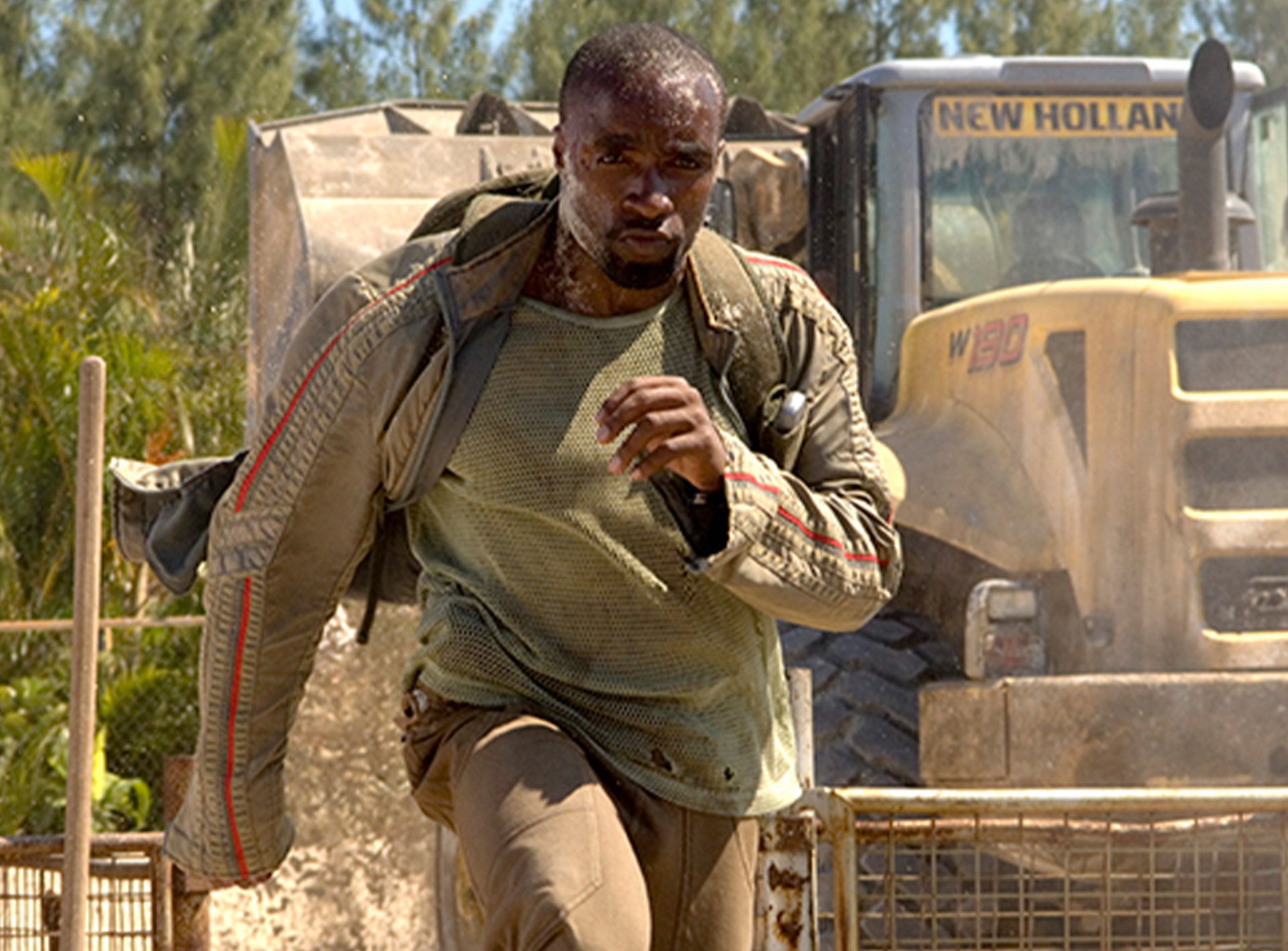 Mollaka is engaged by Alex Dimitrios (Simon Abkarian), a middle man for terrorist banker Le Chiffre (Mads Mikkelsen), to destroy the Skyfleet S570, a prototype of the world’s largest airliner, at Miami International Airport. In Madagascar, Mollaka attends a cobra/mongoose fight unaware he is under surveillance from two MI6 agents to apprehend him, James Bond (Daniel Craig) and Carter (Joseph Millson).

Mollaka evades Carter, leaping through an empty swimming pool where the agent is bitten by the cobra and killed. With Bond in pursuit, Mollaka, heading for sanctuary in the Nambuto Embassy, charges headlong into a construction site. He sprints up the girders forming the skeleton of a building, assuming 007 will remain on the ground. Bond refuses to give up, pursuing the saboteur even when Mollaka scales a construction crane and then leaps down onto a rooftop.

Bond follows Mollaka into the Nambuto Embassy, determined not to let him get away. 007 captures Mollaka but is surrounded by the Embassy chief and guards. Held at gunpoint and ignoring orders to keep Mollaka alive, Bond shoots him in the head along with a nearby gas cylinder, the subsequent explosion allowing him to escape with Mollaka’s backpack and phone.

The explosion is captured on CCTV and becomes front page news in England. Yet Mollaka’s death does not neutralise the danger. Dimitrios hires a new bomber Carlos (Claudio Santamaria) calling 007 into a rendezvous with the Skyfleet S570.