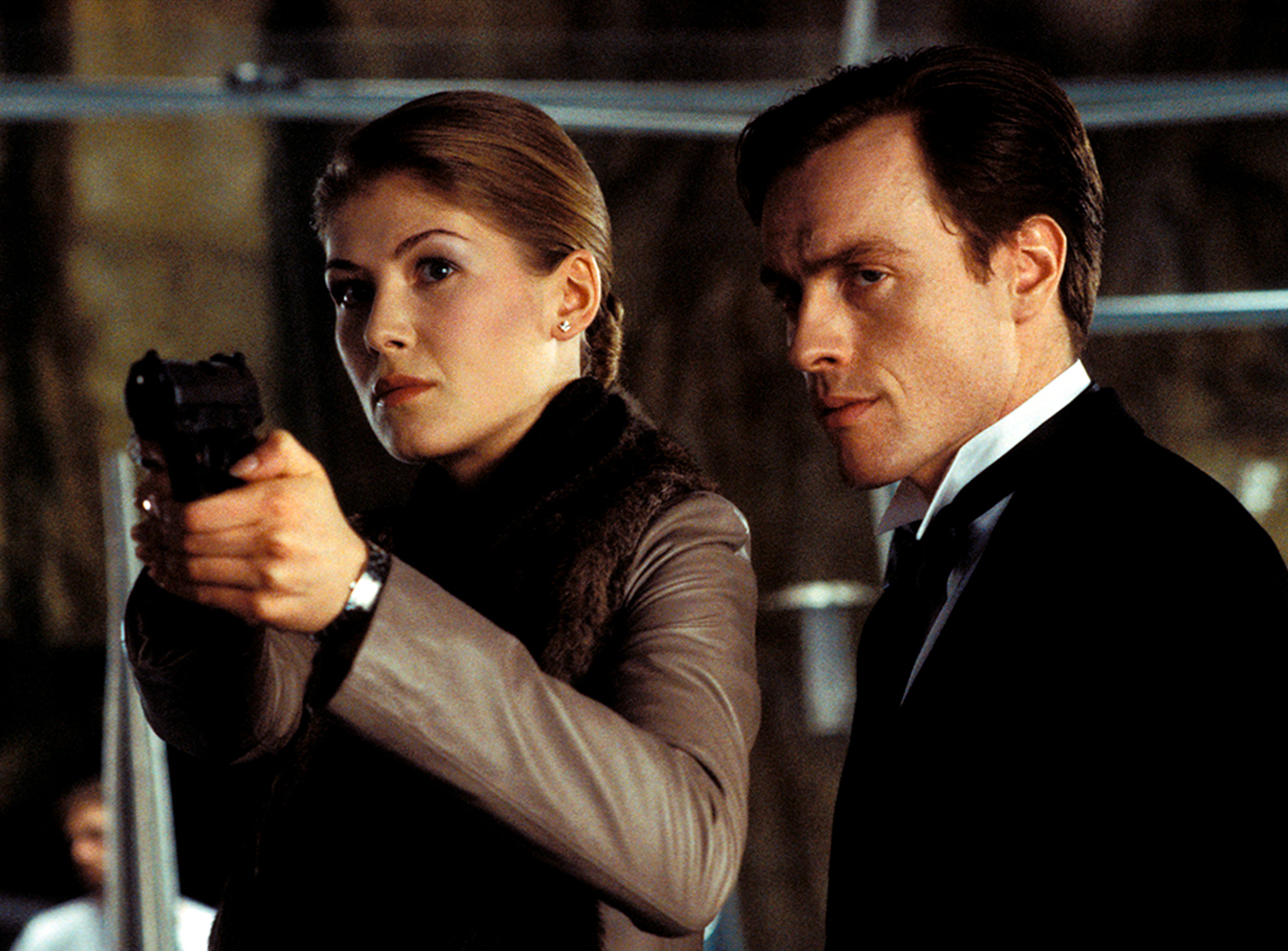 The aloof, articulate and cold-hearted MI6 Agent Miranda Frost (Rosamund Pike) from Die Another Day (2002) is a Harvard educated, Olympic standard fencer and also the secret lover of Gustav Graves (Toby Stephens) aka Colonel Moon. The pair first met and fell in love trying out for the fencing team for Harvard, before Moon returned to Korea. Years later, when Frost won the Olympic gold by default at Sydney, it was because Moon arranged for the true winner to overdose on steroids. This devious act sealed Frost’s allegiance to Moon, even when DNA replacement changed his appearance to become Graves.

Having spent three years in MI6’s cryptology department, Frost pretends to spy on Graves while working under the guise of his publicist but secretly passes on the Ministry’s secrets to her lover. She is instructed by M (Judi Dench) to work alongside Bond (Pierce Brosnan) but does not approve of his methods or reputation. She still helps Bond stay under cover by kissing him when 007 is caught by Mr Kil (Lawrence Makoare) and his minions. The pair spend the night together in Frost’s room to maintain the pretence they are lovers.

Bond awakes and goes in pursuit of Graves, Frost pleading with him not to go. When Bond finally confronts Graves it comes to light she is the traitor who betrayed him in North Korea, which led to 14 months of incarceration and torture by the North Koreans. Bond moves quickly to kill her, but realises that his weapon is empty — Frost had cannily taken the opportunity to empty his Walther P99. Under the aim of Frost’s gun, Bond deploys the sonic agitator ring, courtesy of Q dept., to shatter the glass platform that supports them. Frost and Bond fall into the jungle environment of Graves’ dome HQ, the villains escaping in an Antonov An-124 aircraft.

Bond, and his CIA counterpart Jinx (Halle Berry), track down Graves and Frost in Korea. Boarding Grave’s plane, Jinx is confronted by Frost at the controls of the aircraft. As the plane spirals out of control, they engage in a fencing duel, Frost slicing Jinx across the stomach and telling her she can read her opponent’s every move. Jinx manages to stab Frost in the chest. The wound is fatal and Frost falls backwards to her death.