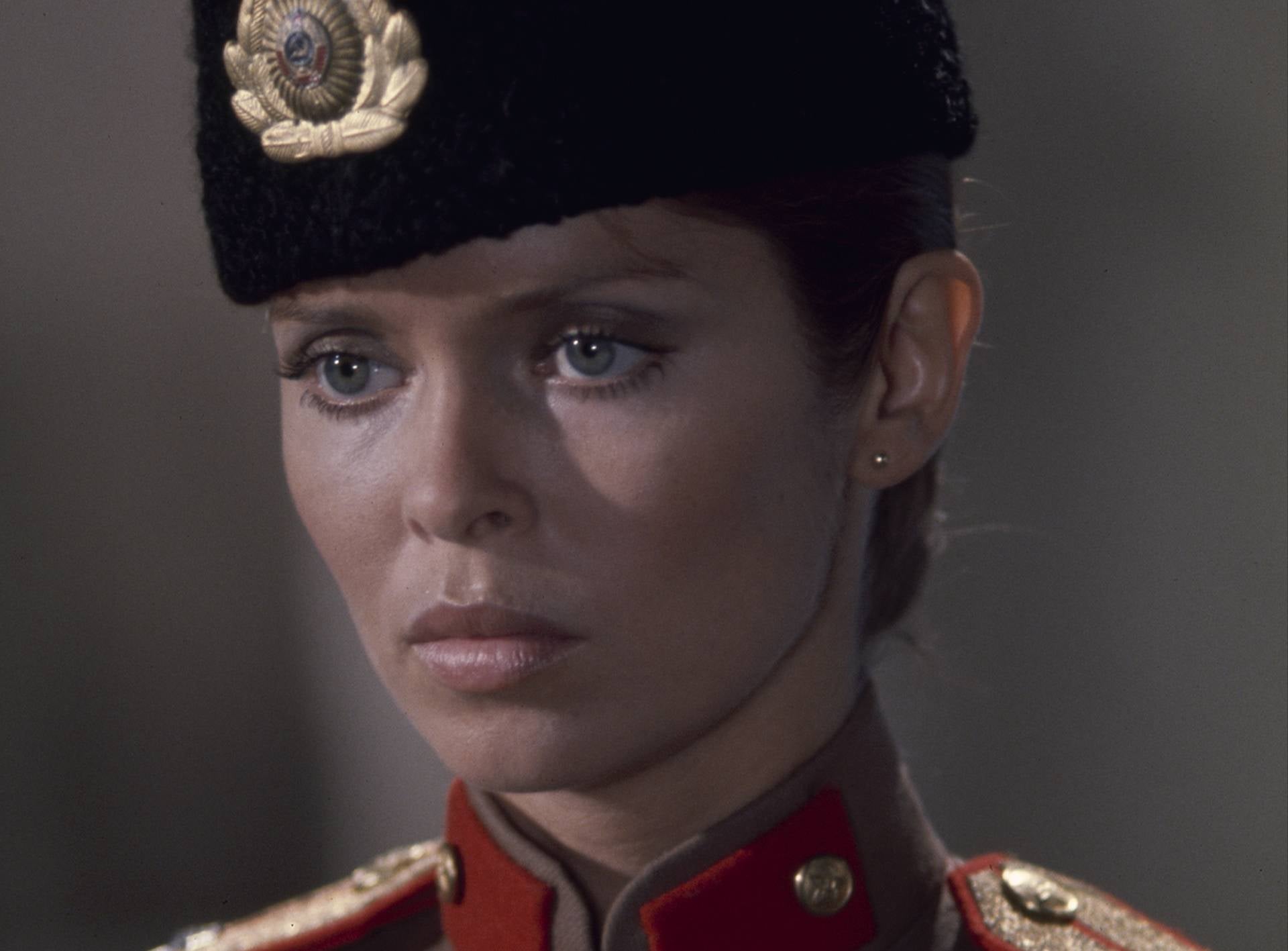 Major Anya Amasova (Barbara Bach), Agent XXX of the KGB, works with Bond in The Spy Who Loved Me to locate and recover two hijacked nuclear submarines. After returning from vacation, KGB chief General Gogol instructs Amasova that the nuclear submarine Potemkin has disappeared and that also her KGB lover Sergei Barsov has been killed by the British Secret Service. In Egypt, Anya pursues the submarine tracking system microfilm offered for sale by Max Kalba. There she first encounters 007 at the pyramids of Giza while meeting contact Aziz Fekkesh. She meets Bond again at The Mujaba Club where the pair shares knowledge of each other’s dossiers and attempt to bid for the microfilm. When Karl Stromberg’s henchman Jaws kills Kalba, Anya and Bond follow the giant to retrieve the microfilm, which Anya wins for the KGB by blowing narcotic dust from a trick cigarette into Bond’s face. But when she contacts General Gogol she discovers the Soviets and the British have now agreed to pool their resources meaning she needs to work with Bond again. After surviving another attack by Jaws, Anya discovers that 007 killed her KGB lover and vows to get revenge when the mission is over. Realising that shipping magnate Stromberg is behind the nuclear submarine hijack, Bond and Anya head to Stromberg’s Liparus supertanker but Anya is captured and taken to his marine research laboratory – Atlantis. Bond rescues Amasova and they flee in Stromberg’s escape pod where she must decide whether to fulfill her vow to kill Bond or not.