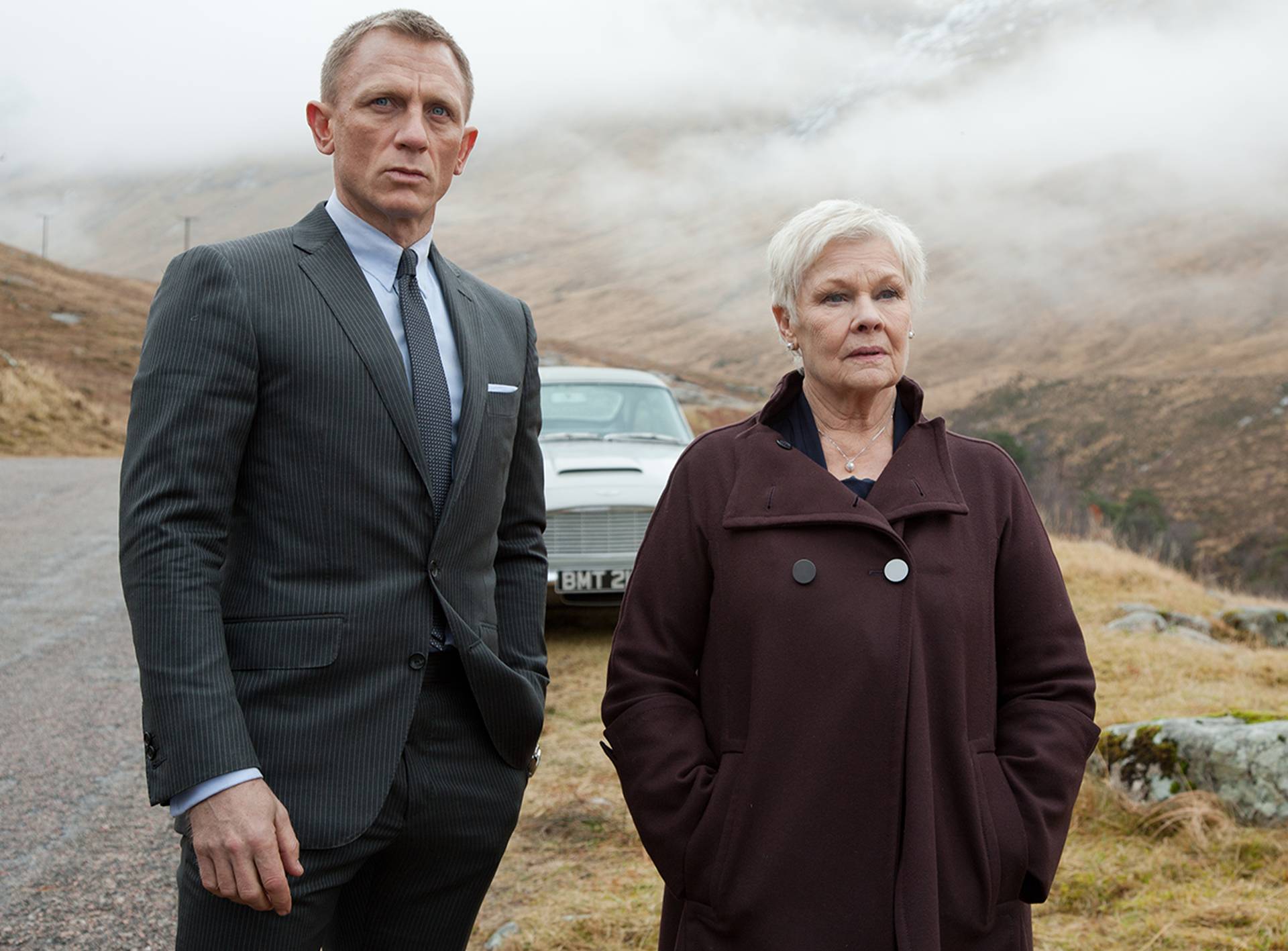 In GoldenEye (1995), a new female M, played by Dame Judi Dench, takes charge of MI6. She sees Bond as a “sexist, misogynist, dinosaur, a relic of the Cold War,” but like her predecessors, she sees a use for Bond and his methods. In Casino Royale (2006), M presides over bond’s initiation as an “00” agent, a narrative shift that relaunches both Bond and M in the 21st century. M guides Bond’s transformation from a skilled agent who occasionally fails to see the bigger picture to a hardened operative guided by larger objectives.

In Skyfall (2012), M finds herself in political hot water when a hard drive containing the names of nearly every undercover NATO agent falls into enemy hands. In an attempt to recapture the drive she instructs Eve Moneypenny to take a high-risk shot, resulting in Bond being hit. Unknown to M, Bond survived the attack and eventually shows up at her London home. Refusing to apologise for making the judgement call, she is nevertheless glad to have Bond back. M conceals the results of Bond’s failed physical, shooting and psychological tests and sends him to Shanghai. His mission results in the capture of Silva, a cyber-terrorist, who M reveals once worked for her but whom she traded to the Chinese for six agents. Silva has since longed for revenge and escapes from his MI6 cell and attempts to kill M. Bond takes M to temporary safety at Skyfall, his old family home. During Silva’s attack on Skyfall, M is injured and finds refuge in a chapel. Silva eventually finds her and begs her to end both their lives. Bond kills Silva and cradles M as she dies. Following her death she bequeaths Bond her Royal Doulton Bulldog, revealing her true name to be Olivia Mansfield.

Dame Judi Dench played M in seven Bond films over 17 years, from GoldenEye (1995) to Skyfall (2012) and made a cameo in Spectre (2015). Daniel Craig on Dench; “Judi Dench can say a hundred words and make them sound wonderful, but can also give one look and break your heart.”