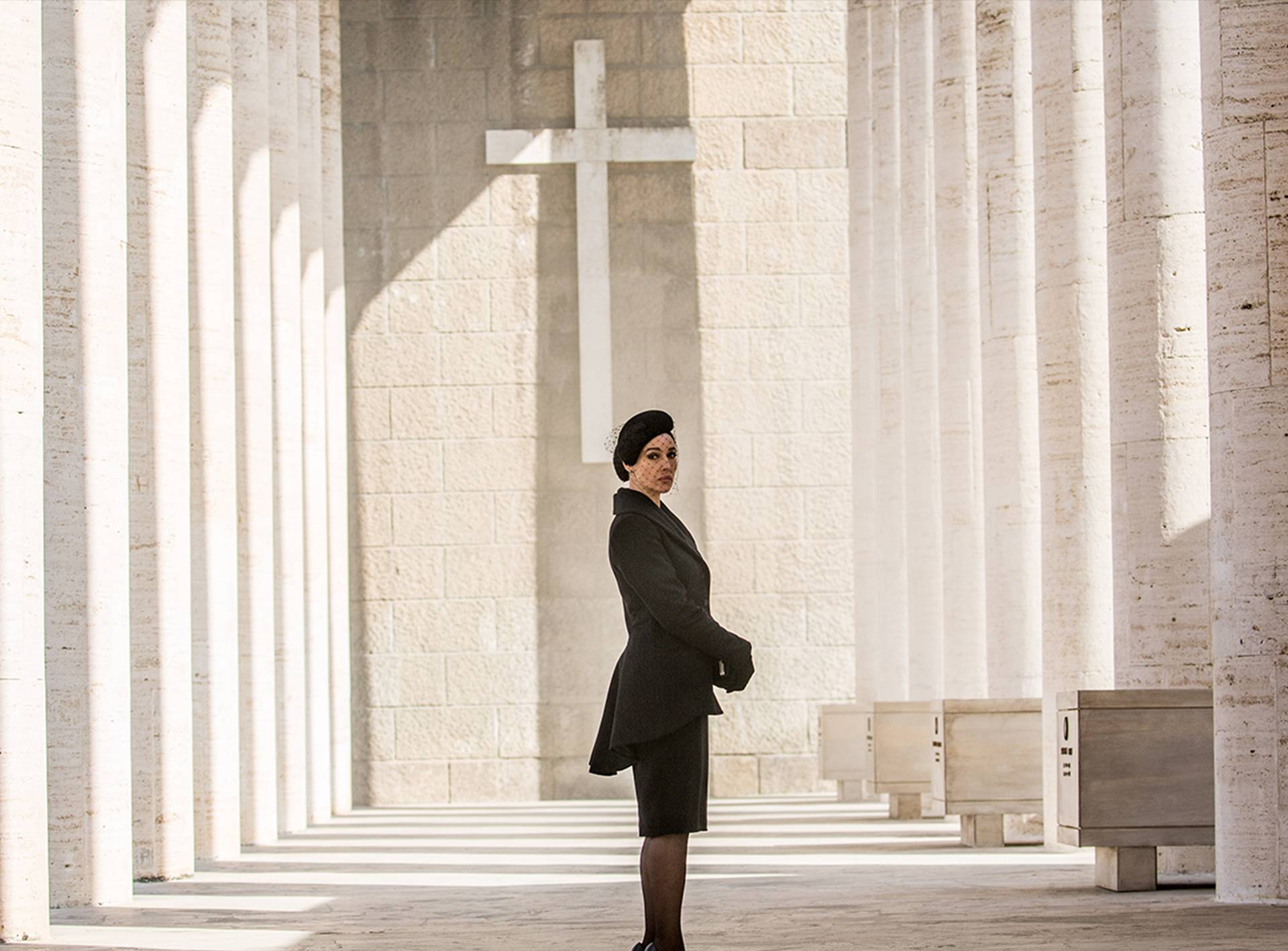 The opening sequence of Spectre sees Bond on a rogue mission to Mexico City during the Day of the Dead celebrations. Having scaled the rooftops of the city, Bond finds his target and shoots. The mark, Marco Sciarra, escapes as the building explodes around him and a chase between Bond and the criminal ensues eventually ending in Sciarra’s death.

After killing Sciarra, Bond travels to Rome where he meets Lucia (Monica Bellucci), Sciarra’s beautiful widow at his funeral. Bond follows the widow back to her villa, where he saves her life from two assassins, knowing that she holds the secrets to help him with his mission. Lucia instantly distrusts Bond, angry that he has signed her death warrant by killing her husband. Eventually she gives in and tells Bond that the organisation that Sciarra worked for will meet that night to find his replacement. As Bond leaves he makes arrangements for Lucia to find safety with his old friend Felix but she warns him that he is “crossing over to a place where there is no mercy.”