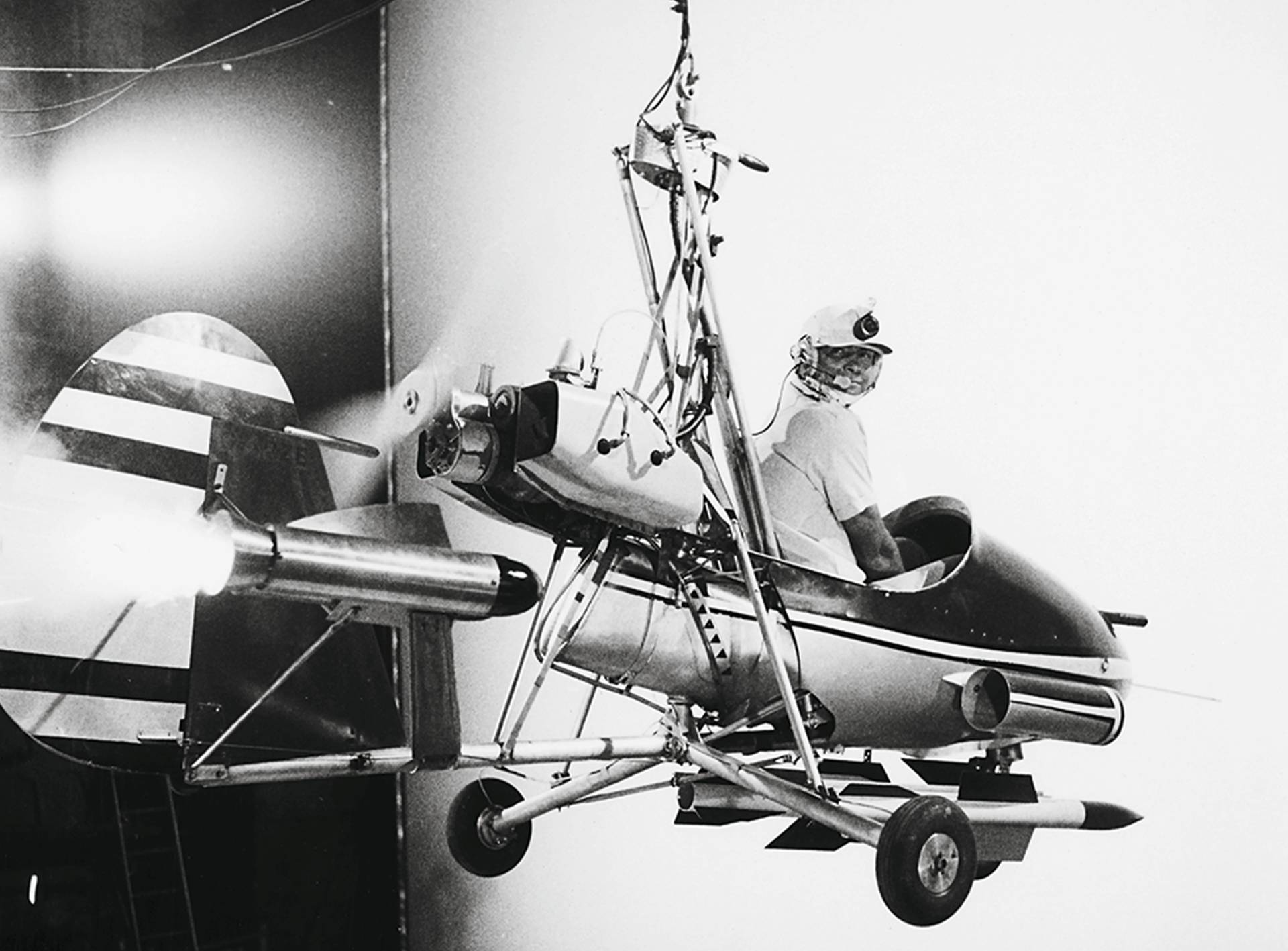 James Bond uses a Wallis autogyro, nicknamed Little Nellie, in You Only Live Twice (1967) to carry out surveillance work in Japan in an attempt to locate Blofeld’s rocket base hidden on the southern islands.

Real life Wing Commander Ken Wallis designed this unusual machine in the early 1960s. Unlike a helicopter, only the autogyro’s rear engine provides power during flight. Once airborne the top rotor spins freely due to the force of the air. The Wallis autogyro has the advantages of precise handling, safe operation, high ground speed and high altitude operation.

Ken Wallis recalled that Little Nellie got her name following a tradition in the Second World War of nicknaming anyone called Wallis or Wallace, Nellie, after Nellie Wallace, the famous British music hall star and actress.

In You Only Live Twice, Q branch have modified the gyro so that it includes a number of gadgets and weapons, including two fixed machine-guns, and can be neatly dismantled into four trunks. Bond uses these on board weapons and gadgets to overcome four SPECTRE helicopters.

You can see Little Nellie at Bond in Motion: londonfilmmuseum.com/