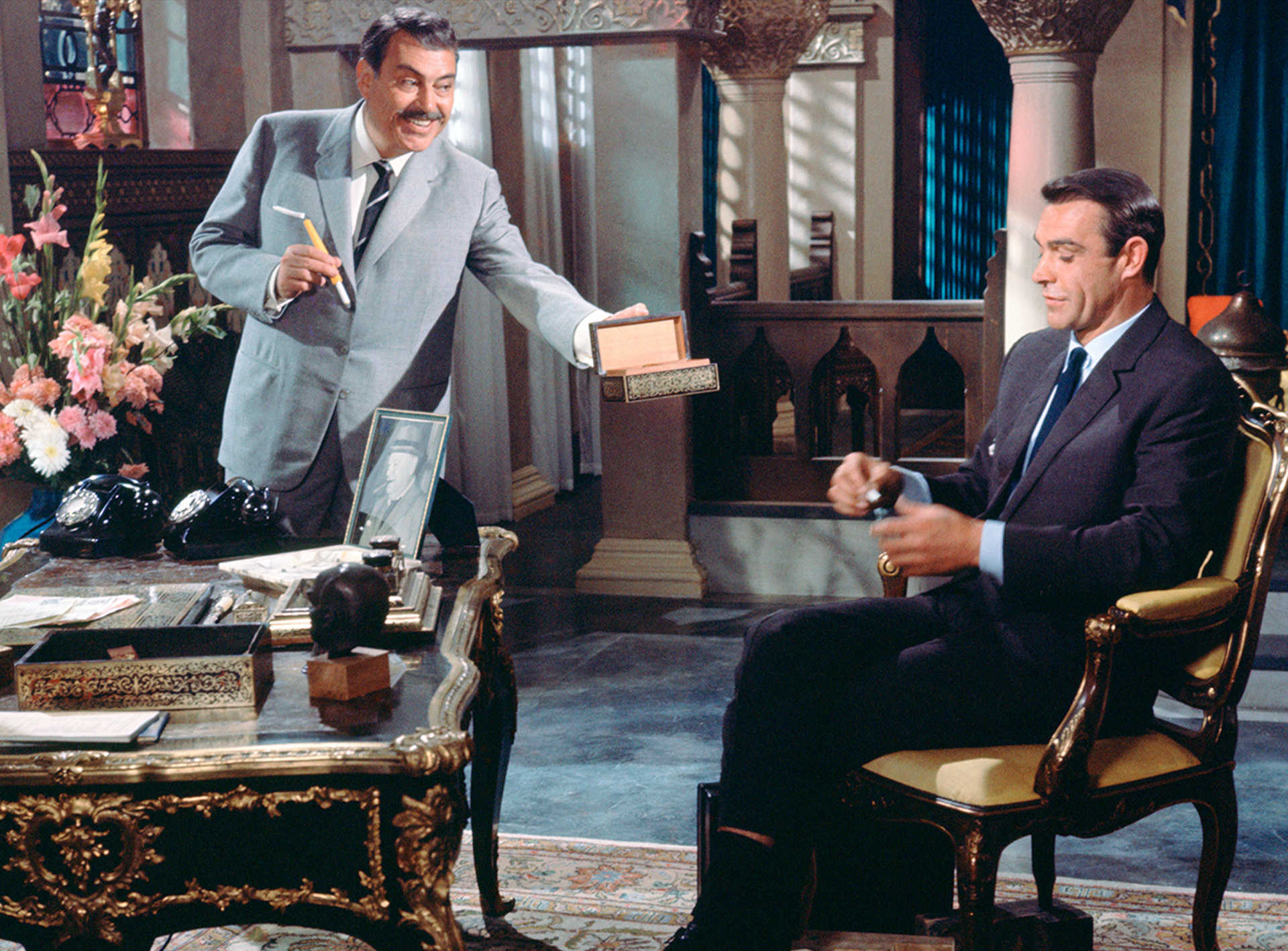 Robust, confident and wise, Kerim Bey (Pedro Armendáriz) is the head of Station T in Istanbul. During Bond (Sean Connery)’s mission to retrieve the Lektor decoding machine in From Russia With Love (1963), Bey becomes 007’s loyal ally and trusted companion. Bey is in many ways a mirror of Bond: both share a lust for life, a love of women and a commitment to completing a mission. It is no wonder they work so well together.

Bey enters Bond’s orbit when Soviet Army Intelligence Corporal Tatiana Romanova (Daniela Bianchi) contacts him asking for his help to defect to Europe. She claims she had seen a photo of Bond in a secret file and taken a shine to him and offers to hand over the Lektor machine in exchange for Bond escorting her — and the decoding device — back to England. Bey contacts M, who sends Bond out to Istanbul to investigate.

Meeting Bond in his office, Bey reveals he believes the Russians are trying to lure Bond into a trap. As Bond heads back to his hotel, Bey narrowly escapes being blown up by a limpet mine.

Subsequently Bey decides to spy on the Russians. Leading Bond through a hidden door and down some steps, the pair are faced with a subterranean reservoir built by the Emperor Constantine around 350AD. Bey and Bond take a small boat down to a tunnel and walk into a small cavity beneath the Russian Consulate building. Using a periscope gifted from the British Navy, he spies on a Military Intelligence meeting which includes Benz (Peter Bayliss) and Krilencu (Fred Haggerty), an assassin and old nemesis of Kerim.

Bey and Bond visit his friend Vavra (Francis De Wolff) at a gypsy camp to glean information about Krilencu. They are diverted by a battle between two women in love with the same man and decide to stay for food and raki. The fight is interrupted when Krilencu and his men attack the camp, injuring Bey who swears instant revenge. Bey’s plan for vengeance sees his sons dress up as two policemen and ring Krilencu’s doorbell, causing the assassin to escape from a trapdoor around the back. Kerim is ready and waiting with Bond’s AR-7 sniper rifle and, resting the weapon on Bond’s shoulder for steadiness, shoots him dead.

Repaying Bond’s help, Bey helps Bond to steal the Lektor by setting a bomb off under the Russian consulate. Bey and Bond, along with Tatiana, escape and board the Orient Express, Bey taking Benz captive for spying on them. Bey guards Benz but is stabbed to death by SPECTRE operative Donald “Red” Grant (Robert Shaw) who makes it look that Bey and Benz killed each other.