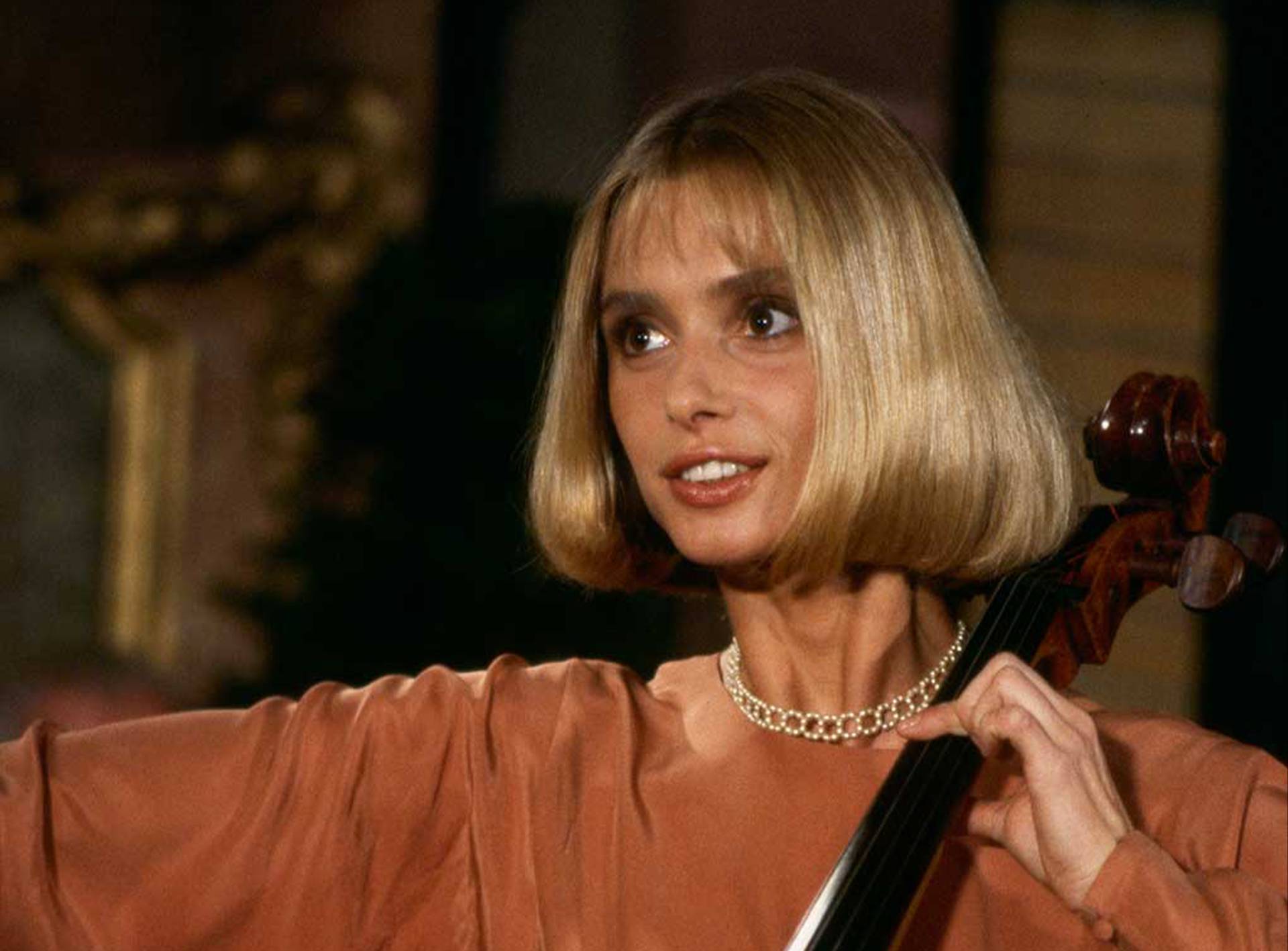 In The Living Daylights cellist Kara Milovy (Maryam d’Abo) is the Czech lover of rogue KGB General Georgi Koskov. He sets her up as a sniper, firing rubber bullets, to make his defection to the British appear genuine. Bond shoots the gun from her hand sensing she doesn’t know what she is doing. Koskov is snatched back, apparently by the KGB, sparking Bond to investigate Milovy. She travels with Bond to Vienna and then on to Tangier. Without Bond’s knowledge she discovers Koskov is in Tangier and works with him to drug Bond. Before he passes out, Bond tells Kara that he is a British agent and that Koskov has betrayed the Russians, the British and Kara herself, setting her up to be killed. In Afghanistan, Kara is convinced of Koskov’s treachery and becomes Bond’s ally, helping him escape from a Soviet airbase and joining a group of mujahideen fighters to rescue Bond when he becomes trapped in Koskov’s drug convoy.